The second new track from their upcoming album The Balance [out April 26 on Capitol Records], “Fluctuate” aired for the very first time today on long-time supporter Zane Lowe’s World Record on Apple Music’s Beats 1 and is now available as an instant download for fans who pre-order the album.

Before its official release, Catfish and the Bottlemen performed “Fluctuate” live throughout summer 2018 as a preview of new music to come, and the song quickly became a fan-favorite. Audiences can expect to hear more new tracks from The Balance during the band’s upcoming U.S. headline tour which kicks off March 12. Less than an hour after going on sale, their show at Brooklyn Steel in Brooklyn, NY on April 3 sold out. Tickets for the remaining shows are available HERE, and full routing can be found below.

“When I’m writing a new song, the audience is all I really see. I get a vision of them in my head before I properly hear the melody or anything like that,” explains front man Van McCann. “If we put three or four of these songs in the set, it’s going to be so strong. This run of shows we have coming up is just perfect timing, getting the chance to play new songs that go hand in hand with a wild night out.”

“Fluctuate” follows the band’s January single release: “Longshot,” which has amassed over 12.8 million global streams and is rapidly climbing Alternative radio charts. The song also scored Catfish and the Bottlemen their highest UK singles chart placing to date. Together with a string of sold-out UK arena dates, the wild reception to their first new music since 2016’s gold-certified The Ride brings renewed attention to the phenomena of the band’s unassailable ascent in the company of a youthful, ever-growing family of fans.

In the breaks between their electrifying outdoor and festival shows, McCann (vocals, guitars), Johnny Bond (guitars), Robert “Bob” Hall (drums), and Benji Blakeway (bass) recorded The Balance over a 12-month period in the company of Irish producer, Jacknife Lee. It was recorded in two, secluded studios; Grouse Lodge, in Moate, Republic of Ireland, and The Chapel in the countryside of East Lincolnshire. The album was mixed by Craig Silvey.

Mirrors, metallics and reflective materials are the hallmarks of award-winning fashion designer Perry White. This editorial is called “Vision” and futuristic eye-wear is a metaphor for looking ahead and being inspired. 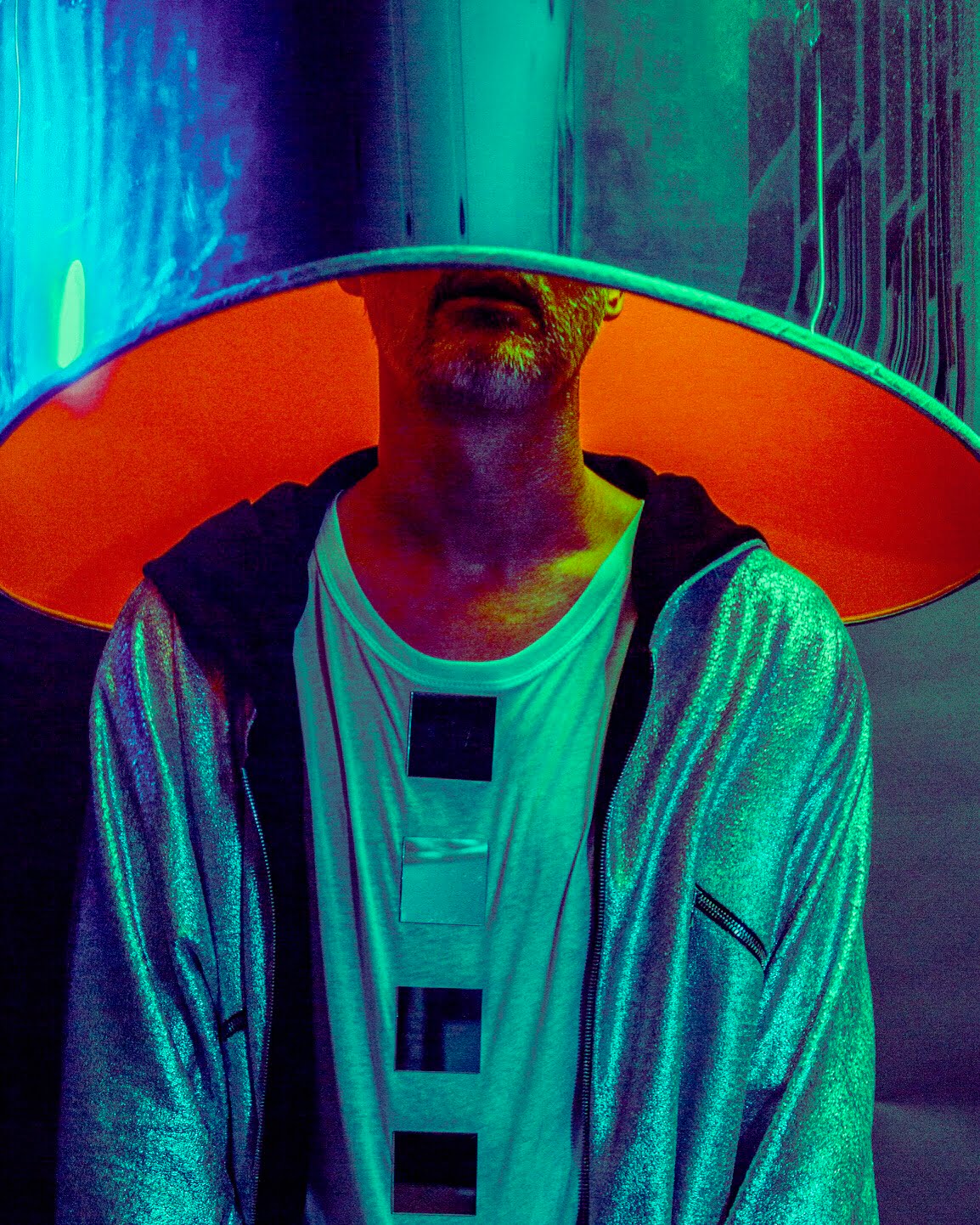 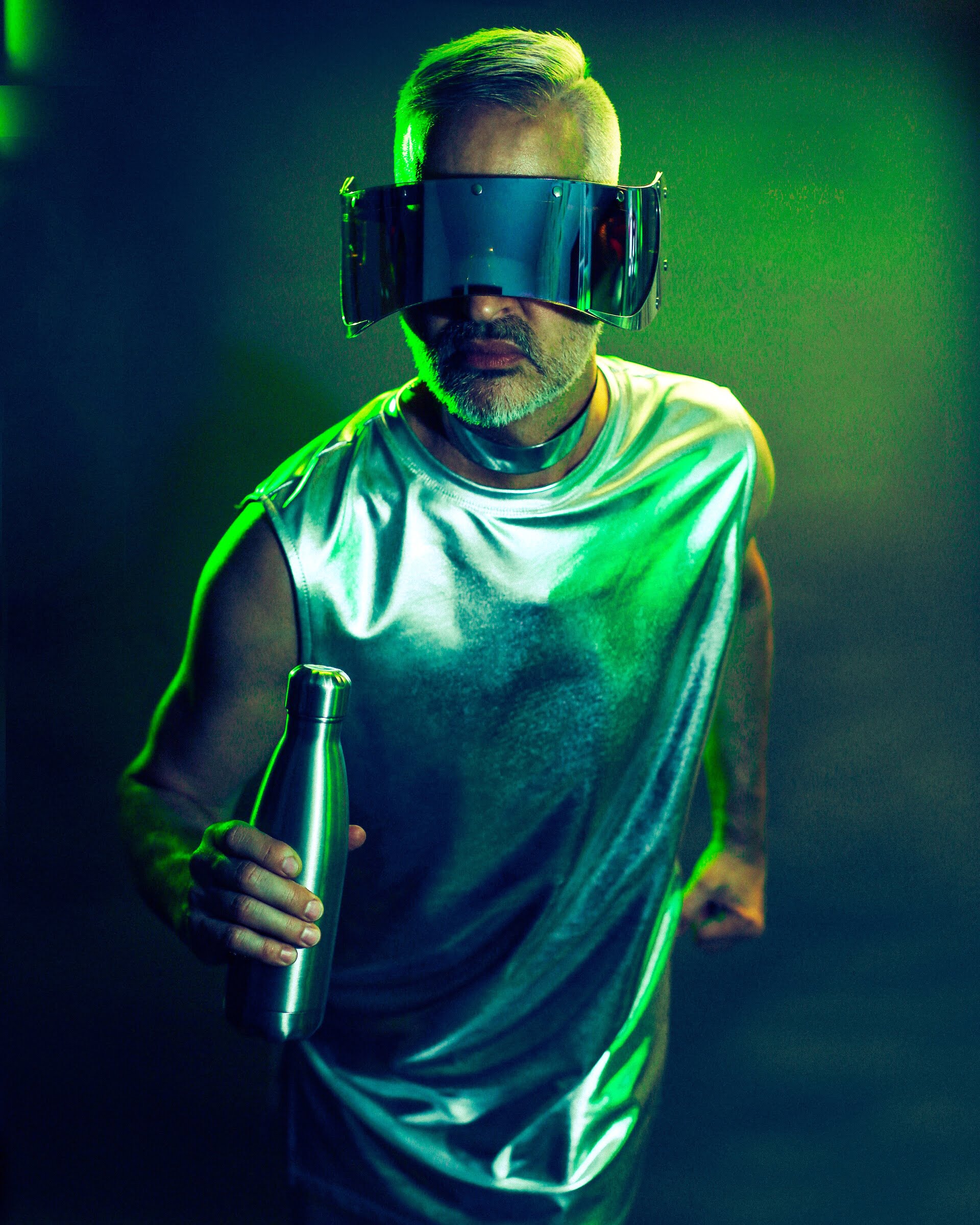 Champion celebrates the launch of a limited-edition capsule collection, Carrots University by Champion, in partnership with Carrots by Anwar Carrots, sold exclusively at the Champion Los Angeles store beginning on June 8th. The public was able to get a sneak peak of the collection on June 7th in Los Angeles. The exclusive collection will be available on Champion.com on June 19th. The apparel brand partnered with Anwar “Carrots” Washington because of the designer’s dynamic approach to aesthetic both in his personal style and creative output, which mirrors Champion’s own vision. The collection showcases collegiate-inspired products on Champion College Apparel, and Anwar’s aspiration of creating his own University is shown through Carrots branding and identity. Anwar has become an entrepreneurial leader of the next generation of Los Angeles creatives and fashion icons through street culture and music. 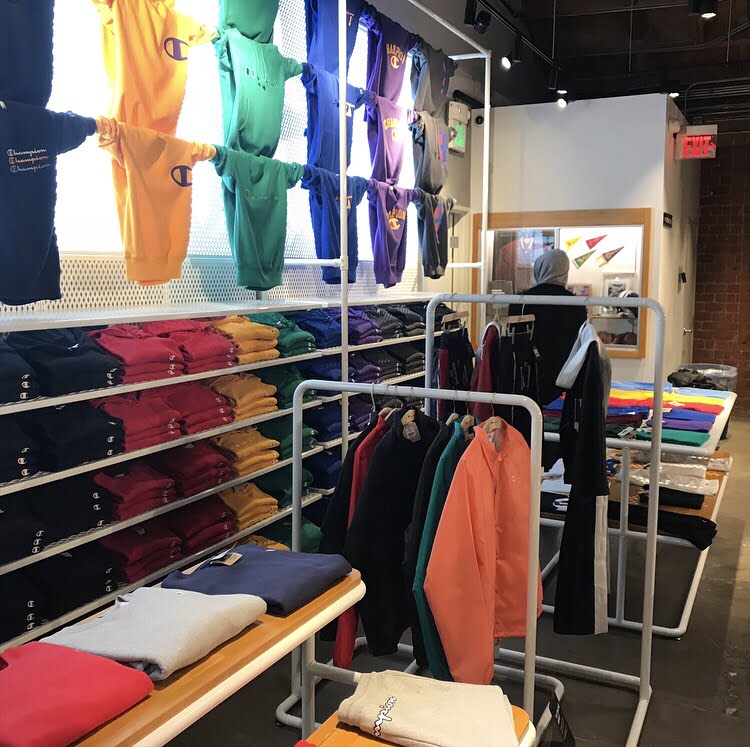 Catch Quality Control Record’s Coach K as he heads to Morehouse College Wednesday night to teach a masterclass with students in Atlanta, 7pm EST, followed by a Q&A at 8pm. The event will be livestreamed Wednesday night on Morehouse TV.

How did he stick to his vision and create his own blueprint for success in the midst of the chaos of dealing with artists and making their visions a reality?

Join the livestream this Wednesday, 7pm at Morehouse College, an historic African American college and the alma mater of many rhodes scholars and civil leaders, including Rev. Dr. Martin Luther King Jr.

For their first collaborative release, Virgil Abloh (Off-White ℅ Virgil Abloh) and Heron Preston present “COLLABORATION”, a concept carryall that incorporates the designers’ common exploration of industrial elements. This accessory is a living hybrid: its dual-colored strap is a fusion of Off-Whites graphic yellow Weight Securing System strap and Preston’s signature orange band with the branded word “Style” in Russian. The strap is a purposeful note of asymmetry in a piece with clean balance. The transparent body is printed with Off-White’s famed diagonal white lines, along with the words “COLLABORATION”. Black carabiner clips secure the strap, while inside, an industrial netting-inspired inner tote is a textural contrast to the sleek exterior. Substantial industrial hardware finishes the design, with metal nuts that cleanly secure orange leather straps.

“Heron Preston’s ability to think without limits comes to life in this bag we created together,” Abloh says. “The mix of the materials combined with Off-White DNA lead to a final product that suggests a different idea of a “handbag”.”

Heron Preston is the true embodiment of an artist born of the post-internet generation. Multi-faceted and genre-bending, he is a cultural icon in youth culture, and emerging designer in high fashion. He founded his eponymous fashion brand in 2016, and in two short seasons has garnered an international following. The common thread among his impressive bodies of work is a commitment to innovation, experimentation, and unpredictability. Heron Preston finds particular joy in the unexpected; taking conventional themes and reinterpreting them. Take for example his “UNIFORM” project from 2015, the designer’s first major collection, in which he collaborated with the NYC Department of Sanitation on a series of zero waste themed clothes and accessories. He’s also served as the global digital producer for Nike and of course, creative consultant to Kanye West, most notably on his work for the Life of Pablo and Yeezy fashion label.

Established in 2013, Off-White is defining the grey area between black and white as a color.  Under the brand name, seasonal collections of men’s and women’s clothing, objects, furniture, and publications are articulating a current culture vision. Collections embedded in a recurrent back story with an emphasis on creating garments that have an identity by design. With a design studio based in Milan, Italy the label harnesses the history and craftsmanship within the country yet offers a global perspective in terms of design and trends. With a clear vision of splicing the reality of how clothes are worn and the artistic expression of high-fashion, creative director and designer Virgil Abloh explores concepts in the realm of youth culture in the contemporary context.

On the video Molly Sides noted: “Making a music video is like adding the missing ingredient to a sonic recipe. ‘Speed Queen’ is a high octane rebellious story of desire; an aural vision and a labor of love. The energy behind the scenes was intoxicating and we hope that everyone who watches feels and tastes the wild concoction that is ‘Speed Queen.’ And may even want to join the journey of these rebels.”

The video, which premiered on Refinery 29, begins under the red hot Sedona, Arizona sun (as the first line states), where a hyper-charged narrative unfolds as the drifter played by Whitney Petty meets the “Speed Queen,” played by Molly Sides. It mixes rock-n-roll, leather, bar fights, and an epic love story all wrapped to make one killer video.
“Speed Queen” produced by Sylvia Massy [Johnny Cash, Tool] is the first of the band’s string of new music coming soon. Check out “Speed Queen” Here! Stay tuned for a whole lot more…

Thunderpussy. If Thor’s Hammer of the Gods from “Immigrant Song” landed in the hands of four wise, willful, and wild women? Well, it would sound something like Thunderpussy. The quartet—Molly Sides [vocals], Whitney Petty [guitar], Leah Julius[bass], and Ruby Dunphy [drums]—do the most rock ‘n’ roll thing possible and quite literally fuck up every rock ‘n’ roll stereotype you know to be true, piercing the halls of Valhalla in the process. The Seattle-based group turned into a quiet phenomenon with the endorsement of Rolling Stone and Pearl Jam guitarist Mike McCready as well as a string of already legendary performances under their high-waisted belts. Look out for more music from Thunderpussy soon!

ABOUT STARDOG RECORDS
Stardog Records was created by PolyGram Records in 1989 exclusively an imprint for Seattle glam-rock ​act Mother Love Bone and the group’s releases with subsidiary Mercury Records. The ​label’s ​name is a nod to​ the​ Mother Love Bone​ song​ “Stardog Champion.” In partnership with Republic Records, Stardog Records was revitalized in 2016. Picking up where history left off, Stardog released the official soundtrack for Showtime’s Roadies and recently signed Seattle rock band Thunderpussy.