My name is Brian Taborda. I am a 24-year-old with an affinity for putting pen to paper and creating magic. Ever since I was a child I’ve always found myself drawn to drawing. As the years went by, I narrowed my artistic focus and began honing my skills as a cartoonist. Growing up, I always admired the artwork when I would watch my favorite cartoons on T.V. I chose to pursue this style because I was attracted to the freedom that this genre of art offered. Cartoons tend to be funny and ironic. Cartoons are one of the oldest forms of animated entertainment and, despite technological advancement, cartoons have maintained the classic and simplistic design elements that have set the style apart from other forms of artistic expression. These last few years, the political and economical climate in my home country of Venezuela has worsened tremendously. The present situation has motivated me to further develop my illustration skills. I know that if I improve, I will be able to achieve whatever I set my mind to. Choosing to focus on my art means working for commission so that I can earn enough money to escape this socialist dictatorship in Venezuela. I’ve been able to work towards fulfilling my dreams because of the the support that I receive from my family, my girlfriend and my friends. I specialize a style of cartoon illustration that was popular in the 1930’s, however, I like to add a bit of an “underground” or “urban” vibe to the final products. I work primarily using Adobe Illustrator. I typically use the brush and pen tools and draw with the mouse. I hope to one day illustrate using more modern tools but, since the economy of my country is so bad, I can’t afford the proper equipment so I have to use what I have. Fans of my art can look forward to seeing my name agin in the future future as I hope to, one day, release my own clothing line, with stickers, skateboards, etc. that will have my illustrations on them. Of course, I would keep on doing commissions of my drawing for clients who ware interested. My goal is to get more people to start loving and appreciating cartoons, especially the older ones that were the pioneers of this timeless genre. They are the base of everything we have now animation wise.

Minimalism is all the rage at the moment thanks to writers like Fumio Sasaki, so why not apply that approach when planning your next vacation? There’s so much information out there that it can seem overwhelming when you start researching places to go, with so many offers, travel guides, blogs, photos, videos, podcasts and all the rest. Sometimes you just need to drown out the noise and focus on what’s important.

That’s why Expedia has created these minimalist travel posters to help you see the essential elements on 14 of the top vacation destinations in the world. They’ve picked out the most important aspects of each destination, namely where you should go first, what food you should eat and where you can get that one stunning and shareable photo for your Instagram or Facebook page.

If you go to Berlin, for example, a whistlestop tour using these posters would take you to the aptly-named Panoramapunkt for a panoramic view of the TV Tower, followed by a trip to the past at the historic Brandenburg Gate. For food options, currywurst is a spicy taste of Berlin life and culture, while you can finish your stay with an energetic and symbolic bike ride down the Mauerweg, which follows the route of the old Berlin Wall.

Swapping Germany for South Africa, Cape Town has plenty to offer, even in the snapshot form of a minimalist visit. Speaking of snapshots, Bloubergstrand is the place to go to get that iconic photo of Table Mountain while you’ll also want to keep your camera to hand when you’re at Boulders Beach so you can get a shot of the penguins. Yes, there really are penguins there. The Neighbourgoods Market in Woodstock is a good place to get souvenirs, while the recommended dish of the trip is potjiekos, a traditional meat stew.

As you’ll have seen from these two examples, there’s so much you can fit into even a minimalist travel poster if the destination is as exciting as Berlin or Cape Town. Others getting the minimalist treatment include Havana, London, Paris and even the Serengeti and Siam Reap, the Cambodian home of 800-year-old temple Angkor Wat. You can probably guess what the iconic photo from that trip would be.

So check out all 14 of these minimalist travel posters from Expedia and see which of the legendary destinations captures your imagination. Given that you can take in all the sights in just one day, you could even do a tour…

“MIDDLE OF THE PARTY”

Marco ushers R&B forward by embracing its former renaissance with a 21st century touch.“Middle of the Party” introduces his signature style while boasting sonically creative production, vivid lyrics and a vibrant performance.

Growing up, his Navy dad bumped Jodeci and Michael Jackson, while mom often spun The Winans and Kirk Franklin. During high school he released covers on YouTube and later started posting early demos such as “My Own” which premiered on Solange’s digital platformSaint Heron garnering wide tastemaker attention.

As his buzz grew, Marco quit his day job at Chuck E. Cheese and relocated to Los Angeles where he began collaborating with various artists. He recently teamed up with Rex Orange County on the song “Nothing” off of his recent project “Apricot Princess” and with “Life of Pablo” producers DJDS on the track“Tree’s on Fire” . Marco is currently in the studio working on his highly anticipated debut EP,  Underground.

In his latest venture into fashion, NBA MVP Basketball Russell Westbrooklaunched his new clothing line “Honor The Gift” this weekend with a surprise pop up at local OKC auto shop, Penn Automotive. A planned two-day event, the first public offering of the collection sold out on site within the first 24 hours. The vintage clothing line indiscreetly pays homage to Russell’s LA Youth featuring a small capsule of streetwear including sweatshirts, sweatpants and athleisure, with design inspo dating back to the late 20th century and Russell’s birth year 1988.

“I’m thankful for my humble beginnings in OKC,” Russell shared on Instagram last week. “I’m thankful for the man above for allowing me to achieve amazing things in my life. All of which has led me to create my own brand, Honor the Gift.”

Russell’s full collection will be available on the Honor The Gift website on Tuesday, November 21st @10:00 AM EST.

About Honor the Gift: Honor The Gift is a brand of self belief and dedication to honor the gift “he” has given you. Shaped into different product offerings that represent a personal promise to challenge all and achieve greatness no matter what hardship. 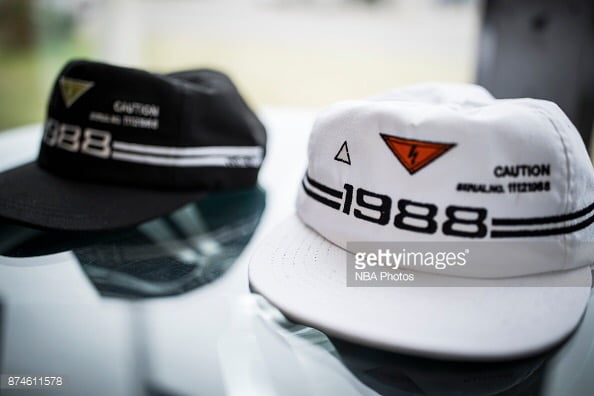 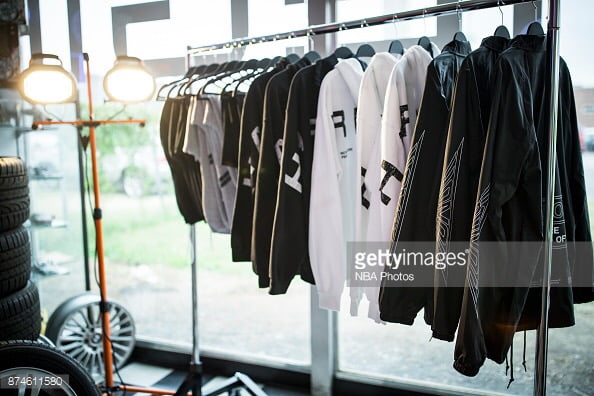 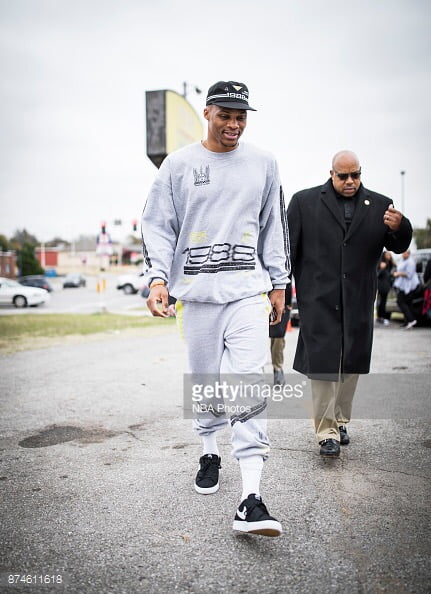