RATCHETÓN hit the Latin music scene with his first single “Que Lo Que,” racking up over 350,000 streams and jumpstarting a growing fanbase. His follow up release “Callate” is a club anthem that brings a hip-hop bounce to his laid back Spanish flow.

RATCHETÓN was born in South Central Los Angeles and raised in East Hollywood around in a mixture of cultures and musical influences. Playing in bands growing up and then becoming involved in skateboarding culture, he always had an ear for music and an eye for visuals. When he met producer FKi 1st they set out to create a new sound dubbed “Ratchetón.” Carving out his own lane, he describes it as a fusion of current trap with traditional reggaeton mashed up in a fun, sexy, and of course ratchet way. Most importantly, these are bold international anthems that set him up for big things to come.

Currently RATCHETÓN is putting the finishing touches on his first album to be released May 2019.

GiGi, is a passionate award-winning actress and recording artist with multicultural roots. She is currently in the studio recording her debut tracks with hopes to emerge as the first teen EDM Trap Pop recording artist. GiGi’s sound is unique and captivating and her stunning vocals are just as intuitive. Influenced by pop stars as diverse as Lil Miquela, Post Malone and George Michael, GiGi has conceived a unique blend of R&B, soul and trap pop music with a twist. Even at the young age of 13, she is already making headlines, not only as a musician, but also as an actress. Last year, she received an unprecedented nomination at the Imagen Awards for Best Actress in a feature film competing against fellow nominees Salma Hayek and Eva Longoria. She plays principal roles in two films currently in post production, a dramatic comedy Space Captain and Callista and comedy, Go With The Flow. Learn more about GiGi, and do not miss out on her upcoming releases.

For all things GiGi go here.

For more information on Boogie, visit:

Get it HERE via Nomad Music.

“Somedays” introduces the genre-defiant and future-facing spirit at the heart of Lil West’s signature sound. The track arrives on the heels of his December release “Baller” with Take A Daytrip x Russ Chell, which HotNewHipHop described as “his most intimate single to date.“

All signs point to a major breakthrough for Lil West. In addition to putting up numbers on Soundcloud, Pigeons & Planes and Hot New Hip Hop recently touted him among “Artists to Watch in 2019,” as he garnered widespread praise from Elevator, and Noisey who crowned him, “the Delaware loner forging rap’s strange future.” Right now, he’s putting the finishing touches on his debut project due out soon.

Merging emo, rap, alternative, and nearly everything else under the sun, he’s a different kind of artist, and he’s poised for big things in 2019.

Today, Reebok Classic and brand partner Lil Yachty announce the latest colorway of the Aztrek: Reebok’s futuristic, off-road runner first introduced in ’93. Now available in a classic shade of black and red, the shoe retails for $90 on Reebok.com.

Crossing artistic boundaries and blending genres, Lil Yachty has changed the face of hip-hop. Throughout his career he has always sought a different path and carved out his own creative space, shaking off the expectations of others in pursuit of his original sound. In the campaign video, Reebok Classic showcases Lil Yachty’s bold and unapologetic style as he speaks candidly about 90s attitude and being proud of your true identity.

For FW18 Lil Yachty is styled in the Aztrek: the silhouette combines tech-functionality with retro design, featuring a generous ride height and Reebok’s Hexalite tech in the heels. Asymmetrical reinforcements give the toe area an off-kilter vibe. From the track to the streets, the Aztrek remains true to its Classic heritage, with its effortless blend of ‘90s attitude and authentic performance, this Reebok Classic slots right back into the roster like it never left.

On Friday night, DC’s Echostage presented EDM’s favorite Dutch DJ duo Yellow Claw (consisting of Jim Taihuttu and Nils Rondhuis), along with GRLZ, Boogie T, and Moksi. Ranked at #1 in DJ Magazine’s USA list of nightclubs, Echostage proved that it had no troubles selling out tickets with line down a block of crazed fans in rave attire and Yellow Claw gear. 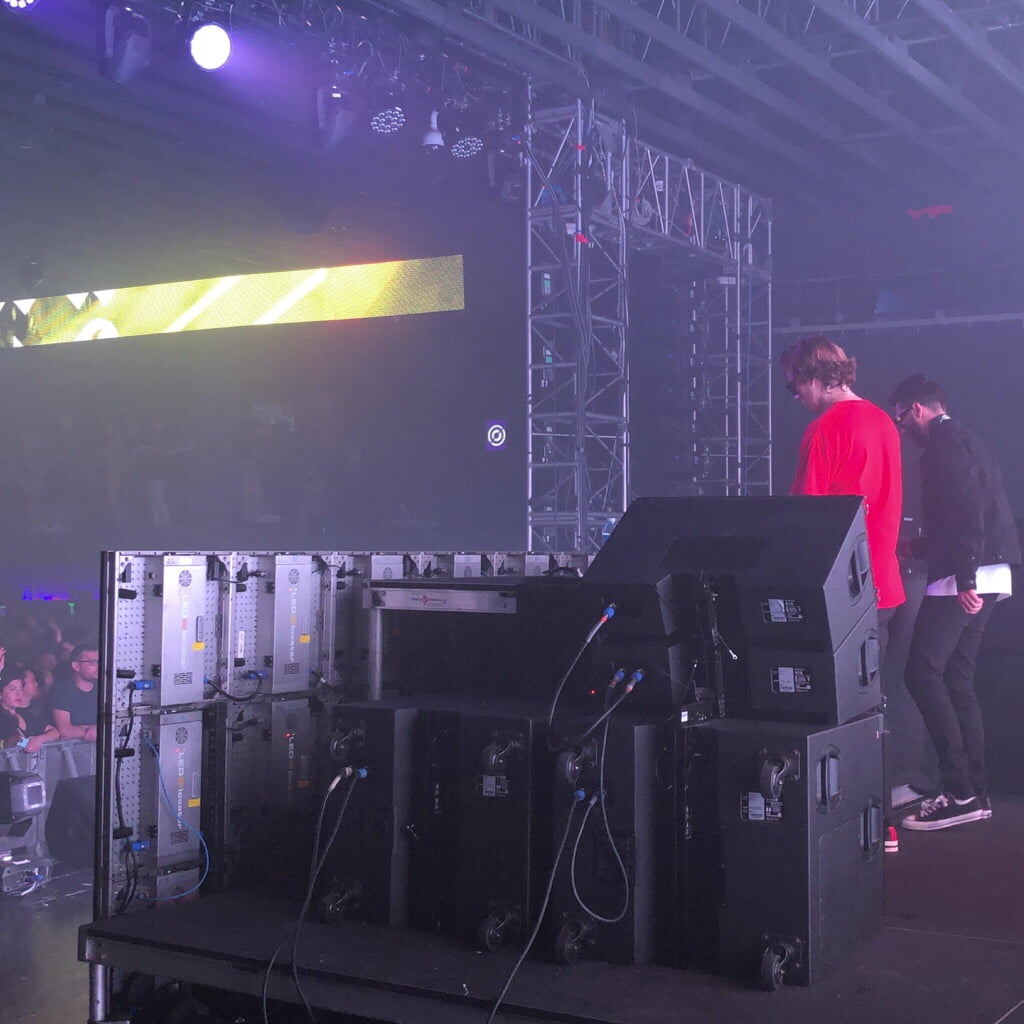 Yellow Claw had started off with their signature intro song “Untouchable,” with its lyrics shown on the screen demanding the crowds attention. Their set included songs from their latest album New Blood, with a mix of their label Barong Family hits and previous collaborations from artists like Pusha T, DJ Snake, Lil Debbie, Sophie Simmons, Yade Lauren and many more. During the set, they were joined by one of their label artists and earlier performers, Moksi to perform their iconic Moksi Switch Up remixes.

After their performance, the crowd chanted their famous tagline, “Yellow Mother F***** Claw!” and they gladly returned to the stage playing an extra 10 minutes, along with giving their fans a special treat of playing their 2013 major hit, “DJ Turn it Up.”

Being a super fan/Yellow Claw Soldier since 2013, every concert, every mixtape, every album, every collaboration, every piece of merchandise, every documentary, Yellow Claw never ceases to amaze me. Being able to watch them live is to the only way to bow down to The Party Gods. #YMFC 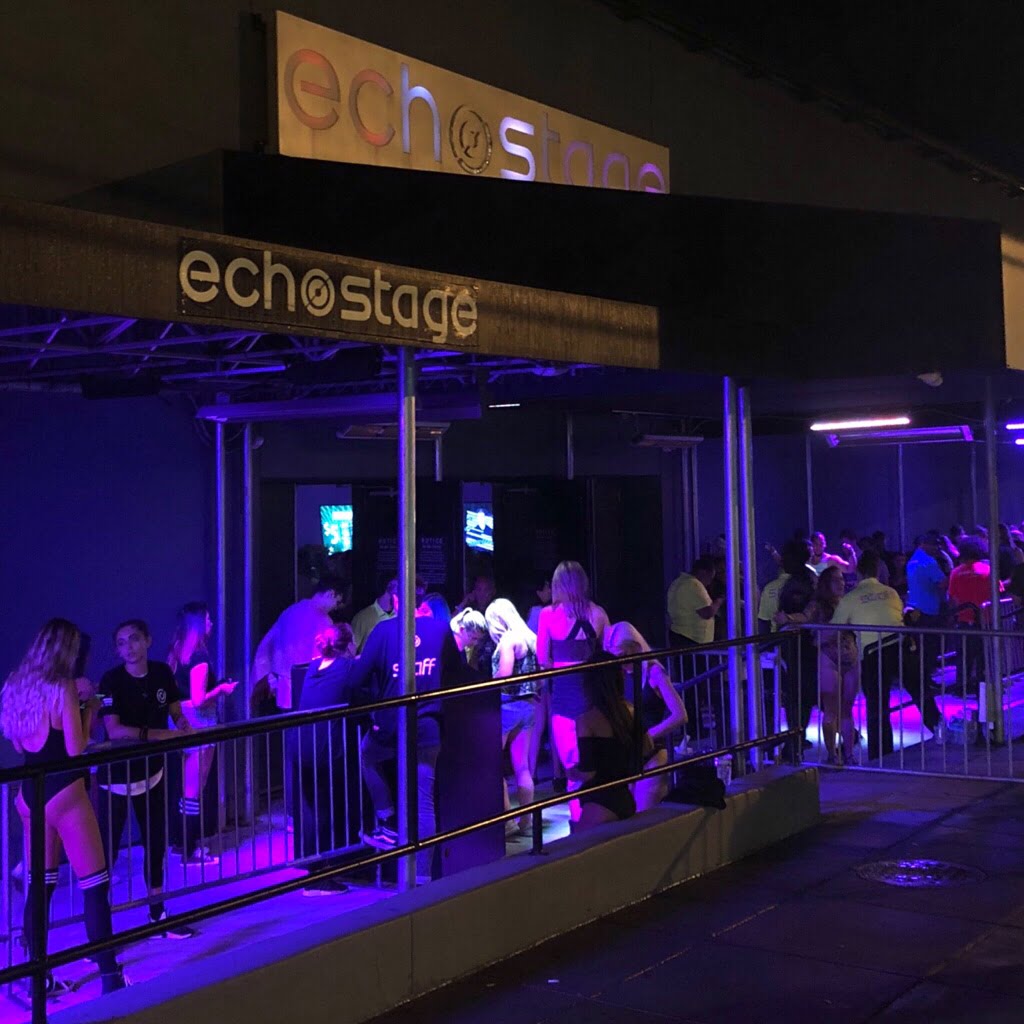 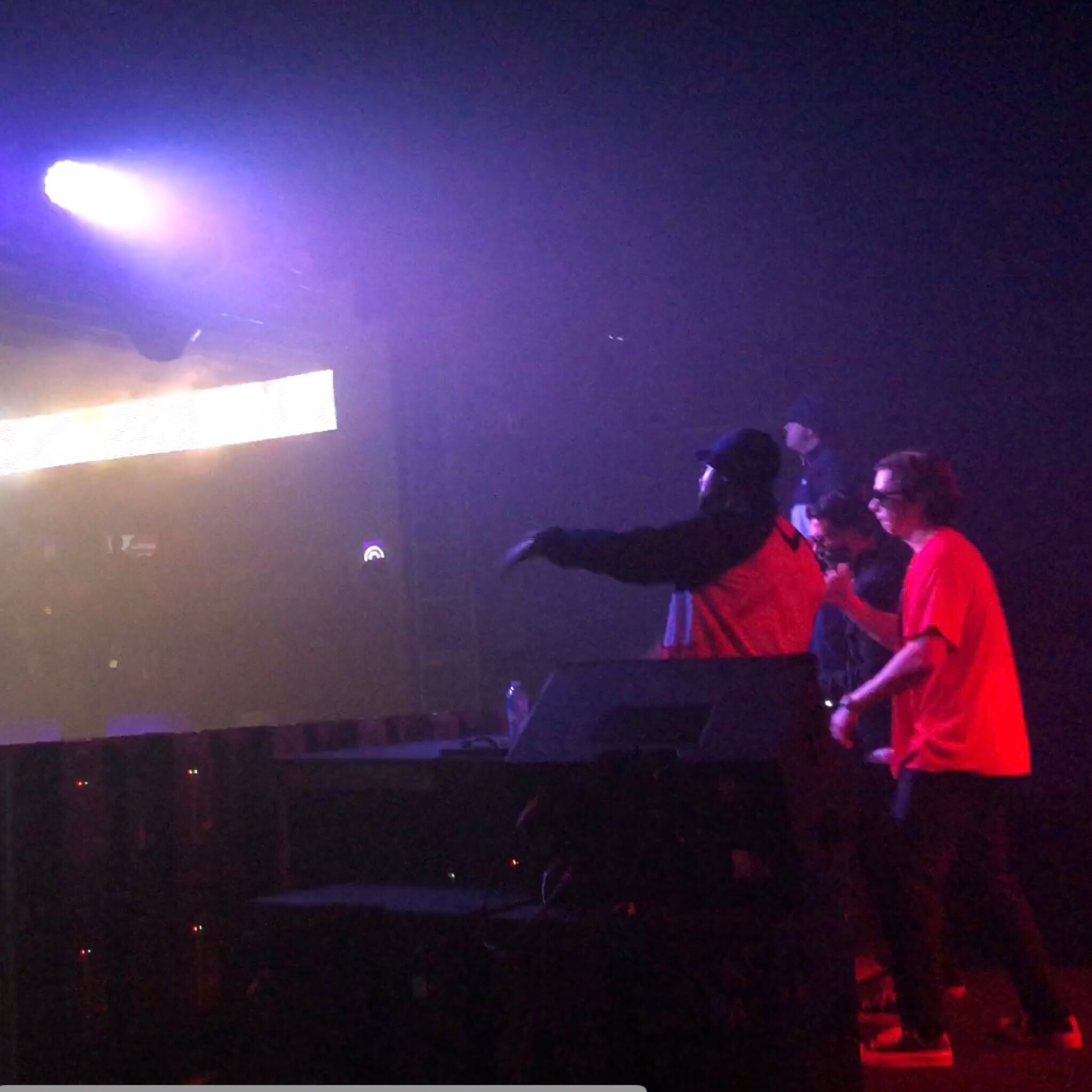 WHAT: UK retailer, Boohoo Man presents the Illumanate Festival hosted by DJ Khaled with a special performance by Rich The Kid

WHY: The festival themed party featured an A-List special performance from Rich the Kid hosted by DJ Khaled and carnival activations throughout the space including childhood favorite carnival games, a ferris wheel, games, balloons and custom stations. 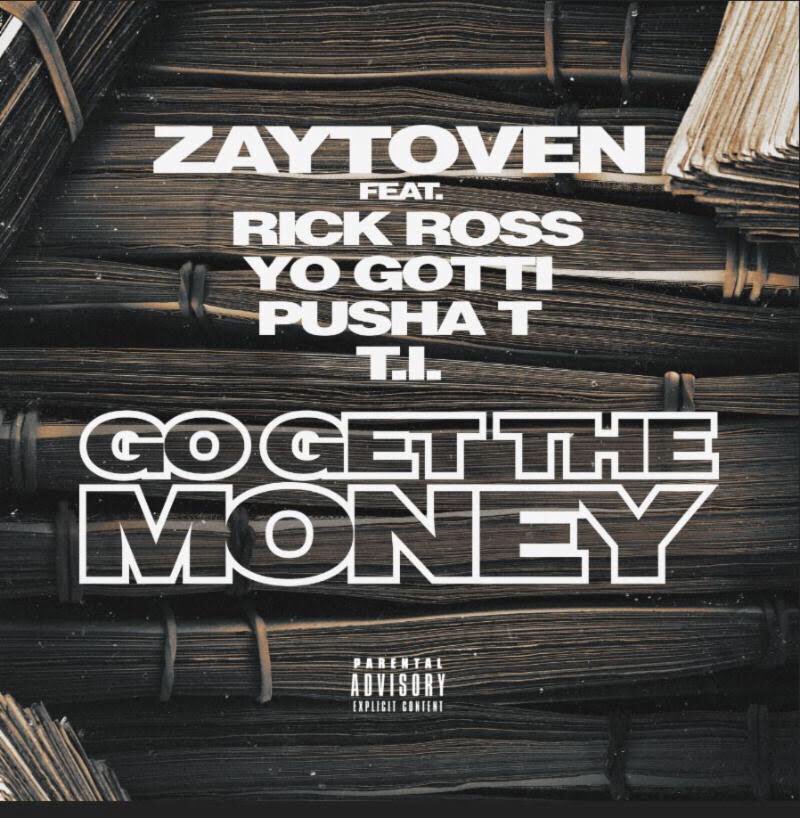 In addition to What You Think, the full tracklisting promises to bring together some of the gameߣs heaviest heavy hitters behind the production mastery of this game-changing hip-hop maestro. Stay tuned for the full reveal soon.

Increasing anticipation, he just shared Go Get The Money [feat. Rick Ross, Yo Gotti, Pusha T, & T.I.]. This posse anthem unites some of the gameߣs most notorious and revered spitters from all over the country. Miami heavyweight Rick Ross drops heat, while the king of Memphis Yo Gotti delivers a knockout verse. Virginia’s own Pusha T sounds as fiery as ever, and Atlanta O.G. T.I. is on fire. Go Get The Money has all the makings of a summer smash! Listen Here

Excitement continues building for the impending arrival of the record. In an in-depth feature, High Snobiety claimed, Trap Holizay, is set to be one of the springߣs standout albums.

Allowing audiences into his world, he recently teamed up with Red Bull Music for a new documentary entitled The Note: Zaytoven. Watch it HERE. The 17-minute film explores his inimitable creative process and story as told by the man himself and those closest to him, including his mom. Additionally, it intercuts archival behind-the-scenes footage and interviews with collaborators and fellow innovators such as Gucci Mane, OJ Da Juiceman, Young Dolph, Bankroll Fresh, and Cassius Jay. Of the doc, Noisey claimed, The Note goes deep into how Zaytoven became so essential to rap’s most popular format. He also recently spoke to Billboard in detail about The Note

“Ocean” comes right after TK’s smash hit, “Space Ft. Sexton,” which reached the Top 10 on Urban US Radio and garnered over 50 million total streams. After dominating radio and embarking on a US tour with A Boogie Wit Da Hoodie this past fall, TK Kravitz is definitely off to a great start in 2018. The seductive and clever “Ocean” perfectly showcases the effortless combination of TK and Jacquees’ incredible vocals.

Look out for TK’s newest EP coming this spring and watch the “Ocean” music video below!

“My good friend Dir.Lx and I had so much fun making this. Can’t wait for you to hear more of what’s to come,” speaks Ebenezer.

Bad Romantic grips you from first listen and is a project that warrants multiple playbacks, truly showcasing his own signature UK rap aesthetic. An ode to real romance, the EP jumps from energetic deeper trap sounds on tracks like “Till I Die” and “Catch Feelings” and transitions to slower vibes with more emotive tracks like “South of France” and “Nostalgia,” overall rounding this project off as a stunning first EP from Ebenezer.

In a few short years Ebenezer has worked with the likes of Rejjie Snow, Jeremih, Ty Dolla $ign and Craig David. With a string of successful tracks released last year such as “F**K IT,” “Survival” and “Cliché,” Ebenezer is carving his own unique path – one of emotionally tinged R&B with hints of trap, completely void of the usual pretence that’s flooded the genre. In a way, it could be described as conscious turn-up music, but without a holier than thou message. The project sets Ebenezer apart from everyone else, as someone from London with a story to tell.

Born in Homerton, Ebenezer spent most of his childhood at a cousin’s house in Hackney along with his brother and sister. While his mother was busy holding down three jobs, Ebenezer and his brother spent most of their free time listening to music, watching MTV Base and learning to produce.