With the insurgence of e-scooters on the rise in most major urban centers throughout the world, it was only a matter of time that Razor would come up with an optimal solution. A retractable and compact all-electric scooter which better simplifies a micro-transit lifestyle for millennials.

Let’s be honest, here. With e-scooters hailed from an app, at best you’re shelling out at least 15 cents per minute. Subsequently a few short trips to the local grocer, you’ve already spent close to $6 to $10 per trip. At just $379, Razor’s E-Prime is the best investment for long term usage.

Unlike many of its competitors, Razor’s E-Prime has adjustable handle bars (for height) and thumb controls for throttle as well as braking.

With a top speed of 15mph and ample torque, you can easily maneuver through traffic and avoid accidents due to heavy congestion. Electronic, thumb-activated braking isn’t as responsive, but the rear fender scrub brake is far more efficient because it is applied by the rider’s foot. While charging your model, the power box’s indicator light will turn green (from orange). Razor lists up to 40 mins of continuous drive time at 176 lbs or less which is equivalent to approximately 7 miles. As tested, we weighed in at 161 lbs and continuously rode our E-Prime for 32 minutes at highest speed for 4.6 miles.

New upgrades for 2019 are the E-Prime Air and the E-Prime Plus, which will also provide a smoother ride with a pneumatic tire as well as an increased max weight. Both improvements will most likely increase charge life.

If you, like many, who reside near where you work this is the one of the best purchases you can ever invest in. The Razor E-Prime charges relatively quickly and makes a dreary 2 mile commute to the office, restaurant or gym more exciting than ever. With the wind sweeping across your cheeks, the ride in life feels less bumpy with a charger in tow which fits in any outlet. Not to mention, once folded, you can take it into Trader Joe’s (place in shopping cart), LA Fitness (fits easily into one of their larger lockers) and/or tuck it under the table while plugged in at Kay & Dave’s Cantina. 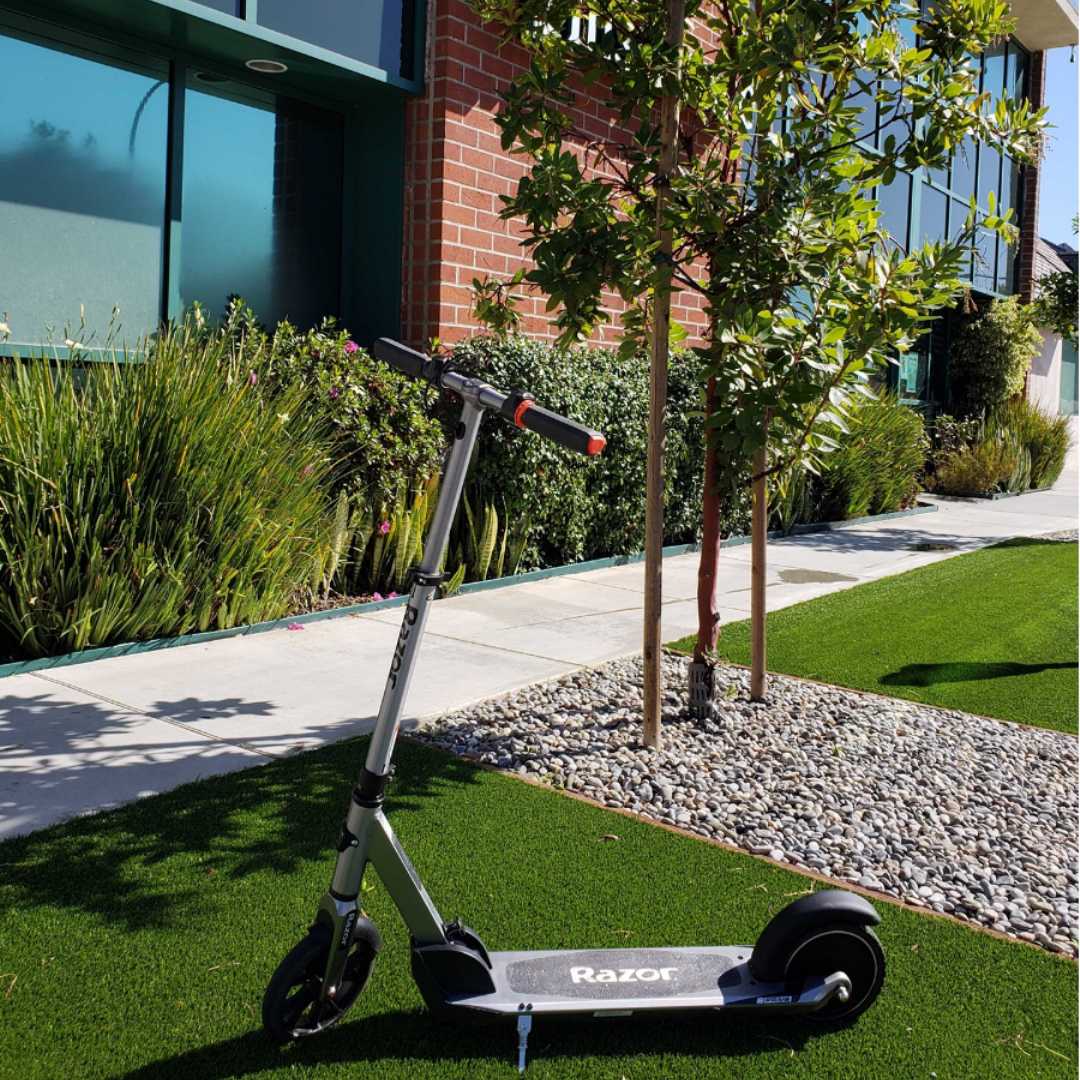