Sam Smith & Normani announce their joint single ‘Dancing With A Stranger’ to be released worldwide via Capitol Records on Friday, January 11th. Presave link to download/stream the single here.

‘Dancing With a Stranger’ is a smooth slice of sultry, R&B influenced pop where Sam and Normani’s vocals effortlessly glide over the production. The collaboration between the two came about through a chance encounter at the studio in Los Angeles as Sam was writing the single with pop legends Stargate and Jimmy Napes. Normani was in the studio next door and with both artists being long-term fans of each other, it was a no-brainer for Normani to join Sam on the new track.

Sam Smith has spent the past year travelling around the world on tour in support of his sophomore album, The Thrill Of It All, which debuted at No. 1 on the Billboard 200 and also topped the charts in the U.K, Ireland, New Zealand, Norway, Sweden, the Netherlands and Belgium. Rolling Stone awarded The Thrill Of It All four stars and hailed Smith as Éc;one of the mightiest, most expressive singers of his generation.Éd; Éc;Dancing With a StrangerÉd; is the first new music from Sam Smith in 2019 and follows on from his global hit with Calvin Harris Éc;PromisesÉd; which stormed the charts last summer.&#a0;Since the release of his 2014 debut album, In The Lonely Hour, Smith has sold over 17 million album equivalent units worldwide.&#a0;He has won four GRAMMY awards, an Oscar, a Golden Globe, three Billboard Music Awards and three BRIT Awards, among others.

On the new single Sam Smith says, Éc;Iߣm so excited for everyone to hear Éc;Dancing With a Stranger,Éd; which I wrote on The Thrill Of It All tour last year. For me it bottles everything I was feeling whilst juggling my personal life and touring.&#a0;It is also such a beautiful moment for me as Iߣm a huge, huge fan of Normani and everything she is. Iߣm so excited to watch her light shine. I hope everyone enjoys hearing this song as much as I do.Éd;

Normani launched her solo career last year with her debut solo single Love Lies; with Khalid. Love Lies soared to #1 at Top 40 Radio in the US and was the first single Normani released following her global success with multi-platinum group Fifth Harmony. Since then, she has gone on to release a number of new tracks including two tracks with Calvin Harris and her recent single, Éc;WavesÉd; feat. 6LACK. In addition to working with Calvin Harris, Khalid, and 6LACK, Normani has also recently collaborated with Quavo and Kehlani. Normani is currently working on her debut solo album and this March will see her join Ariana Grande on the North American leg of The Sweetener World tour.

Normani explains about the collaboration, I’m truly blessed having the opportunity to create with one of the greatest vocalists of this decade. I think about the artists that I frequently listen to daily and Sam Smith has definitely been one of them for some time now. I never thought in a trillion years that I would be able to state that I have a record with this extremely gifted being. Iߣm super proud to share this song with Sam and cannot wait for the rest of the world to experience it – from the first moment that I heard the song I knew how special it was. Iߣm deeply in love with this body of work and I hope that you all will be too. Iߣm so thankful that Sam put his trust in me to help him bring this song to life. To my fans, thank you for all of your continued support. I love y’all!!! I pray you guys enjoy this. 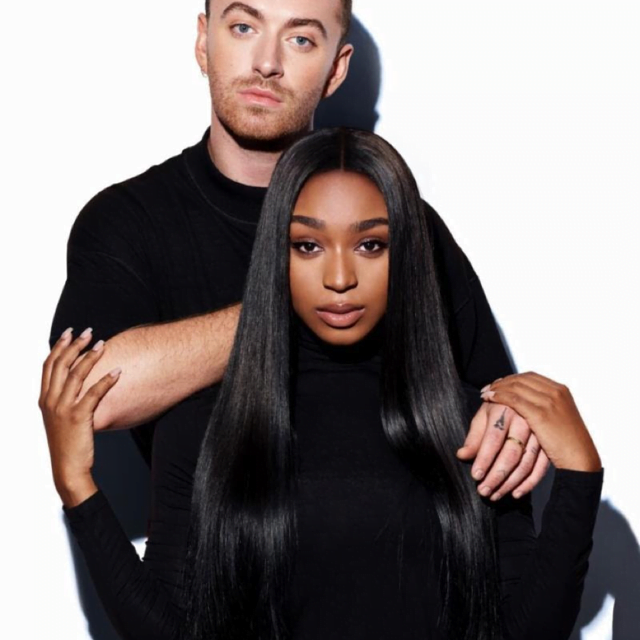