Social (moderate) drinking, binge drinking, alcoholism, tolerance, and dependence. This is the typical pattern of progression for drinking that leads someone to think of him or herself as needing to cut down on alcohol. Some might think they are prone to alcoholism. Within that progression, the time for someone to cut down on drinking is based on the individual’s idea of what is causing dysfunction and unmanageability in their life.

Why is it so easy for someone to become addicted to alcohol, and what does it mean to have
an alcohol use disorder?

First of all, alcohol does not have an adverse social stigma, which makes the dependence for it more likely, and the consumption of it more acceptable. Alcohol is typically used to celebrate happy events and sooth the sad events in life. Think about a celebration. What do most people imagine? Alcohol, champagne, and a “toast to the New Year!”

During times of mourning or stress, alcohol can be used to ease the emotional pain of a loss or as a stress reliever. Social (or moderate) drinking is seen as a normal and perfectly harmless way of socializing, relaxing, or a form of celebration.

A binge drinker is defined as a man who drinks more than four to six drinks in a two-hour period, and a woman who drinks more than four to five drinks in a two-hour period. Someone with alcohol use disorder is typically a person with a long-term addiction to alcohol. This person is typically unable to control how much they consume or when to stop drinking and spends a lot of time thinking about the next drink.

It can be easy for someone to transition from a social drinker to a binge drinker to having an
alcohol use disorder. A binge drinker is someone who has more than the above allotted
acceptable drinks in a short amount of time.

Someone who is a binge drinker or struggling with heavy alcohol use may find that people close to them begin to notice negative patterns of behavior during times of drinking. Friends and family may start to become worried about the person’s drinking patterns and negative outcomes that have begun to arise from their drinking. A person who begins to engage in
binge drinking may find themselves calling out of work the day after drinking due to a hangover; they may miss important deadlines, get into arguments with their loved ones, or lose track of daily responsibilities.

Tolerance for alcohol means that a person needs more and more alcohol to feel the desired effect than they previously would not have needed. Someone who has a pattern of binge drinking may find themselves drinking even more alcohol in a short time to feel drunk.

Once tolerance increases, the possibility of dependence increases. Dependence can be defined as relying on alcohol to avoid withdrawal symptoms. Essentially, a person is controlled by their need to ingest alcohol to feel “normal.”

During any of these stages of alcohol use, someone may feel the need to seek treatment. The need for treatment varies for each person based on how dysfunctional or unmanageable their life has become due to their drinking.

Here are six things you (or anyone) can do to cut down on alcohol. Most of these mean a change in behavior.

1. Acknowledge the problem – in order to stop the behavior, you must first acknowledge what the negative behavior is and make a conscious effort to commit to changing that behavior. Also, put the goal in writing and make a list of reasons why you want to cut back on drinking. For example, if the behavior is drinking too much during celebrations, you have to determine what “too much” means to you and, next, set a goal to decrease the amount you are drinking during celebrations.

2. Set a realistic goal for drinking alcohol – if you struggle with binge drinking, set a realistic, and achievable goal. The next time you’re out during a social event, make it a goal to cut back to three to four drinks in two hours instead of five to six. Or perhaps instead of going to a happy hour on Friday or Saturday night, pick one night to go out and stay in the other night. Cutting back by making realistic and achievable goals will keep you on track and make you feel better about the fact that you are keeping your goals.

3. Write it down – make sure to keep a journal of the times you drink, how much you drink, and any negative outcomes related to the times you drink (for example, drinking and falling down or making an inappropriate comment to a friend). By keeping a journal, you will hopefully be able to see patterns of behavior. You can also share this journal with someone you trust and ask them to look out for any patterns you may have missed.

4. Don’t keep alcohol in your house – it is easier to come home after a long day of work and pour a glass of wine rather than going out to the bar on a Wednesday when you may have other obligations at home such as taking care of a child. When you don’t have alcohol in the house, it eliminates the desire or temptation to drink.

5. Stay busy – by having non-alcohol related activities to engage in, you are more likely to say no to drinking, as you’ll want to be present for the activity. Do things that keep you active, such as riding a bike, hiking, going for a walk as the endorphins from engaging in exercise may eliminate the desire for alcohol.

6. Ask for support/Talk to someone – tell people you trust about your goals and ask them to help keep you accountable during times when you may be struggling or find yourself surrounded by temptation. Also, there are therapists who specialize in alcohol/substance use who you can talk to that can assist you with your goals and process through any underlying emotions that may be related to drinking.

Remember that the above tips may not work for everyone. Some people may be into the stage of alcohol tolerance and dependence. If you or someone you love is struggling with alcohol dependence, reach out for help from a professional or call a treatment center in your area. Alcoholism and dependence look different for everyone.

Red wine isn’t the first thing that pops into your head for summer drinking. In fact, Rosé and spritz’s take the crown as the go-to cool down sips. But, it’s incredibly versatile and a simple addition to your favorite summer refreshment. Before you realize, you be swapping out the Aperol spritz for a red wine mule.

A bourbon barrel-aged red, like 1000 Stories (SRP $18.99), makes for the perfect topper or mixer in a summer cocktail, like the ones below. The added caramel notes and a hint of smoke from the bourbon barrel make the perfect pairing for a hot day. 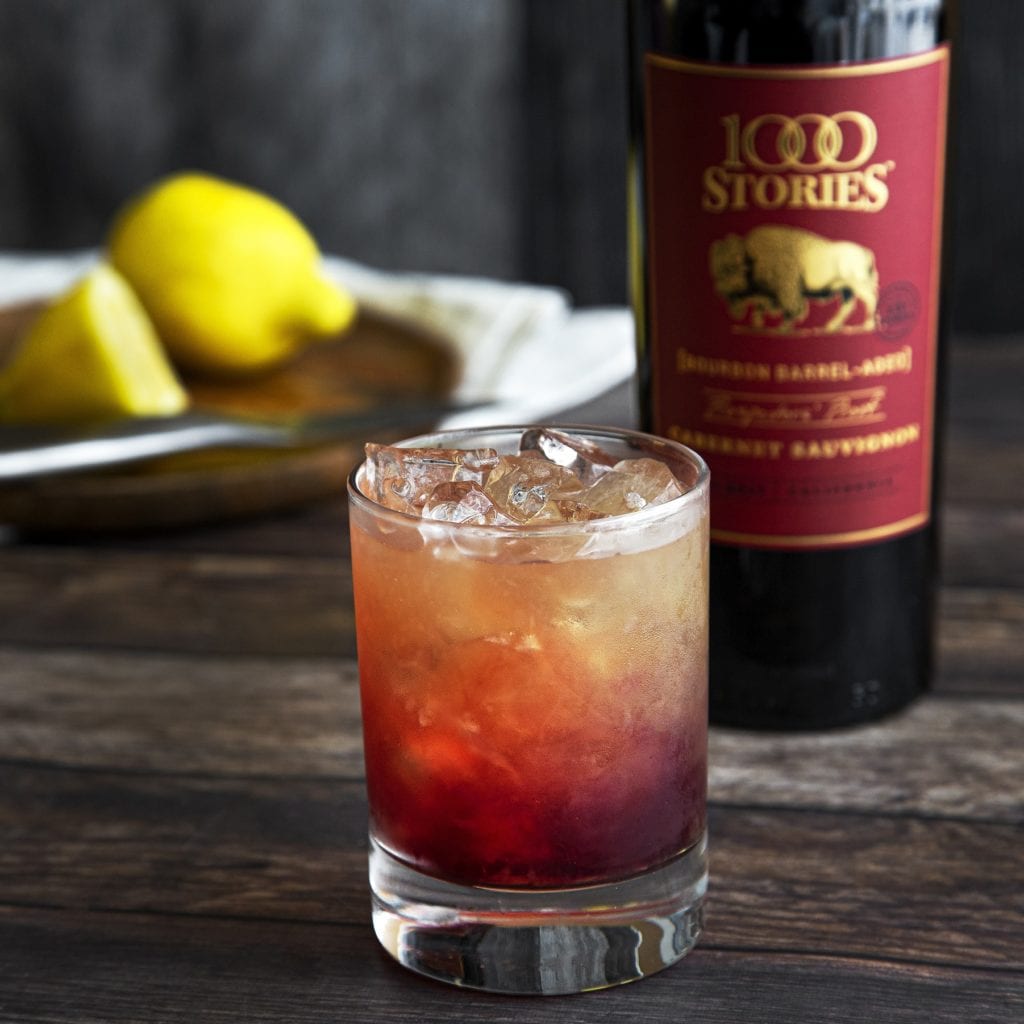 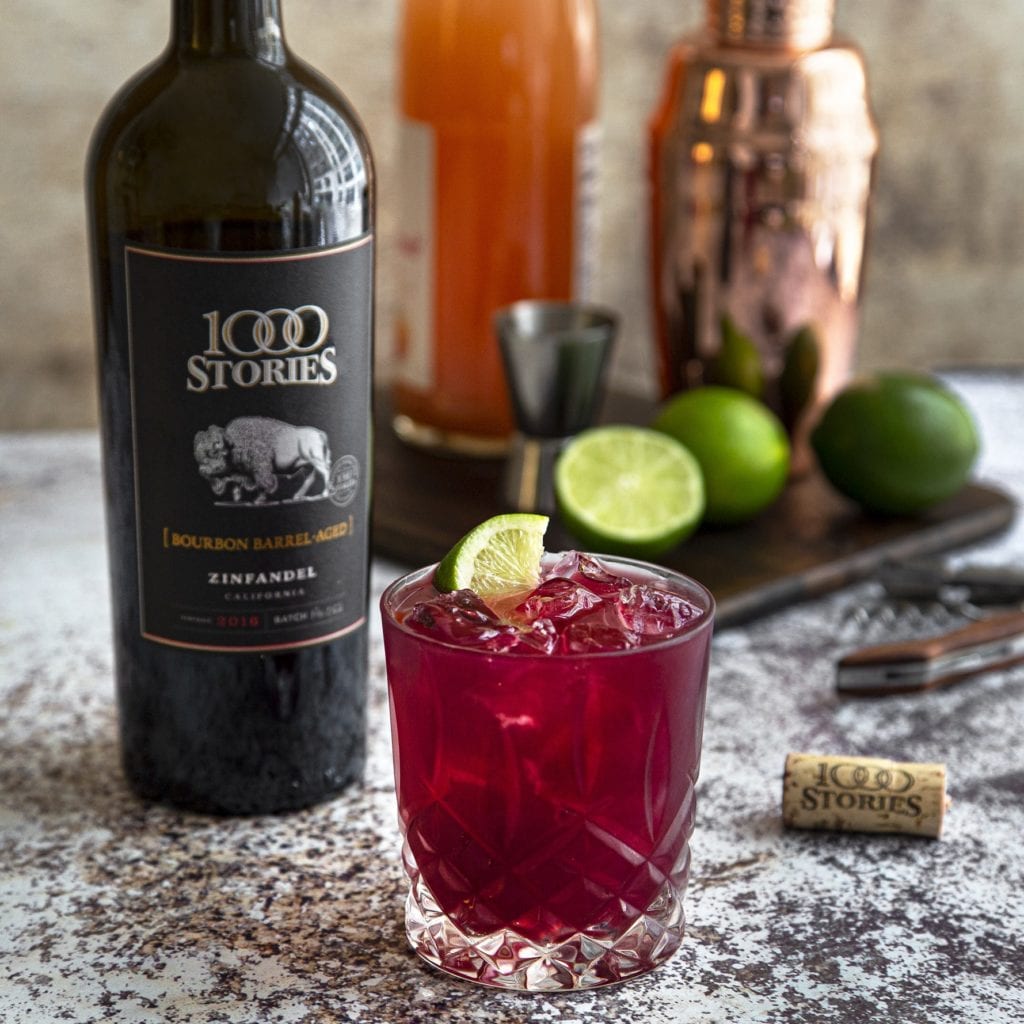