Today, Casio G-SHOCK announces the all-new, “Neo Tokyo” series of men’s timepieces. Inspired by the colors of the futuristic metropolises of classic anime films from the 1980’s, the four new watches boast blacked-out bezels with yellow, red, and blue hands as dial accents to represent the city’s lights.

The series is made up of G-SHOCK’s most popular digital and analog-digital models, featuring updated styles from the DW6900, GA140, GA700, and GAS100 line ups.

The GA140BMC-1A boasts a large case design reflective of the new GA140 series, with an updated dial that includes an analog speed indicator sub-dial and LCD displays at both 6 and 12 o’clock. Boasting an extra-large case is the GA700BMC-1A, which comes with a front-facing LED light button and 3D bold hands to provide ease of use from day to night. Arriving in a mid-size digital model, the DW6900BMC-1A comes in one of the original G-SHOCK case shapes and has a built-in multi-function alarm and flash alert.

As the fourth timepiece and part of the Tough Solar GAS100 collection, the GAS100BMC-1A comes with the line’s classic stainless steel bezel, showcasing a simple design that goes well with a wide range of fashion styles. The large case size and double Super LED light provides maximum visibility in low light conditions. A video has been created to showcase the features of the new Neo Tokyo series – watch here: http://bit.ly/NeoToyko.

Each watch in the series also boasts G-SHOCK technology such as:

The DW6900, GA140, and GA700 models retail for $99 each, and the GAS100 model will retail for $150, and will be available for purchase starting this September at select G-SHOCK retailers including Macy’s, G-SHOCK Soho Store, and gshock.com.

CASIO’s shock-resistant G-SHOCK watch is synonymous with toughness, born from the developer Mr. Ibe’s dream of ‘creating a watch that never breaks’. Over 200 handmade samples were created and tested to destruction until finally in 1983 the first, now iconic G-SHOCK hit the streets of Japan and began to establish itself as ‘the toughest watch of all time’. Each watch encompasses the 7 elements; electric shock resistance, gravity resistance, low temperature resistance, vibration resistance, water resistance, shock resistance and toughness. The watch is packed with Casio innovations and technologies to prevent it from suffering direct shock; this includes internal components protected with urethane and suspended timekeeping modules inside the watch structure. Since its launch, G-SHOCK has continued to evolve, continuing to support on Mr. Ibe’s mantra “never, never give up.” www.gshock.com/home

If power is what you crave, look no farther than the 2019 Dodge Challenger Hellcat Redeye Widebody. This beaut of a car is the same as the notorious Dodge Challenger Hellcat but with impressive additions. Its key competitors are the Ford Mustang Shelby GT350 and the Chevrolet Camaro ZL1. Dodge definitely brought out the mad scientists to execute what they do best, create a monster. They collaborated with SRT to create this amazing creature of an automobile that has a Hellcat stamp of approval with a demon-like red eye.

The 2019 Dodge Challenger Hellcat Redeye Widebody is up 90 horsepower and 57 lb-ft torque from the original 707 Hellcat putting it at 797 horsepower and 707 lb-ft torque, just 11 bucks shy of the Demon. The first thing you will note is not the look, but you will hear the acoustics of the violin like supercharger make music as it has a 6.2-liter supercharged V8; It really claws the road! The Redeye Widebody is only available in a 7-speed automatic with paddle shifters. Even with traction on, the car is able to do full burnouts and donuts (recommend closed professional circuit); imagine what could be done if you get the traction control off. It’s astonishing this machine is even street legal!

The Redeye Widebody are equipped with ExtremeContact Sports tires that have SportPlus Technology, Chambered Block Edges, Solid Shoulder Macro Blocks, and more. All of these stats will make you realize why this car is more track-focused than the original Hellcat or the Demon. Thither is a cool perk called the “Afterchiller” so that when you shut down the car, it will take the A/C and run it continuously while the car is off to cool it down.

The automobile is a dark purple color called “Plum Crazy” which is a traditional Mopar color making it both beautiful and terrifying. The hood is different from previous Hellcat designs as it is a reversion to older Mopar styled muscle cars. There is an option to black out the hood for an extra $15,000 which throws the car an eye-widening color contrast. It looks pretty pricey, although it does add functionality and aggressiveness. Nevertheless, the headlights are the same as the original Hellcat, which, don’t get me wrong, isn’t an issue; why change something that is perfect?

The interior of the car is considerably thought out with high tech and considerable from the large and soft race-inspired front seats in the spacious trunk space, this car has got everything. To make the car even cooler the seats have SRT and the Hellcat badge stitched into them although no red eyes here. Additionally, the infotainment system is similar to older Hellcat models with Apple CarPlay, navigation, drive ways, detailed performance tuning, a rattling subwoofer mounted in the trunk, 18” speaker premium audio system and more.

Being one of the best muscle cars, performance-wise, on the market, the 2019 Dodge Challenger Hellcat Redeye Widebody is a genuinely good bang for your buck for $58,995 for the base model and $88,855 for all the sweet add-ons. 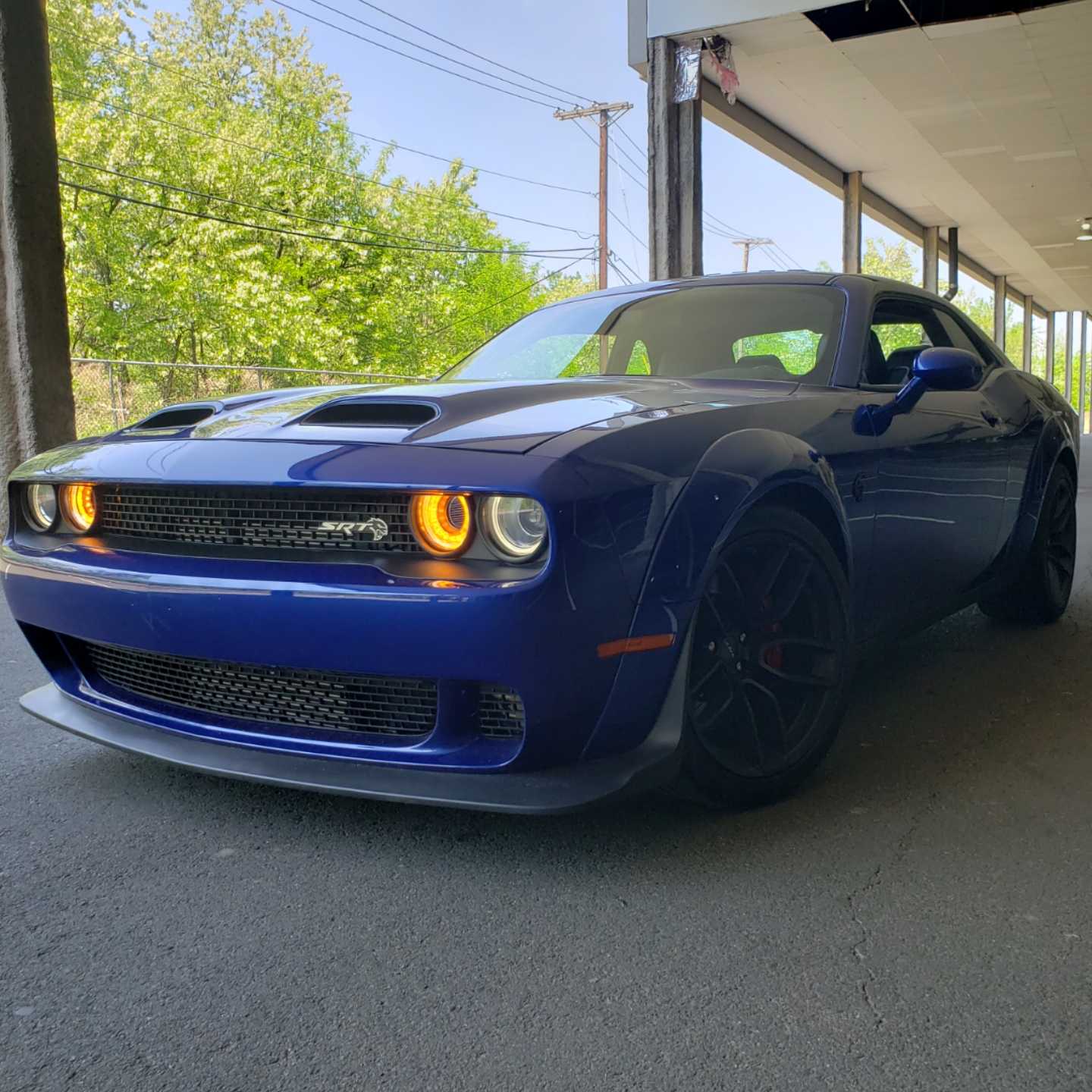 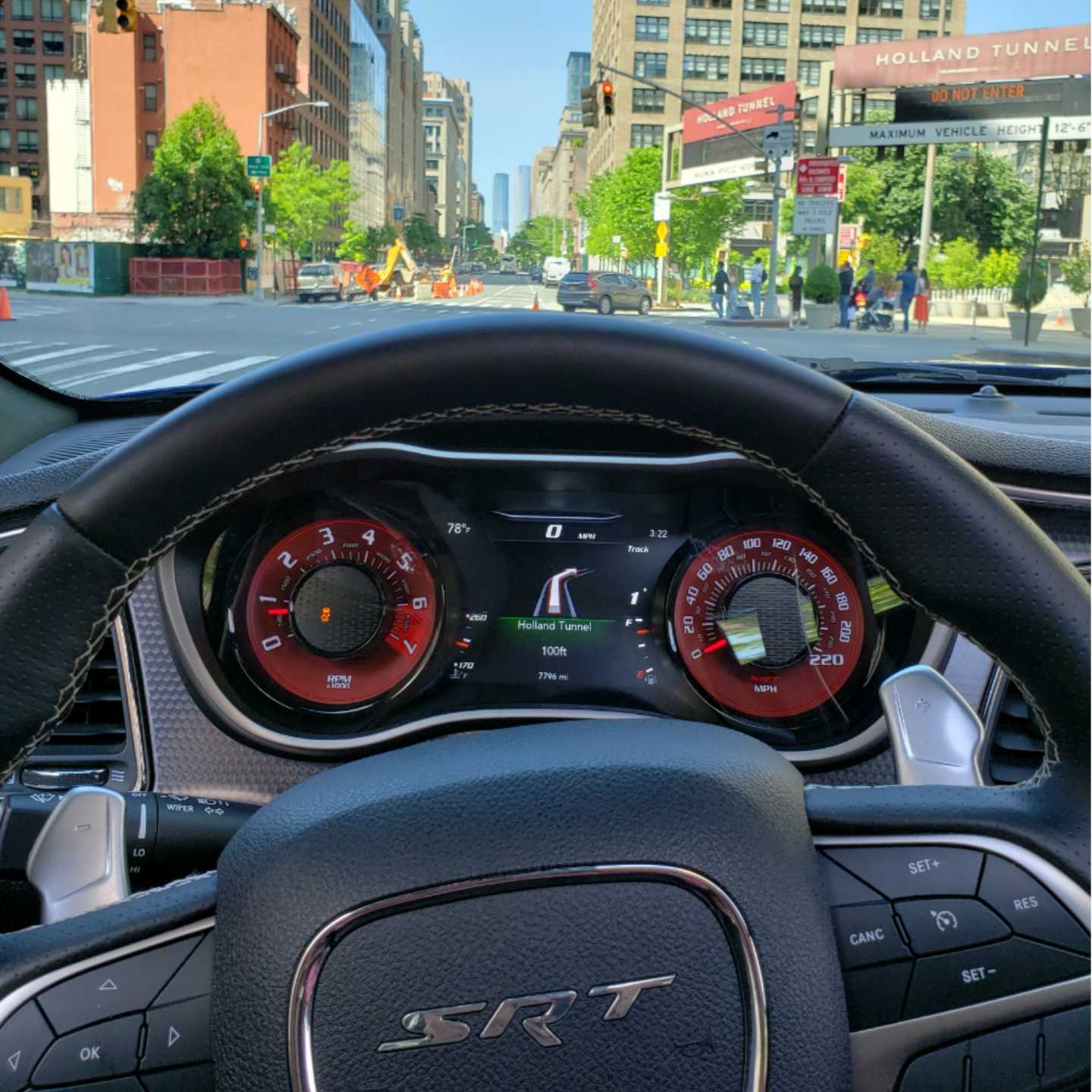 Lexus USA introduced a sexy new fleet of luxury vehicles (the 2020 RCF and RX F Sport) in Sony Pictures’ latest release, Men in Black: International, and 360 Magazine had the opportunity to attend the world screening in Los Angeles. This classic rebirth featured actors Tessa Thompson and Chris Hemsworth whizzing across the universe to fight off the villainous Hive. Subsequently, the duo are facing internal threats of their organization at the same time. MIB is action-packed, humorous and undoubtedly a family favorite – it sparkles!

After this film, you’ll definitely want to cop the heavily stylish RCF – not just for performance and technology – but because it’s bewitching. If looks could kill – WE DEAD! 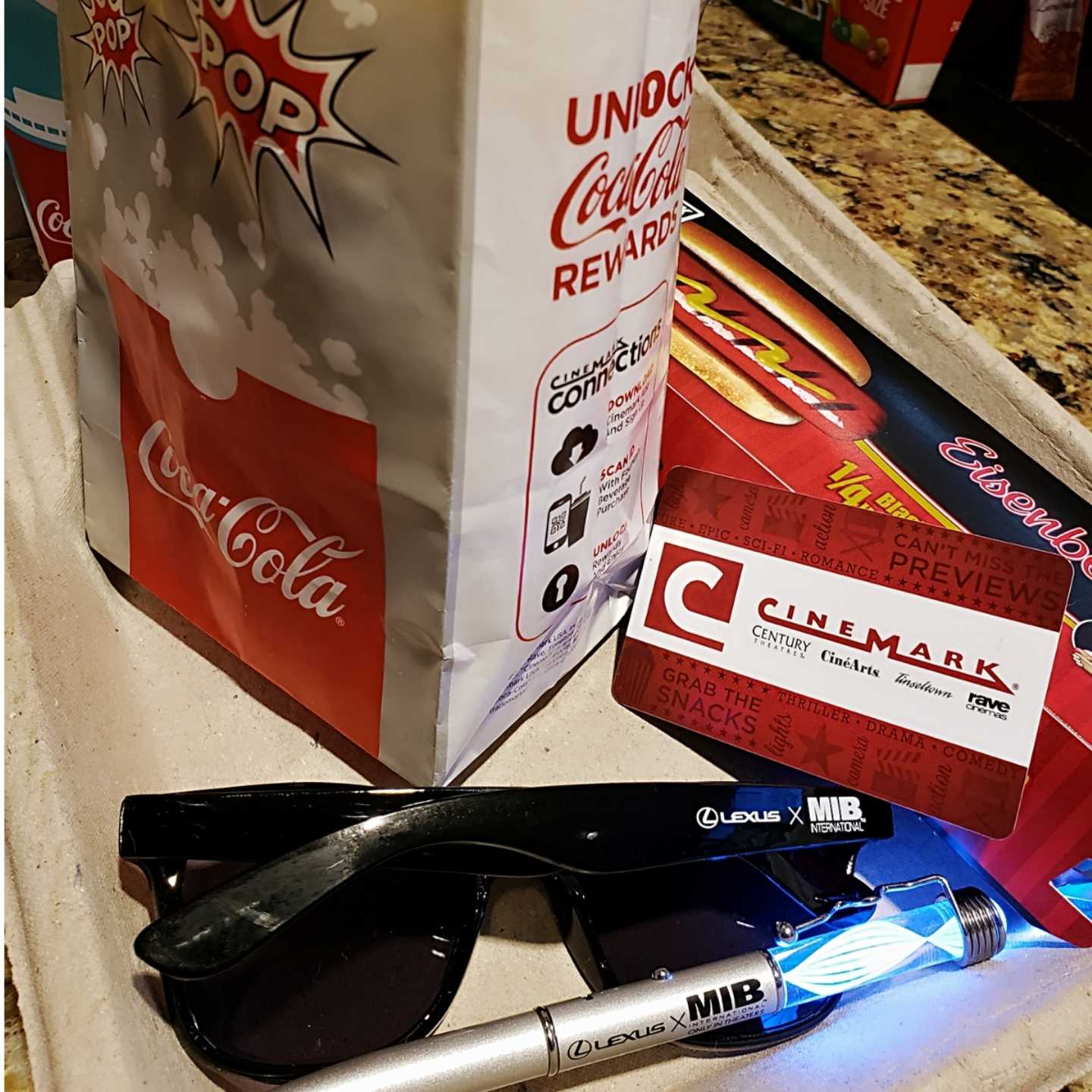 The Lucky Onez Red Dashiki Jacket will bring life and style to your fashion.

The Lucky Onez is a fashion label and clothing line which represents positivity, a healthy lifestyle and having individuals being the best version of themselves. Whenever The Lucky Onez are partnered or working with other individuals or groups; we want everyone to live well, look well and feel well. Being in a great mood and having a high spirit is what we want for the world.

The Audi e-tron is the first fully electrically powered series production model from the brand with the four rings. The company will present its sporty full-size SUV – which is suitable for everyday use – to the world for the first time in San Francisco. 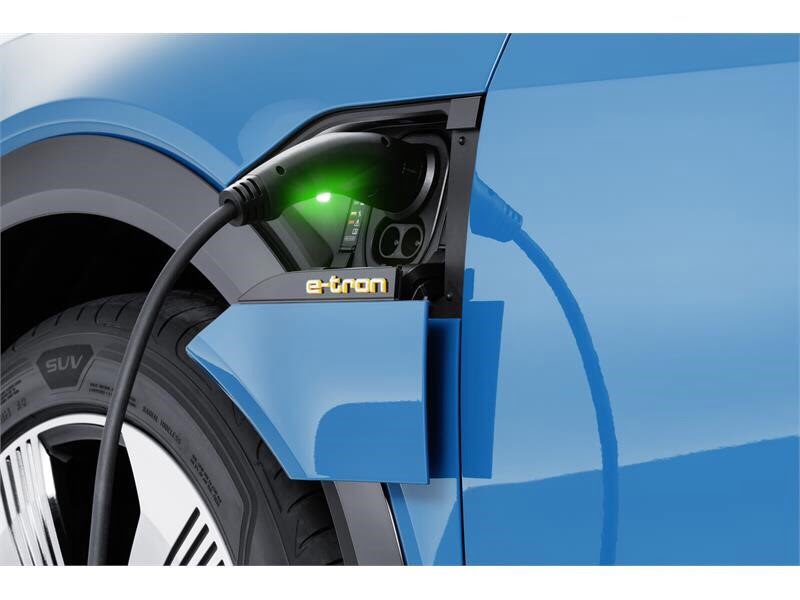 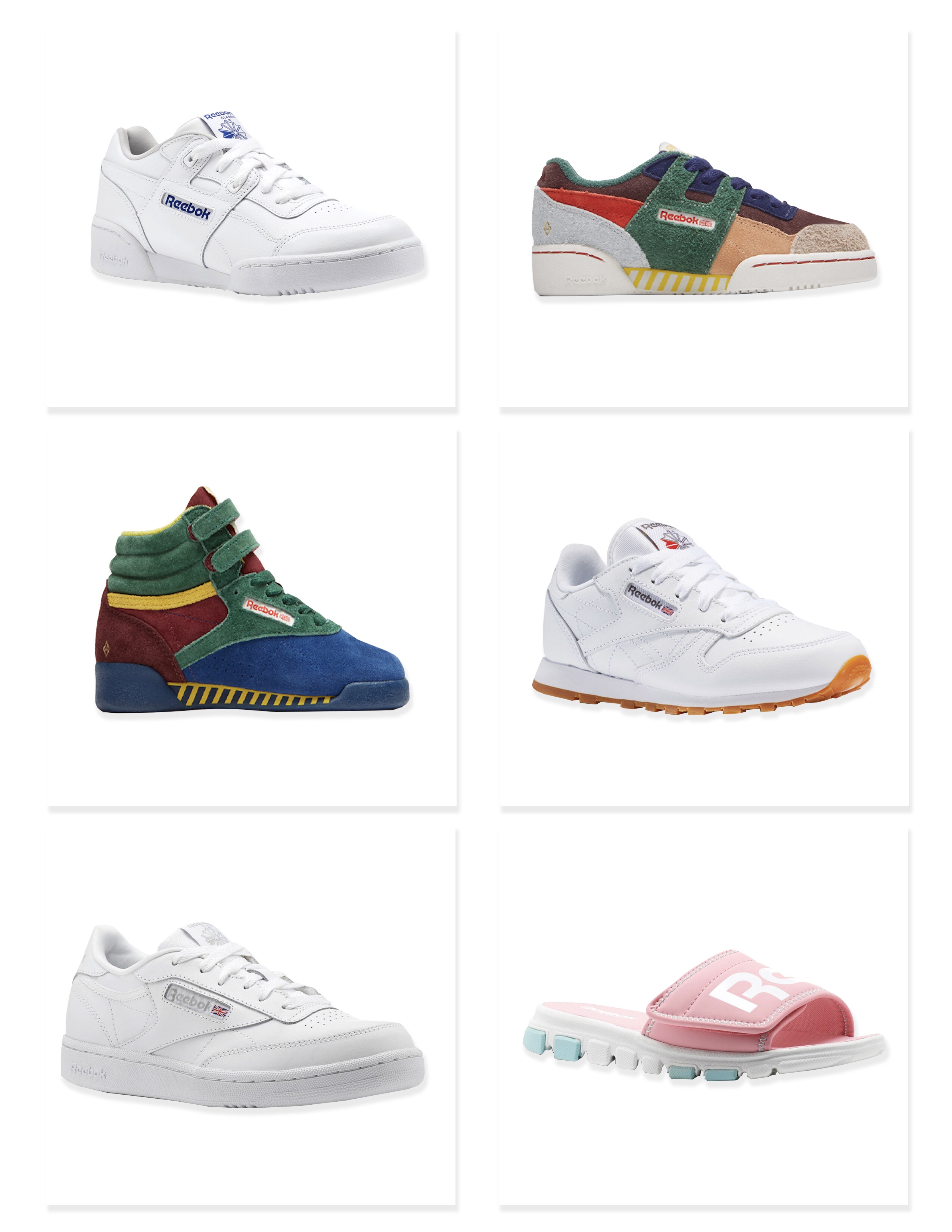 You can find them HERE.

Everyone recalls the Spice Girls and their reign in the late 90s. The iconic girl group were known for making pop hits and setting the trends. One of those epic trends was introducing the world to Buffalo London. These platform sneakers have made a re-entry into the fashion market and has everyone shook. Celebrities such as Rita Ora, Ciara and Mel B have been seen rocking their own pair! The shoes have recently been made available through Vfiles and Open Ceremony. This is the look for the summer. 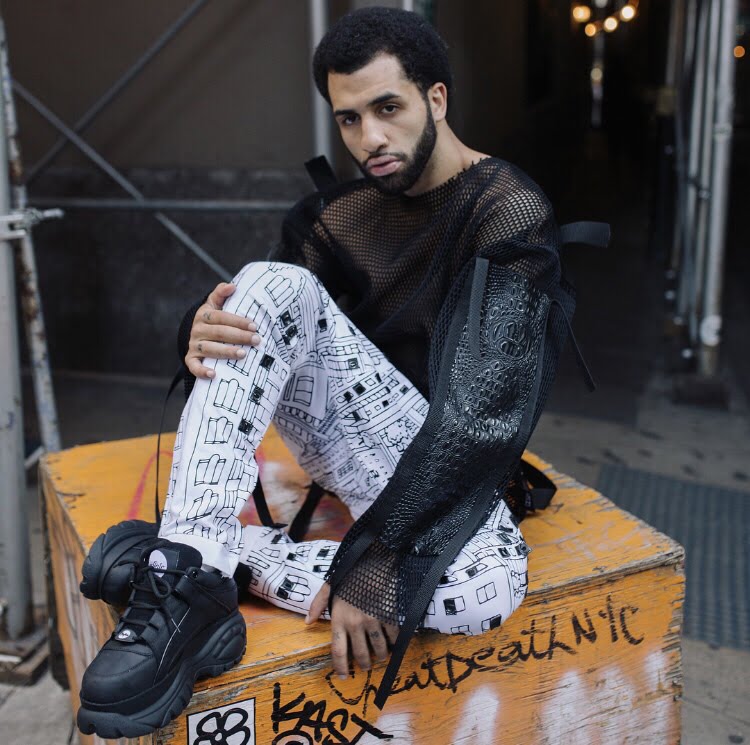 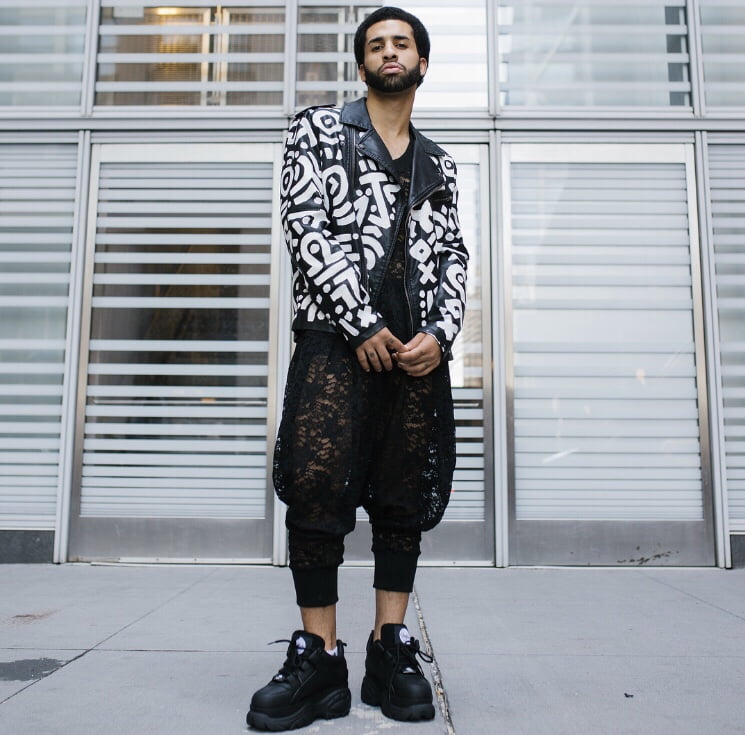 Days after it was announced that Jay-Z was named Creative Director, Puma Basketball gave a first look at its new shoe “The Clyde Court Disrupt” inspired by Knicks Legend Clyde Frazier. Vibrant colors with a fashion forward appearance to fit the b-ball aesthetic but these aren’t the average kicks. These sneakers have been engineered to improve footing, flexibility, jumping, control and numerous things needed for the court. Many players are enthusiastic about this new release including Marvin Bagley III and DeAndre Ayton who are part of the Puma family. The estimated released date is the fall of 2018. 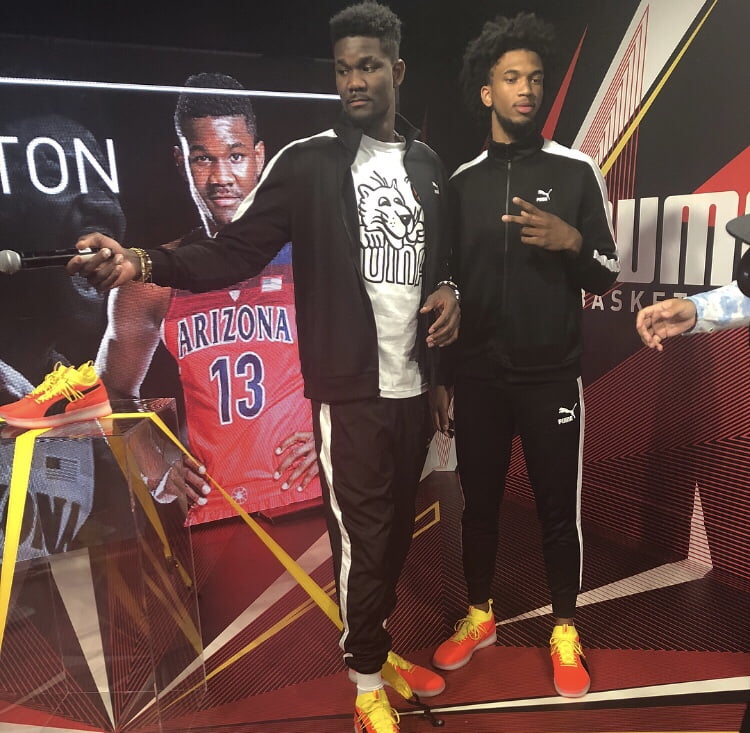 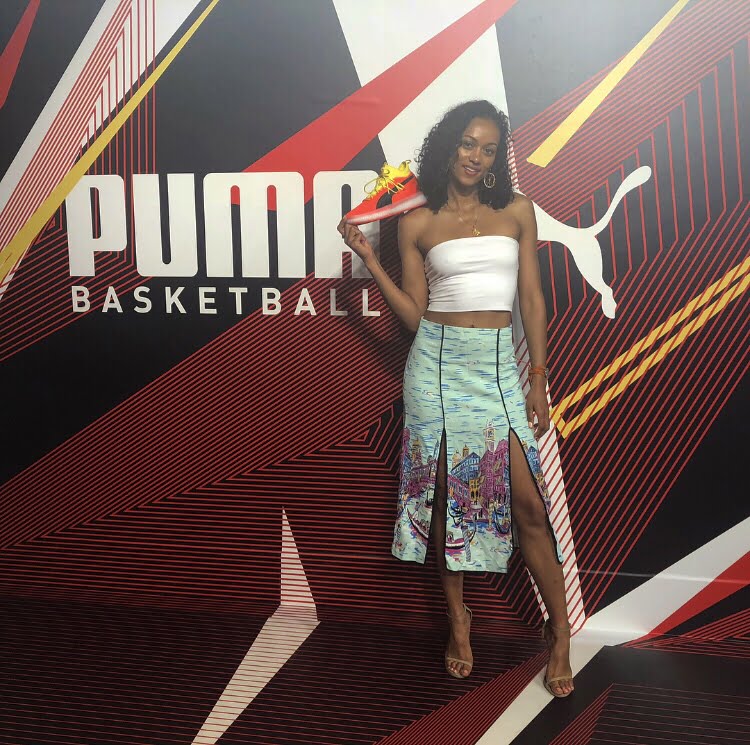 -Fisker’s patent-pending Flexible Solid-State Battery changes global perception on EV charging and powering personal electronics with 2.5 times the energy density of lithium-ion; Working battery and bulk battery will be on display at CES

For 2018, Jaguar is introducing a genetically enhanced version of its already popular F-Type series – the 400 Sport Coupe Special Edition. At first glimpse, the vehicle immediately appears to be a part of the family, yet subtle differences cause it to break away from the battalion.

Although the F-Type didn’t call for a redesign, they redefined excellence with a one-year-only configuration. This limited version exhibits tons of sporty appointments which hint nifty performance gains to be anticipated as well. The 400 Sport is featured in three different metallic colors: Yulong White, Indus Silver and Santorini Black. It arrives in two different drive trains – AWD and RWD. Lastly, one can select between a convertible or coupe.

As of late, we had the joy of testing out the Indus Silver two-door AWD (allowing it to grip and corner with ease). While approaching the vehicle head-on, you are at once enthralled by its bespoke elements – stealthy accents on the grille fitted with an audacious front splitter adorning “400 Sport” in bold yellow.

While orbiting the vehicle, we gained an admiration of its contoured yet nimble stance. Some of the new additions included blade-like extended side sills and prominent front/rear splitters which shout, “I am fast as I am athletic.” It squats on 20″ Dark Satin alloy wheels that come to a stop with Super Performance 380mm front and 376mm rear brakes (currently, an upgrade featured in the 400 Sport). With a wheelbase of 103.2,” ground clearance of only 4.1″ and a length of 176.5,” you can be reassureed that this vehicle was built to track (very little drag coefficient w/ automatic retractable spoiler).

The F-Type 400 Sport possesses the most agile V6 offered in the series, until now still doesn’t measure up to the R (V8 550hp) and SVR (V8 575hp)’s performance. It’s the difference between a Ferris wheel and a roller coaster (less scream factor). Nevertheless, this 3.0L V6 400PS supercharged engine delivers 400hp with 339lb-ft of torque alongside of an 8-speed gearbox. It’s 20hp faster than its forerunners. Most of it is felt in the top end which makes it worth acquiring. This increase in power also enhances the already invigorating exhaust that’s expelled through the trumpet-like tips. Letting off the gas at high RPMs (5000+) will make the car backfire – crackling and popping like a 4th of July fireworks show. Don’t fret, though. As prevalent in former models, Jaguar wanted to make certain you don’t upset the neighbors by adding an option to tame it with the press of a button.

Inside the cabin, your eyes are drawn yet again to the vibrant yellow emblems, “400 Sport” tastefully planted: the steering wheel; console finisher; embroidered headrests and tread plates, reminding you of the anomaly of which you have. In addition, slimmer premium leather performance seats improve dash to backrest space, creating a racier ambiance. For the foremost time, there’s a flat-bottomed sport steering wheel accompanied by anodized aluminum paddle shifters ergonomically placed for aggressive driving. Next, you’ll discover the beautifully black-coated aluminum center dash baring a touch screen infotainment system which allows you to navigate, choose your favorite station and/or Bluetooth to your smart devices.

The 2018 Jaguar F-type 400 Sport Coupe Special Edition is definitely something special. Aside from all the jaw-dropping signature patches, it offers exclusivity to the owner because of its minimal production, unique performance and cosmetic upgrades. This makes it a well-balanced vehicle of choice for those seeking something snazzy without the hefty price tag.

In short, we forecast this to become the affluent millennials’ two-seater select for 2018. 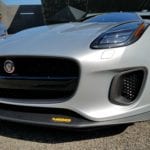 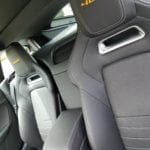 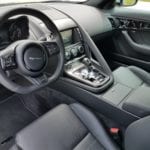 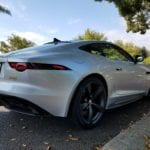