SET TO GRACE ROLLING LOUD STAGE IN MIAMI THIS YEAR

Today Alabama rapper OMB Peezy releases new single “Let Up“. This song showcases Peezy’s signature flow alongside a hypnotic, texturized beat. With cosigns ranging from Lil Boosie to Meek Mill, OMB Peezy is proving he is a force to be reckoned with, which he makes clear in “Let Up”, declaring “I got my foot up on their neck and I ain’t gon’ let up.” As a follow-up to his viral single “Big Homie“, which has accumulated over 18 million views on YouTube, and a string of pop-up performances nationwide — “Let Up” is the beginning of a new chapter for OMB Peezy.

ABOUT OMB PEEZY:
Alabama born rapper OMB Peezy is known by his distinctive sound that marries influences to the South and West. Peezy inked a deal with 300 Entertainment and E-40’s Sick Wid It Records, going on to release his debut EP, Humble Beginnings, in October 2017, which has amassed over 20 million streams across platforms. Peezy was named YouTube’s Artist On The Rise in 2017. His sophomore project, Loyalty Over Love, via Sick Wid It Records/300 Ent., features guest appearances from TK Kravitz, Mozzy, Paper Lovee, with production by DrumDummie, Dave-O, Dubba-AA and Ear Drummers, among others. His newest music video for his popular single, “Big Homie” garnered over 18 Million views on Youtube, and Peezy shows no sign of slowing down, as he gears up to release his next project Too Deep For Tears. 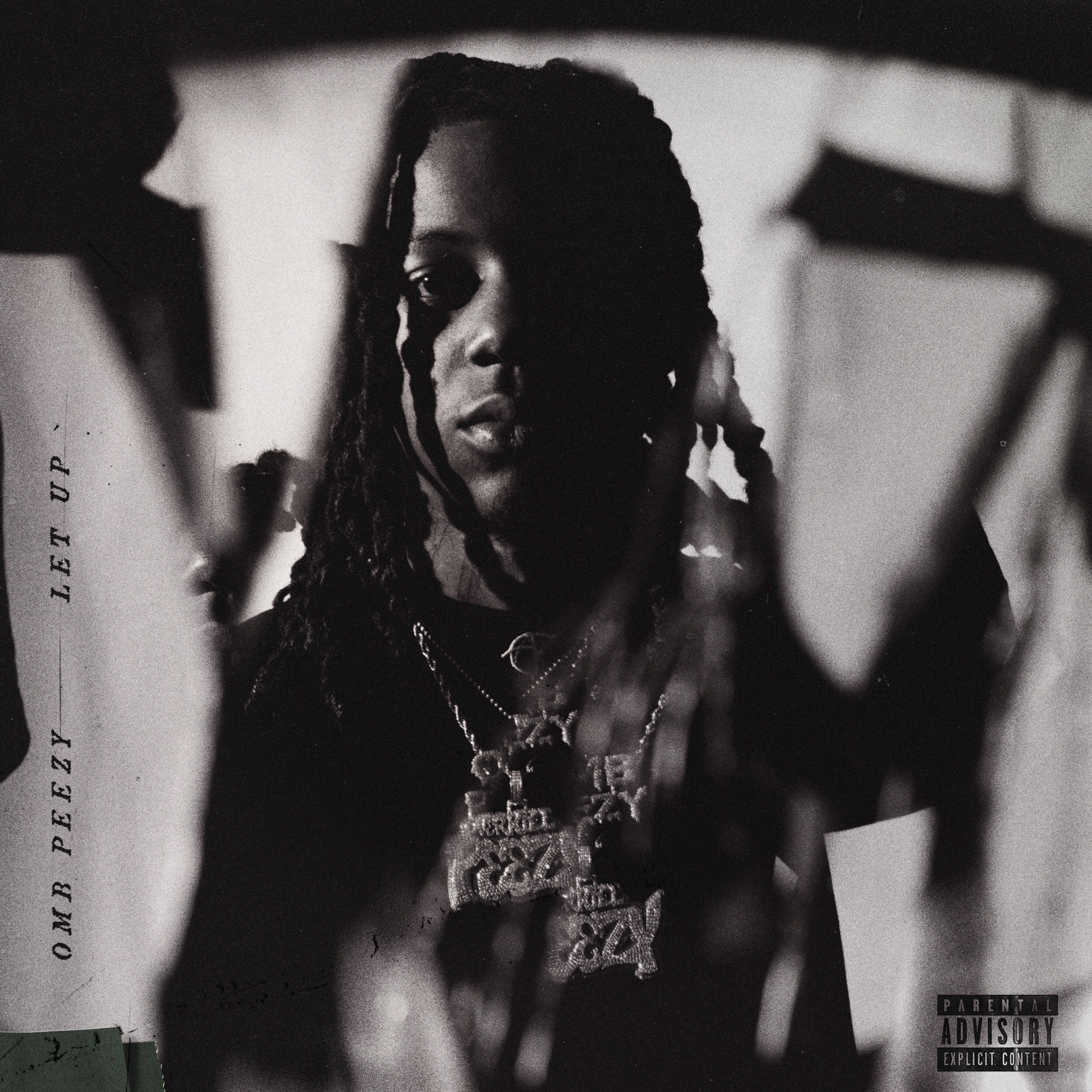 Adidas has officially confirmed its partnership with Kid Cudi, with a product set to be released later this year. No stranger to the brand Kid Cudi’s collaborative efforts with the Three Stripes began in 2018 with the release of the TRESC run. This was just the beginning of the relationship as Adidas has confirmed more footwear and apparel is coming soon.

The partnership was announced Saturday morning with cryptic wheat pastings across Miami (where Cudi will headline this weekend’s Rolling Loud festival), Los Angeles, and New York. The graphic depicts a feminine half head with a burning moon inside and will be present on all upcoming Adidas x Kid Cudi product. A URL at the bottom of the poster invites you to visit adidas.com/kidcudi where there is a sign-up page for the collaboration now live.

Beyond the product, the partnership will provide a platform to share the positive impact that creativity can have on mental wellness through music, art, and design.

FEATURED AS THIS WEEK’S ‘SOUNDCLOUD ARTIST TO WATCH’

Listen to “So High”: HERE

Baby Goth was recently named this week’s ‘SoundCloud Artist To Watch’ spotlighting her new song “So High.” The track is the follow up to the release of her self-titled EP BABY GOTH, which features previously released tracks “Swimming” feat. Trippie Redd and Lil Xan, “Mary” and “Sugar” feat. Wiz Khalifa. The singer recently wrapped her tour with Kodie Shane and will be performing at Rolling Loud Miami in May.

YNW Melly latest project, WE ALL SHINE features Kanye West and Fredo Bang, the project is due out this Friday, January 18, 2019.
Melly is the exciting Florida rapper, who captivated music lovers everywhere with his massive single, “Murder On My Mind” and popular documentary, MELLY. YNW Melly’s critically-acclaimed EP, I Am You, dropped in September of 2018. Less than a year into music, the 19 year-old has accumulated over 165 million views on YouTube. Stands out tracks such as: “Murder On My Mind,” “Virtual,” and “Melly the Menace” has shot Melly to the forefront of Florida rap and caught the attention of The Fader, Forbes, Pitchfork, Complex, Genius, Hypebeast, Hot New Hip-Hop, Elevator, and many more.
WE ALL SHINE will be available on all streaming platforms Friday, January 18th.
TRACKLIST – WE ALL SHINE:
1. City Girls
2. No Heart (Love No More)
3. Rolling Loud
4. Robbery
5. Beat A N*gga Block
6. Hold Up (Wait 1 Min)
7. No More
8. No Holidays
9. Mixed Personalities Ft. Kanye West
10. Why You Gotta Walk Like That???
11. F*ck PNC Bank
12. Ingridientz Ft. Fredo Bang
13. Curtains (Burtains)
14. Control Me
15. Alarm
Bonus Track: Butter Pecan
DOCUMENTARY – MELLY: https://youtu.be/TGIp4H_JvZg
EP – I Am You: Tidal | Spotify | Apple Music | YouTube | Soundcloud
MUSIC VIDEO – Murder On My Mind: https://youtu.be/hqDinxaPUK4
MUSIC VIDEO – Freddy Krueger: https://youtu.be/FWC9pBfrUwg

RADD®, which stands for Recording Artists Against Drunk Driving, is on more than 53 college campuses in California with a combined student population of 1.3 million and three military bases with reach to over 55,000. The campaign is backed by a grant from the California Office Of Traffic Safety (OTS) through the National Highway Traffic Administration (NHTSA/USDOT).

RADD®’s peer-to-peer program that features music talent is designed to reduce DUI arrest and fatalities, by encouraging everyone to “plan ahead” with a round-trip designated driver, ride share, Uber, Lyft or taxi. RADD®’s message is “have fun, plan ahead.”  Drinking and driving is not an option.

There has been an uptick of DUI’s and road fatalities reported daily. With the holiday season upon us, we can realistically expect more.

The iconic “Friends Don’t Let Friends Drive Drunk” celebrity campaign was produced by RADD® and is the proud two-time recipient of the U.S. Department of Transportation’s prestigious Public Service Award and a Governors Highway Safety

Fresh off a massively successful festival in the Bay Area, Rolling Loud heads down I-5 to Los Angeles to host another carnival for the culture. Bringing out hip-hop’s best and brightest to the City of Stars for a nonstop two-day event, Rolling Loud Los Angeles proudly unveils the lineup for its 2018 edition. Headlined by Billboard chart dominators Cardi B and Post Malone, Rolling Loud L.A. gathers an unbeatable variety of artists from across the rap spectrum, from established stars like Lil Wayne, Lil Uzi Vert, 21 Savage, Wiz Khalifa, and Young Thug, to meteoric risers like Gunna, Juice WRLD, Lil Skies and Trippie Redd, to promising newcomers like Flipp Dinero, YBW Melly, wifisfuneral, Yung Bans, and Lil Mosey, to West Coast heroes like Ty Dolla $ign, Tyga, Nipsey Hussle, Shoreline Mafia, Yung Pinch, and Roddy Ricch, plus many others. Occurring on December 14th and 15th at the Banc of California Stadium Grounds in Downtown L.A., Rolling Loud Los Angeles is the perfect opportunity for rap fans to send off the year in style. Buy tickets exclusively at www.rollingloud.com.

Featuring a three day lineup and moving from Bayfront Park to Hard Rock Stadium, Rolling Loud Miami proved that bigger is better in 2018. With over 140 artists performing during an action-packed weekend, Rolling Loud Miami 2018 brought capacity crowds each day to the Hard Rock Stadium in Miami Gardens earlier this month. Headlined by J. Cole, Travis Scott & Future, Rolling Loud 2018 boasted performances from heavy-hitters like Migos and Lil Uzi Vert, veterans like N*E*R*D, The Diplomats and Juicy J, established names such as Young Thug, Big K.R.I.T., Young Dolph and Rick Ross, and risers like Playboi Carti, Lil Skies, Ski Mask The Slump God, Trippie Redd and many more. Founded by Matt Zingler and Tariq Cherif, recently the new subject of a feature in the Wall Street Journal, Rolling Loud continues to expand its profile as one of the most successful and valuable festival brands in the music business.

Be sure to check out Rolling Loud’s Instagram for the latest updates: Instagram.com/rollingloud

“One of hip-hop’s biggest festivals” – The Wall Street Journal

About Banc of California Stadium
Located in the heart of Los Angeles in Exposition Park, next to the Los Angeles Memorial Coliseum, the California Science Center, the Natural History Museum of Los Angeles County, the California African American Museum, and close to the University of Southern California, Banc of California Stadium is the first open-air stadium built in Los Angeles since Dodger Stadium in 1962. The stadium is a $350 million, state-of-the-art, world-class venue specifically designed to present all types of star-studded live entertainment and creates an unparalleled fan experience for music, sports, and more. At a capacity of 23,500 for concerts (22,000 for soccer), the venue’s unique design provides for an intimate experience with excellent sightlines of the stage from every seat and superior quality sound throughout the house. Banc of California Stadium sits atop the hallowed grounds of the former Los Angeles Memorial Sports Arena, which hosted some of the most legendary music artists of all time — befitting its history, the new stadium will continue the tradition of hosting the very best in live entertainment.