“The event was impactful and enlightening.” – UMW student

“It’s taken me a while to come to terms with my situation and just going to the event was beneficial to me.” – UMW student

“I feel like we changed some lives last night.” – Speaker at event 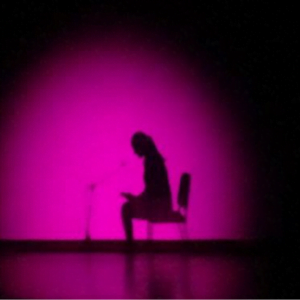 The University of Mary Washington in Fredericksburg, Virginia held its first ever Shadow Event on Tuesday, November 14. The event was put on by UMW’s Where is the Line?, a club dedicated to raising awareness for sexual assault and domestic violence as well as providing support to survivors and empowering people to restore the hope that was lost. The club is affiliated with the Fear2Freedom organization.

The Shadow Event was held in on campus Dodd Auditorium. 6 survivors were given the opportunity to share their stories anonymously. A large, back light projection screen was set up in the center of the stage and each speaker had a designated color light that illuminated their silhouette to the audience. There were 5 female speakers and 1 male at the November 14 event. Over 100 students from the small school were in attendance to show their support. Representatives from the local prevention and support organization, Rappahannock Council Against Sexual Assault (RCASA), were also in attendance to provide counseling to audience members who may have been triggered by the speeches. In addition to the 6 speakers, there were singers that performed a song every 2 speeches to allow audience members to recollect themselves and take a mental break. Tori Power of the school’s show choir group covered Sara Bareilles’ “Brave”, Ellé Antzoulatos, WITL’s marketing coordinator, sang Miley Cyrus’ “The Climb”, and Rachel Lynch, a dedicated member of WITL, sang an a Capella version of Jeff Buckley’s “Hallejuah”. 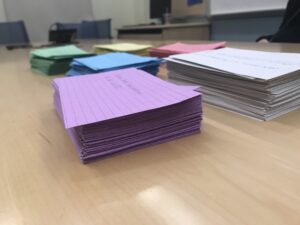 The audience members were given a set of colored notecards and a pencil upon arrival and had the opportunity to write words of encouragement to each speaker. The notes have been screened by club members and will be given to each survivor who spoke to help with the healing process.

The event was a tremendous success and WITL has begun planning and preparation for this spring’s Celebration Event, an interactive event where students will put together after care kits for victims of sexual assault and domestic violence to receive upon intake into a shelter or at the beginning of a rape kit. To help fund for the event, the club has launched a T-Shirt sale. To support, click HERE

About Where is the Line?
ere is the Line is a club dedicated to the prevention of and spreading awareness about sexual assault and domestic violence. The club hosts events and projects to aid survivors as well as educating peers about the issue. The club founded the Share The Hope project, a non-profit jewelry sale in which for each bracelet sold, one is donated to a survivor. WITL at UMW was. Founded by Nicole Lind and Kelsey Welsh in January 2017.

About Fear2Freedom
Fear 2 Freedom (F2F) is a global non-profit founded in 2011 by Rosemary Trible. Their mission is to help to restore hope and dignity to survivors of sexual assault while empowering students and communities to combat sexual violence.