With lyrics spiralling through an rnb-infused bass line that is tangled over a re-worked guitar riff, the song is about “disassociation,” and explores her own personal journey with addiction and struggles with mental health. She went on to explain to NYLON how the song speaks of “isolating yourself from everyone, so you don’t have to deal with the pain you’re causing them when you hurt yourself, because that shit gets to be unbearable. [It] just sort of takes you through blurry moments of my life, from the time I had seizures in front of my parents at home, to driving off oxys, to getting locked into hospital rooms and being forced into residential treatment.” The release follows the genre-bending and stripped-down, “Bored“, which was her first release in 3 years.

It’s always been about music. Born in South Bend, Indiana, the 21-year old Dev09 sang before she could talk. Sing-alongs to Frank Sinatra on car rides, to Verdi at dinner, and to all of the Nina Simone and Wilco, New Order, Nirvana, English Beat, Libertines, and Charlie Parker that played when her mom was cooking are among Dev’s best childhood memories. Her favorite toy was a microphone. A decade of cello lessons began at age three.

Trading her cello for a guitar in middle school, things changed for Dev even as they stayed the same. A$AP Rocky replaced Sinatra, but Dev kept writing and singing. Excited by new hip hop idols, she reached beyond Indiana for collaborators without ever leaving South Bend. In fact – she tweeted at A$AP Yams, the founder of the A$AP Mob, how many retweets she would need for him to escort her to senior prom. His response, “1K boo” is now one of her several tattoos. Unfortunately, Yams died shortly after their exchange, but the experience connected the teen vocalist with A$AP Ferg’s producer, Stelios Phili.

Dev collaborated long distance with Phili, and released her breakout single, “You Made Me.” Called “sparse and stylish,” this mashup of hip hop and club pop was named one of 2015’s best songs by Pigeons and Planes.

Seizing the moment, Dev followed the success of “You Made Me” with a move to Los Angeles—a fast and furious beginning cut short by her bi-polar II diagnosis and rehabilitation in 2016. Fully recovered, Dev signed with 300 and is already back to doing what she loves. Her forthcoming EP sees Dev navigate her journey with mental health – touching on things like addiction.

“The Tonight Show” starring Jimmy Fallon returned with a new season of shows last night, and kicked off the first episode with Jimmy teaming up with Ethan Hawke to perform a duet of “On The Road Again”/”Let’s Just Stay Here” in character as Johnny Cash and Willie Nelson, respectively.

We’ve got a great lineup of shows for the rest of the week, including appearances by Ariana Grande, Jennifer Garner, Paul McCartney, and Nick Jonas.

Noah “40” Shebib, best known for helping Drake create his sound, as the title suggests, mixed the song. “Pvrx is one of my favorite out because he has the ability to make incredible music amongst the chaos he’s gone through,” 40 says. “He’s one of the most talented in our city. I’ve been watching him grow over the years and excited to see where he takes it.”

The critically acclaimed Philly-born and Los Angeles-based mohawked rock ‘n’ roll prophet recently released Your Motherfucker EP via Republic Records. Check out the $18 dollar lyric video Mondo Cozmo made himself while on a wild ride in Canada HERE.

Yesterday, 18-year-old Jadagrace exclusively premiered the official music video for her buzzing new single “My Rules” on Refinery29. About the song, Refinery29 writes,“QUOTE.“

Weaving together an eye-catching narrative, the cinematic visual perfectly complements the single’s swinging groove, sultry soul, and empowering message. It adds another dimension to “My Rules”and illuminates the multi-faceted power of Jadagrace.

It’s a big day for the songstress as she also releases the “My Rules” – Remix Bundle at all digital retailers via Capitol Music Group. Get it HERE.

Sought-after remixer Colin Callahan expands the sonic palette of the original with the dance floor-ready energy of the “Future House Remix” and “Future Bass Remix.” Jadagrace‘s music seamlessly steps into a new arena altogether with these remixes.

Right now, the artist is hard at work on her full-length debut-due out in 2018. Stay tuned for more news soon.

Updating timeless Motown soul with 21st century sass, Jadagrace arrived with a style of her own on 2017’s My Rules EP. Straight out of the gate, she earned the praise of Pop Crush, Just Jared, Jr., The Daily Shuffle, and more. Quietly building a buzz, she brings a new groove to pop music. Simultaneously, she stands out as an unforgettable presence on-screen whose credits span everything fromTerminator: Salvation alongside Christian Bale and her television series, The Jadagrace Show. During 2016, she also found herself in good company alongside Kelly Clarkson, Chloe x Halle, Missy Elliott, Lea Michele, Janelle Monáe, Kelly Rowland and Zendaya on “This Is For My Girls,” the anthem for Michelle Obama‘s “Let Girls Learn” initiative.

For more information on JADAGRACE, visit 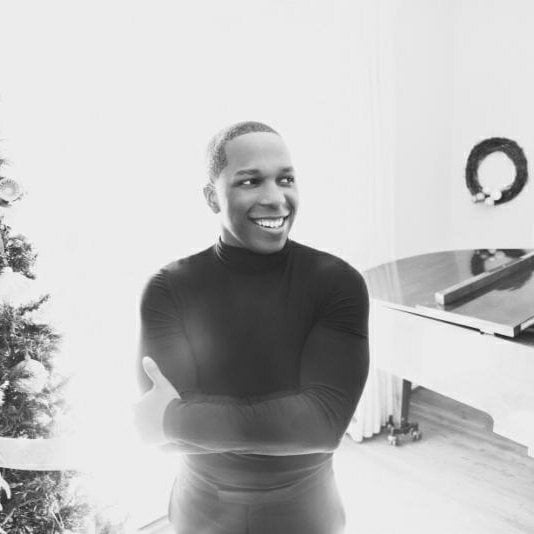 Award-winning vocalist Leslie Odom Jr. premieres the live music video for his reimagining of The Eagles’ “Please Come Home for Christmas” TODAY via People. Click HERE to view! The song is one of the four new additions on the deluxe edition, which is available now, of Odom Jr.’s critically acclaimed album Simply Christmas. Odom Jr.’s impeccable vocals are featured in the stripped down video as he and a full band perform the jazzy holiday track.

Odom Jr.’s self-titled debut jazz album on S-Curve Records won over critics and fans upon release last year, and debuted at #1 on Soundscan Current and Traditional Jazz Charts. He completed his run as the original Aaron Burr in the smash hit Hamilton last summer, a role that won him a Tony & Grammy Award. On the small screen, Odom, Jr. is best-known for his portrayal of ‘Sam Strickland’ in the NBC musical series, “Smash,” and his recurring role as ‘Reverend Curtis Scott’ on “Law & Order: SVU.” He’s also appeared in episodes of “Gotham,” “Person of Interest,” “Grey’s Anatomy,” “House of Lies,” “Vanished” and “CSI: Miami.” On the big screen, he starred in the 2012 film, “Red Tails,” opposite Terrence Howard, Cuba Gooding Jr. and David Oyelowo. Odom Jr. is currently starring in Murder On The Orient Express alongside Johnny Depp, Judi Dench, and more.

SONY PICTURES AND MARVEL TAKE OVER HOLLYWOOD FOR THE

This LIVE event, available to watch at marvel.com/spidermanhomecoming, facebook.com/Marvel, and twitter.com/marvel, will get you up close and personal with the cast of “Spider-Man: Homecoming” like no one else can!

In Spider-Man: Homecoming, a young Peter Parker/Spider-Man (Tom Holland), who made his sensational debut in Marvel’s Captain America: Civil War, begins to navigate his newfound identity as the web-slinging super hero in “Spider-Man: Homecoming.” Thrilled by his experience with the Avengers, Peter returns home, where he lives with his Aunt May (Marisa Tomei), under the watchful eye of his new mentor Tony Stark (Robert Downey, Jr.). Peter tries to fall back into his normal daily routine – distracted by thoughts of proving himself to be more than just your friendly neighborhood Spider-Man – but when the Vulture (Michael Keaton) emerges as a new villain, everything that Peter holds most important will be threatened.  Directed by Jon Watts. Produced by Kevin Feige and Amy Pascal. Screenplay by Jonathan Goldstein & John Francis Daley and Jon Watts & Christopher Ford and Chris McKenna & Erik Sommers, Screen Story by Jonathan Goldstein & John Francis Daley, Based on the Marvel Comic Book by Stan Lee and Steve Ditko.