Many cities in California and Texas have poor patient-reported pediatric care, according to a new 2017 Vitals Access to Pediatricians report. Vitals researched the top 200 American cities to find out which metros have access to the best and worst pediatric care.

The study also revealed that mid-sized cities scored better in categories such as access and quality. Aurora, Illinois ranked #1 on the list, followed by Madison, Wisconsin at #2, and Grand Rapids, Michigan, #3.

When creating the list of America’s Top Cities for Access to Pediatric Care, Vitals analyzed the number of pediatricians available in each city on a per-capita basis for their under-18 population. Patient-reported metrics such as ease of getting an appointment, pediatrician ratings, and wait times were also factored into the final rankings.

California and Texas each had 8 of the bottom 20 cities in the rankings. Many of the cities ranked in the bottom had under-18 populations higher than the national average of 24.7 percent.

Under-18 Patient to Pediatrician Ratio

Wait time also affected the overall ranking of pediatricians. Pediatricians in the top cities kept wait times under 13 minutes (the lowest wait time being close to 10 minutes). The national average is 18 minutes, 35. Patients from cities at the bottom of the list reported wait times that stretched over 30 minutes. Five Texan cities and three Californian cities were among the bottom cities.

“When a child is ill, the primary concern for parents is getting quick access to quality care,” said Mitch Rothschild, Founder and Executive Chairman of Vitals. “Vitals not only helps consumers find top-rated pediatricians near their homes, but also make informed decisions, relying on the wisdom of others who’ve contributed to the 9 million patient ratings and reviews on the site.”

The cities ranked highest on America’s Top Cities for Access to Pediatric Care include:

Vitals empowers everyone to shop for their health care like an expert. We bring together cost and quality transparency along with innovative consumer engagement programs to help people select high-quality, lower-cost care. Vitals leads the market with incentive and engagement programs that pay people to shop. Our solutions achieve measurable and sustainable savings for consumers, employers and health plans. Vitals helps more than 120 million people each year access better, more affordable care.

Dairy Queen® encourages fans to Eat Dessert First for a great cause. During DQ®‘s 12th annual Miracle Treat Day, $1 or more from every Blizzard® Treat sold at participating locations will be donated to local Children’s Miracle Network Hospitals (CMN Hospitals).

CMN Hospitals raise funds to help save and improve the lives of kids treated at 170 children’s hospitals across the U.S. and Canada.All donations collected on Miracle Treat Day stay in the communities in which they are raised to support pediatric patients and their families in local CMN Hospitals.

The featured Miracle Treat Day “Blizzard of the Day” will be Oreo®, which is still the most popular Blizzard Treat to date. All other Blizzard Treat flavors are also available that day. 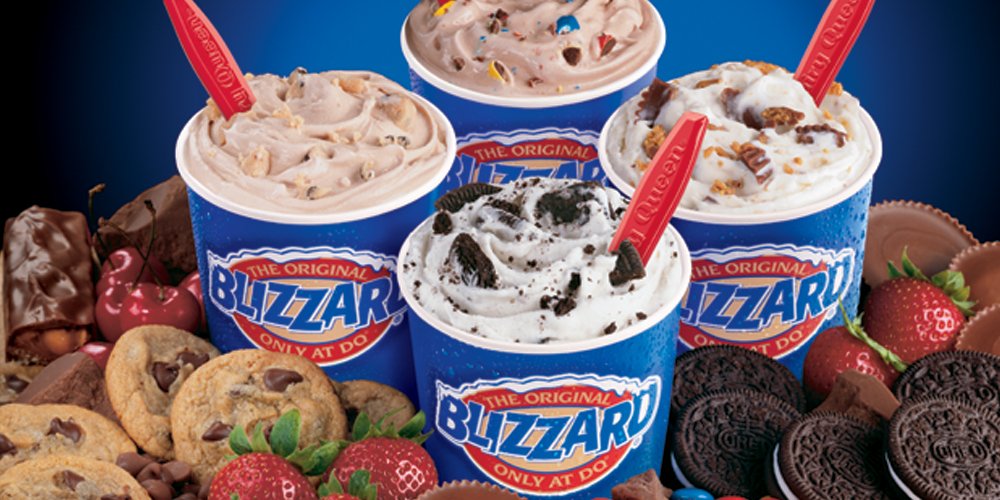 During a 33-year partnership with CMN Hospitals, the Dairy Queen system has raised more than $120 million for local hospitals.