The Lucky Onez Black and Navy Blue Logo Zippered T-shirts are extremely comfortable and pleasant to wear both indoors and outdoors. These shirts are made up of 65% cotton and 35% polyester and they have a very fashionable sense to them with zippers placed on the lower part of the shirt on the left and right sides of each shirt. In addition to the navy blue and black zippered t-shirts; we also have red zippered t-shirts with black print.

The Lucky Onez Zippered T-shirts are designed very with The Lucky Onez logo popping out in a dominant and profound way in the upper center of each shirt. Also, our TLO Navy Blue and Gold Dad hats truly complement the navy blue and gold shirt and the TLO dad hats are adjustable to fit all individuals. The Lucky Onez TLO Navy Blue and Gold Dad Hats are also very unique with the fact that its colors are bright and the dad hats bring a fashionable sense to styles of casual wear, street wear, and everyday wear as well. When it comes to The Lucky Onez we want you to live well, look well, and feel well. 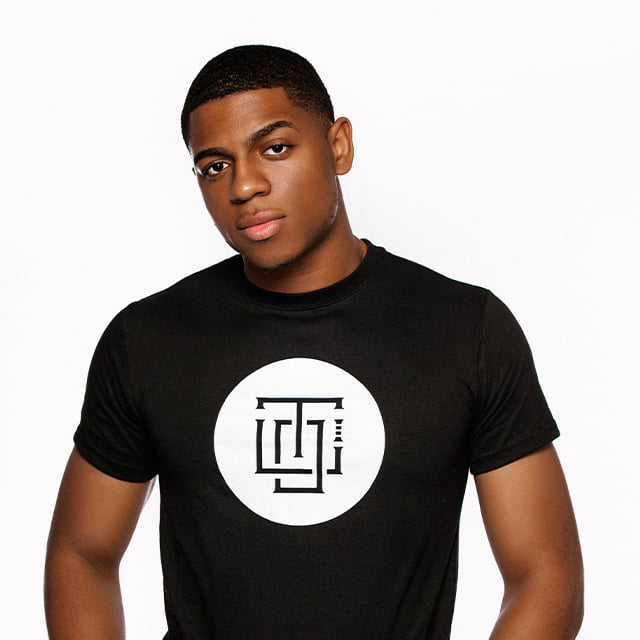 Once monthly from May through October Holiday River Expeditions (http://www.bikeraft.com/) shares the mystery and romance of the Dark Sky with star-struck guests who are participating in one of this veteran travel company’s 2018 Stargazing adventures.

“It’s easy to get excited about this special trip series. Seeing how it has deepened our guests’ understanding and our guides’ awareness of the night sky is reason enough to offer these trips,” said Lauren Wood, Holiday Trip Director. “The inexplicable boundlessness you feel staring up at the stars is just a bonus.”

On Saturday October 7, 2017 the annual EOD Undefeated Bike Ride will kick off at locations around the country, benefitting the EOD Warrior Foundation. The annual fundraiser will offer various ride distances, some spanning two days and over 150 miles, giving cyclists various rides to choose from, while supporting a great cause. Ride participants include wounded EOD warriors, active duty military Explosive Ordnance Disposal (EOD) technicians, veterans and civilians. All funds raised from the event go to support the EOD Warrior Foundation’s mission to improve the quality of life for the EOD family by providing financial relief, scholarship opportunities, physical, social, and emotional support.

“This is our largest annual fundraising event, and it is one that people look forward to year after year,” explains Nicole Motsek, executive director of the EOD Warrior Foundation.

The 2017 EOD Undefeated Bike Ride has routes scheduled that go through San Diego and Orange County in California, as well as Gulf Coast ride from the Eglin Air Force Base in Florida. There are additional rides scheduled in Denver, Virginia Beach, and there is a virtual ride option in Texas or on your own. There are various pledge amounts and ride lengths to choose from, including 6 miles, 25 miles, 60 miles, 100 miles, and 200 miles, giving everyone an opportunity to join in.

The annual EOD Undefeated Ride was started by Navy EOD Commander Kevin Childre. He passed away in 2015 as a result of injuries he sustained during a bicycle accident while raising awareness for the EOD Warrior Foundation. The annual ride that he started has not only raised over $2 million for in support of EOD Warriors, it also helps keep his memory and passion alive.

“Those who love to bike can take a beautiful ride and raise money to help bomb disposal technicians,” added Motsek. “Get registered, air up your tires, and enjoy a day of exercise and camaraderie all in the name of fun and charity. It will be a great day for everyone involved.”

The rides that have been staged include:

To get more information and register for the 2017 EOD Undefeated Ride, visit: www.eodride.org.

The EOD Warrior Foundation is an organization that helps the families of the 7,000 people in our military who are Explosive Ordnance Disposal (EOD) technicians, and perform bomb disposal duties. Engaging in the most dangerous job in the military, EOD technicians often sustain serious injuries, lose limbs, or are killed in action. The EOD Warrior Foundation helps this elite group by providing financial relief, therapeutic healing retreats, a scholarship program, care of the EOD Memorial Wall located at Eglin AFB, Fla. and more. Their work is supported by private donations and the generosity of those who support the organization. To learn more about the EOD Warrior Foundation, or see their fundraising events calendar, visit their site at: www.eodwarriorfoundation.org.

The EOD Warrior Foundation is a nonprofit organization whose mission is to help EOD warriors and their family members with a priority on wounded EOD warriors and the families of fallen EOD warriors. Specific programs include financial relief, college scholarships, hope and wellness programs that include therapeutic healing retreats, and care for the EOD Memorial Wall located at Eglin AFB, Fla. To learn more about the EOD Warrior Foundation, or see their events calendar, visit their site at: www.eodwarriorfoundation.org.