Mayor Mike Rawlings honored Dallas Mavericks forward Dirk Nowitzki with a Key to the City during halftime of tonight’s game against the Brooklyn Nets in recognition of his outstanding contributions to the community and his professional achievements over his 20-year career with the Mavericks. Nowitzki is only the third person to receive a Key to the City from Mayor Rawlings since he took office in 2011.

“Dirk embodies everything Dallas residents should aspire to be,” said Dallas Mayor Mike Rawlings. “For any sports fan out there, he’s a joy to watch, always striving for excellence and giving 110 percent. But what many don’t fully understand is how diligent, passionate, humble and generous Dirk is, on and off the court. Dallas is so fortunate and proud to have a leader like him in our city. He is a class act, a man who consistently puts his teammates, his city and his family before himself.”

Nowitzki accepted the key at halftime, joined by the mayor, Dallas City council members and three high school students who assisted in creating a larger ceremonial key specially made for Nowitzki.

“I’m very honored, very humbled. It’s been a long great ride here. 20 years representing this city proudly…the franchise, the city, and the fanbase,” Nowitzki said.  “Dallas has supported me and took me in from day one.  We grew together and I have done everything in my power to give back to this city.  Thank you.”

In recognition of Nowitzki’s global humanitarian efforts, the World Affairs Council of Dallas/Fort Worth honored him with the prestigious H. Neil Mallon Award in September 2017.

Nowitzki is one of only seven players to play at least 20 seasons in the NBA and is the only player in NBA history to play 21 seasons with the same franchise. He is the top foreign-born scorer in league history, the only foreign-born player in the NBA’s 30,000-point club, one of seven players in NBA history to reach 31,000 career points and is seventh on NBA’s all-time points leaders. On December 10, 2012, he became the first non-American player to receive the Naismith Legacy Award. He has also received the Twyman-Stokes Teammate of the Year Award (2016-17) and the Magic Johnson Award (2013-14).

Mark Cuban, owner of the Dallas Mavericks, together with Tony G., co-founder of Lympo, have announced the official launch of Lympo, the nation’s first blockchain fitness app, that rewards users with crypto tokens holding real monetary value that can be exchanged for premium products within its own in-app Lympo Shop. The free application pioneers a revolutionary new concept in wellness and personal technology.

Speaking today from the Lympo Practice Facility for the Dallas Mavericks, the heads of both partnering organizations introduced the newly launched app, as the first of its kind to use blockchain technology combined with fitness gamification to reward users for walking and running towards a healthier way of life. Those who subscribe to an active lifestyle and are ready to Walk. Run. Earn with Lympo, are invited to download the free app and learn more at http://Lympo.com.

With the help of blockchain technology and fitness gamification, users are rewarded with LYMcrypto tokens through the Lympo app for completing simple walking and running challenges. These tokens have monetary value and can be used to purchase sports and fitness products by todays leading brands in the Lympo Shop  the first online store to accept fitness token payments. Lympo is developing the option to sync data with various fitness and health tracking apps and wearables to help analyze and evaluate activities while offering personalized health and fitness advice and bespoke services to the user.

Lympo is a seamless tool for motivating people to become healthy and adopt an active lifestyle, says Tony G., co-founder  of Lympo. By improving the well-being of people around the world and providing tangible incentives through our unique technology, we aim to unite fitness and wellness communities everywhere. Lympo will utilize the data we track on our phones and wearables to reward users for the lifestyle goals they achieve.  We are very excited to debut Lympo in partnership with the Dallas Mavericks, a true custodian in the health and fitness arena.

The Lympo app offers challenges both by Lympo and its partners  coaches, wellness brands, various health, sports and fitness industry associations or influencers for example. Users can join these challenges, track their walking or running activities and get rewarded with LYM tokens upon completion. A challenge is completed when the required distance is covered. Users can also see the amount of LYM they have in their in-app wallet, including all transactions and the monetary LYM equivalent in dollars or euros. After saving a certain amount of LYM, the user is able to purchase exclusive sporting goods in the in-app store, providing an incentive to complete additional challenges.

Lympo is all about making positive changes by taking small steps towards a more active lifestyle, says Dallas Mavericks owner Mark Cuban. Lympo doesnt require you to drastically change your daily habits, but its a great incentive to gain real rewards, like Mavs tickets and gear, for fitness efforts. Lympo offers a great opportunity for partnering businesses by increasing brand awareness through sponsored challenges, while opening a direct channel of communication with niche sports, health and fitness enthusiasts. The Dallas Mavericks are Lympos founding U.S. partner and will engage fans through unique challenges and rewards through the app.

While the compelling benefits of Lympos reward-based platform are self-evident for the user, the application also presents a unique appeal for small, medium and large corporations that are looking to improve customer loyalty. Lympo brand partners are able to attract new and existing customers through the ownership of specific challenges; tailor rewards to encourage specific behavior; access tech-savvy health and fitness enthusiasts within Lympos user base, or interact directly with Lympos clientele by hosting a series of community-based events, using Lympo as a launchpad.

LYM is a crypto (utility) token, a central part of the Lympo ecosystem, used to reward users for their fitness efforts. The LYM token is also a revolutionary means of payment, allowing its users to monetize their fitness efforts and data. LYM is based on the Ethereum blockchain platform, which ensures the security and the technical stability of the token. Within the Lympo environment, LYM acts as any other traditional currency. The price of LYM is determined by market forces and is constantly changing in relation to other crypto and traditional currencies. LYM tokens currently serve as utility tokens on the platform to buy products on the in-app store. A broader range of healthy lifestyle products and services from Lympo partners will become available, such as personal training sessions or gym memberships, diet and exercise plans and the latest workout accessories. User-generated and user-controlled data will be the driver for the apps functionality.

Lympo has been actively forming partnerships with elite athletes, including current World Champion discus thrower, Andrius Gudius, as well as with the top-ranked female tennis player, Caroline Wozniacki, both of whom are Lympo brand ambassadors.

Download the app, select your challenge, and start being rewarded for your fitness goals at http://Lympo.com.

DISCLAIMER: This Is Not A Public Event!

Throughout the NBA Cares Season of Giving, the NBA and its teams are committed to serving their communities to brighten the holiday season for thousands of children and families. The Dallas Mavericks, Devin Harris and JJ Barea are partnering with Albertsons-Tom Thumb to hand out 250 Thanksgiving meals to underprivileged families at Buckner International. A new element to this event will also occur, where 20 families in need will receive car safety seats for their children from the Mavericks. 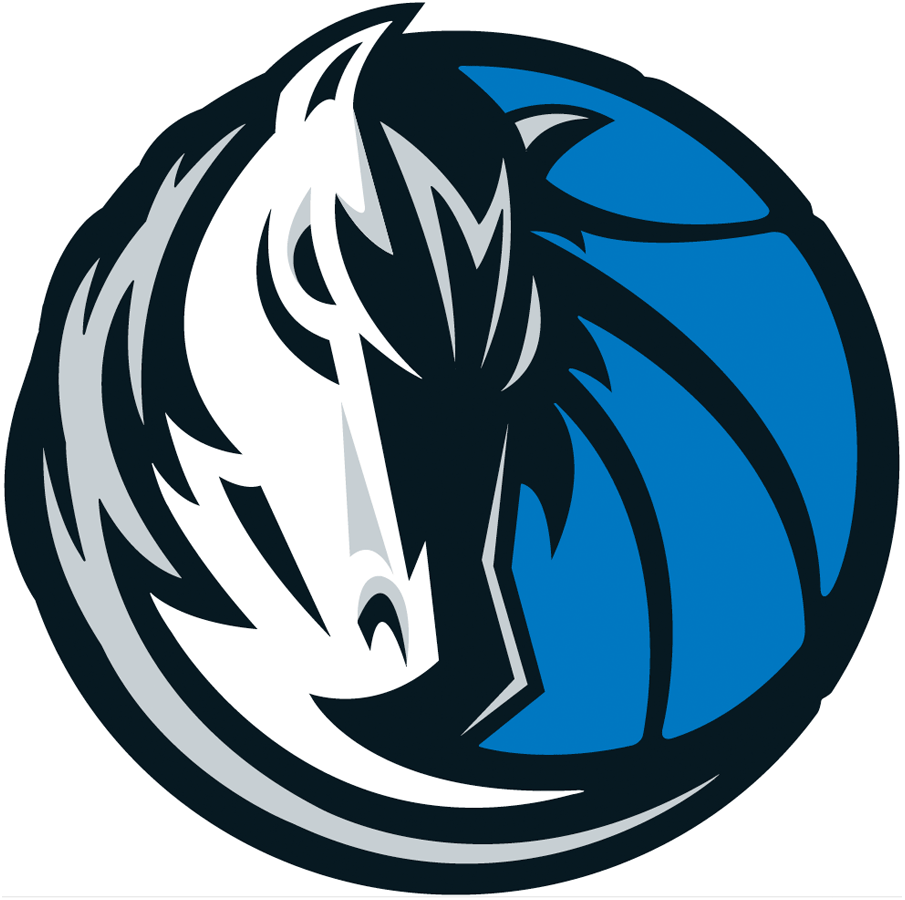 The Dallas Mavericks, American Airlines and Nick & Sam’s are proud to partner again for the 14thAnnual Seats for Soldiers, a one-of-a-kind experience to honor our nation’s heroes. More than 100 wounded service members from Brooke Army Medical Center in San Antonio will join reserve troops from the Dallas/Fort Worth area to enjoy dinner at Nick & Sam’s Park Cities, as well as courtside seats at the Dallas Mavericks vs. Utah Jazz game, tonight Nov. 14, at American Airlines Center.

“Our annual Seats for Soldiers night is a reminder that we don’t get to enjoy the game we love without the incredible sacrifices our soldiers make,” said Dallas Mavericks owner Mark Cuban. “This game is one small way for the Dallas Mavericks and our season ticket holders to say ‘Thank You’ and acknowledge the bravery of the men and women in uniform.”

The concept for Seats for Soldiers originated with Dallas Mavericks season ticket holders Neal and Jamie Hawks, who, along with other front-row season ticket holders, have donated their seats – valued at $350,000 – year after year to host the wounded service members. After the game, the soldiers get the opportunity to meet and take photos with Mavericks players, coaches, dancers, ManiAACs and DJ Poizon Ivy.

The day begins with American Airlines providing charter transportation from San Antonio to Dallas/Fort Worth though Fuel Smart, the airline’s team member-led fuel conservation program that helps provide flights for injured service members, veterans and their families using funds generated through team members’ everyday actions to save fuel. In addition, American’s pilots and flight attendants volunteer their time for the occasion.

“Giving back to the men and women who serve our country is a tremendous honor for the 130,000 team members of American Airlines,” said David Seymour, American’s senior vice president – Integrated Operations, and graduate of the United States Military Academy at West Point. “American is honored and humbled by the sacrifice these individuals have made and it is our privilege to partner with the Mavs and Nick & Sam’s to give them a much-deserved night of great food and NBA basketball.”

After arriving at Dallas Fort Worth International Airport, the group of soldiers will be treated to a four-course dinner at Nick & Sam’s Park Cities, prior to attending the Mavs vs. Jazz game. This year’s menu, created by Nick & Sam’s Corporate Chef and Partner Samir Dhurandhar, features a first course of shrimp and grits, creole crab cakes with a Cajun remoulade, prime beef egg rolls, and a sushi platter consisting of kung pao lobster rolls, crispy tuna and shrimp tempura rolls. The second course is a Caesar salad. The main course features an Allen Brothers 10 oz. prime filet with sides of mashed sweet potatoes, green beans with almonds and creamed corn maux choux. The meal concludes with Dallas Mavericks seven-layer cake, pecan pie and pumpkin pie. Beverage service will also be provided, all free of charge to the service members, and the Nick & Sam’s staff will also volunteer their time to host the group.