Today, Her unveils the live video for “Neighborhood” filmed at Studio La Fabrique in Paris—watch and share HERE! The video, directed by Rodrigue Huart, is part of the upcoming film “Are You Still Here” set for release this November.

“Neighborhood” is taken from Her’s critically-acclaimed, self-titled debut album released earlier this year, which also features the band’s hit tracks, “We Choose,” “On & On” (feat. AnnenMayKantereit & Roméo Elvis) and “Icarus.” Listen to Her here.

While still in school, the half-German Victor Solf and the French Simon Carpentier met in 2007, bonded like long lost brothers, started making music together equally informed by old school soul a la Otis Redding and post-Yeezus hip-hop and formed Her in 2015. Success followed as the breakout “Five Minutes” soundtracked Apple’s “Shot on iPhone” campaign and eventually generated over 12 million Spotify streams. The duo released a pair of EPs Her Tape #1 and Her Tape #2, spawning fan favorites such as “Quite Like,” “Union,” “Her” and amassing over 20 million cumulative Spotify streams. Merging artfully seductive and provocative visuals and dreamy newer wave pop with a jazz undercurrent, the boys crisscrossed the globe in support of the EPs, including making waves stateside. In the middle of it all, unbeknownst to anyone but those closest to him, Simon lost a long, quiet and arduous battle with cancer in August 2017. With his friend’s spirit always close by, Victor worked on what would become the duo’s 2018 major label full-length debut, Her [Republic Records].

5 Seconds of Summer (5SOS), debut the live video for their new track, Youngblood today on Vevo. The video was filmed across the band’s sold out 5SOS3 Tour– watch it HERE.

Youngblood is the title track from the band’s third studio album, out June 22 on Capitol Records and now available for pre-order. Fans who pre-order the album will instantly receive Youngblood and the first single, Want You Back.

Tickets for 5SOS Meet You There Tour, are on sale now at LiveNation.com. Each ticket purchased for the Meet You There Tour also includes a copy of the forthcoming album. The 25-city North American headline outing will launch on August 27 in Toronto, ON and include shows at several amphitheaters as well as Aragon Ballroom in Chicago, IL (September 8) and Los Angeles Greek Theatre (October 12).

5SOS new single, Want You Back, debuted at No. 1 on iTunes in over 18 countries and has already amassed more than 60 million streams worldwide. Billboard calls the track, painstakingly catchy, while Idolator says, the Aussie hitmakers dive head-first into slick pop with a rhythmic edge on their best single to date. Check out their recent performance on The Tonight Show Starring Jimmy Fallon HERE The official video, which was directed by James Larese (Eminem, Fall Out Boy, Imagine Dragons), can be seen HERE

Following 5SOS five-plus years of recording and touring behind its first two albums both of which debuted at No. 1 on the Billboard 200 the band decamped across the hemisphere to Los Angeles to find a new set of collaborators, influences, and inspirations. While expanding its musical parameters on Youngblood, 5SOS retains the hooks and trademark DNA that’s always been a massive part of the band’s appeal. They wrote and recorded the bulk of the album with the Swedish producing-writing team Carl and Rami (Nicki Minaj, Madonna). Other collaborators include Andrew Watt and Ali Tamposi (Camilla Cabello), producer/instrumentalist Mike Elizondo (Dr. Dre, Eminem, Fiona Apple), producer/engineer Noah Passovoy (Maroon 5), J Kash (Maroon 5, Charlie Puth), Asia Whitacre (Hailee Steinfeld, Zedd) and Andrew Goldstein (Linkin Park, Simple Plan). 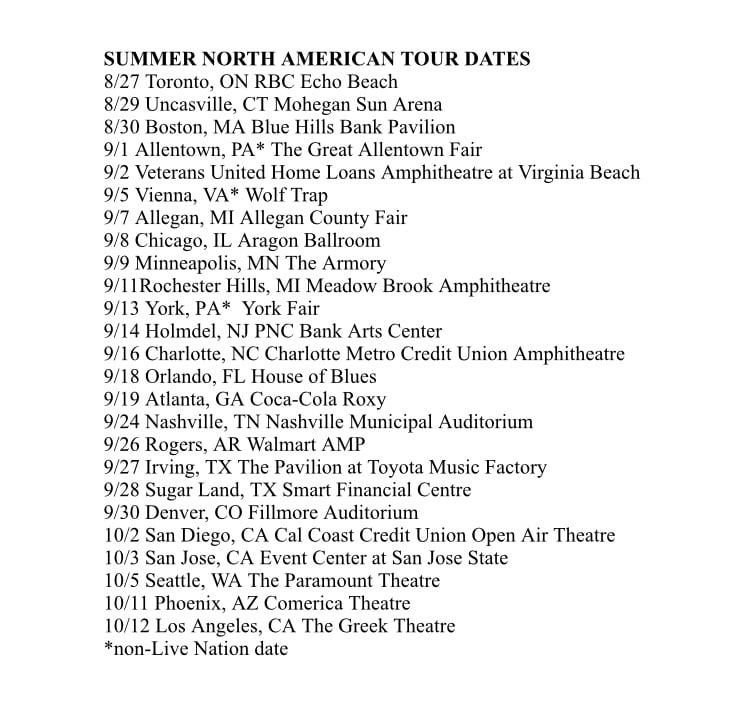