After The Related Companies (parent company of Equinox, SoulCycle, Hudson Yards) Founder/Chairman Stephen M. Ross announced his Trump fundraiser (tickets which will cost up to $250,000) in the Hamptons, all hell broke loose – tons of memberships have been cancelled online, over the telephone and in person. After all, Ross is a ‘passive investor’ for Equinox and SoulCycle which are premier fitness centers for celebrities, political leaders and senior level executives alike whom all seem to be proactively involved within the LGBTQ+ and art communities.

Why are members so infuriated?

Many feel they were a part of a movement of societal justice and equality, not just a fitness institution since its inception twenty years ago. Fast forward to present day, Equinox has popped all over every urbane and metropolitan area’s infrastructure largely in part to real estate mogul, Ross.

Lately, the brand has announced a slew of designer duds, hotel chain and talent agency geared towards their top instructors. Today, more or less of its constituents will gather at the West Hollywood location (8590 Sunset Blvd, West Hollywood, CA 90069) at 4PM to protest against Ross’s decision to host such a lavish engagement for one of the most ridiculed US Presidents in modern day times. A man who’s rhetoric has possibly fell upon the ears of young white supremacists like the alleged shooter at El Paso last weekend who gunned down dozens of Hispanic people at a local Walmart.

Maybe after today’s outrage, the Miami Dolphins owner, who was shunned for his actions by some of its players, will renege on tomorrow’s elaborate event. According to the LA Times, the soldout venue may raise close to 12 million dollars for Mr. Ross’s friend of over 40 years.

As of late, Equinox has announced the construction of a 20-story hotel and residential building downtown LA which is scheduled to be completed around 2021. 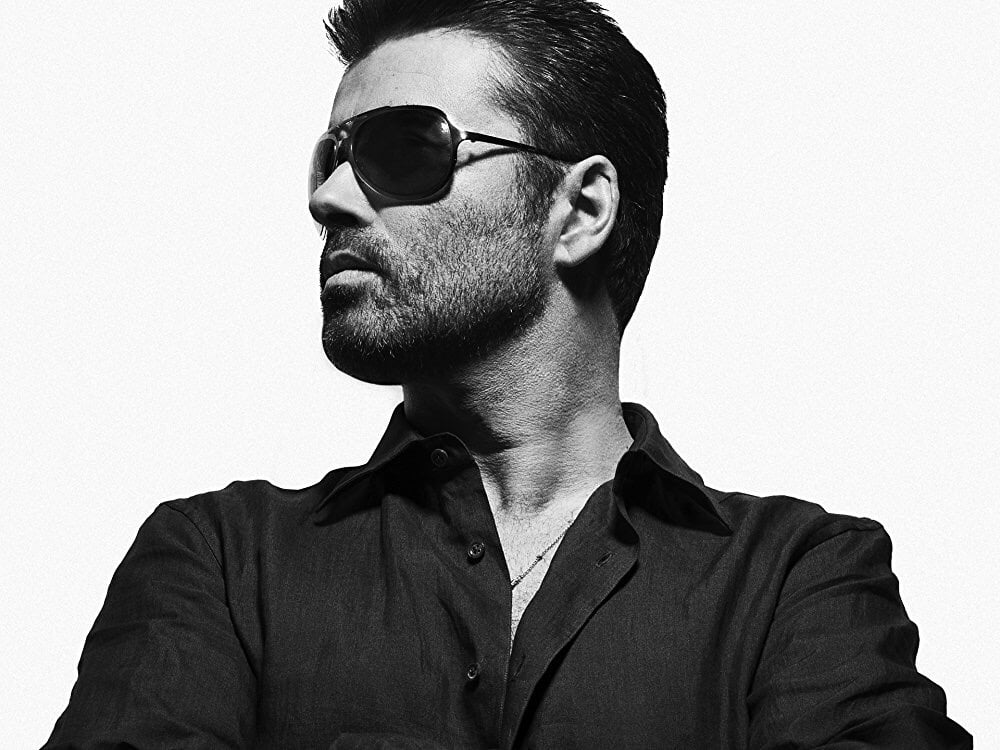 Project Angel Food hosted its 27th annual Angel Awards Gala at on Saturday, August 19, 2017, honoring the late George Michael, at the organization’s Hollywood headquarters, turning the parking lot and adjacent street into a world class wonderland for the 470 supporters, celebrities and media members in attendance. Charitable attendees, including presenting sponsor Chaz Dean, combined to raise $600,000 for Project Angel Food, during an evening that included an auction, celebrity presentations and was highlighted by a once-in-a-lifetime performance by Queen front man Adam Lambert. Lambert sang George Michael’s hits “Faith” and “One More Try” before finishing with Queen’s “Somebody to Love,” which George Michael had also covered.

Auction items included two sets of Will & Grace tickets that included a set visit, taping and a meet and greet with the cast, which sold for $10,000 each. A McLaren driving experience with a 2018 McLaren and a professional race car driver was auctioned for $12,000 and attendees also combined smaller individual donations to raise $20,000 to send 100 children of clients and their parents to “Cinderella” at the Hollywood Pantages Theater. This included a donation by actress and Angel Awards presenter Sharon Lawrence. The Angel Awards also had an anonymous donor donate $10,000 for a one-on-one reading with “Hollywood Medium” Tyler Henry.

As food is at the center of Project Angel Food’s mission, guests were treated to delicacies created by some of Los Angeles’ most famous Chefs. This included Rory Herrmann, Chef/Owner Barrel & Ashes as the evening’s Culinary Director, Jason Neroni, Chef/Owner Rose Café on starters, Neal Fraser, Chef/Owner Redbird/Vibiana for the main courses and Private Chef Stuart O’Keeffe on dessert.

This year’s event held a special significance, as it posthumously honored the legendary performer George Michael, a dedicated friend, volunteer and supporter of the organization and to date, its largest individual donor. George Michael received Project Angel Food’s Elizabeth Taylor Leadership Award, named for the iconic star, who was both a generous and loyal benefactor. One of Project Angel Food’s clients and beneficiaries of the medically tailored meals they deliver every week accepted the award on his behalf.

“George Michael was responsible for keeping our doors open and keeping critically ill members of the Los Angeles community fed when we were in dire need of help,” said Project Angel Food Executive Director Richard Ayoub. “His generosity and kindness will never be forgotten, and through the Goss/Michael Foundation’s support, every meal we provide still has some of his spirit.” Ayoub also added that, “Project Angel Food has entered a new era. It was announced Saturday night that for the first time the organization is receiving funding from the state of California for a pilot program to prove that medically tailored meals can bring down health care costs. As we have long known, food is medicine.” 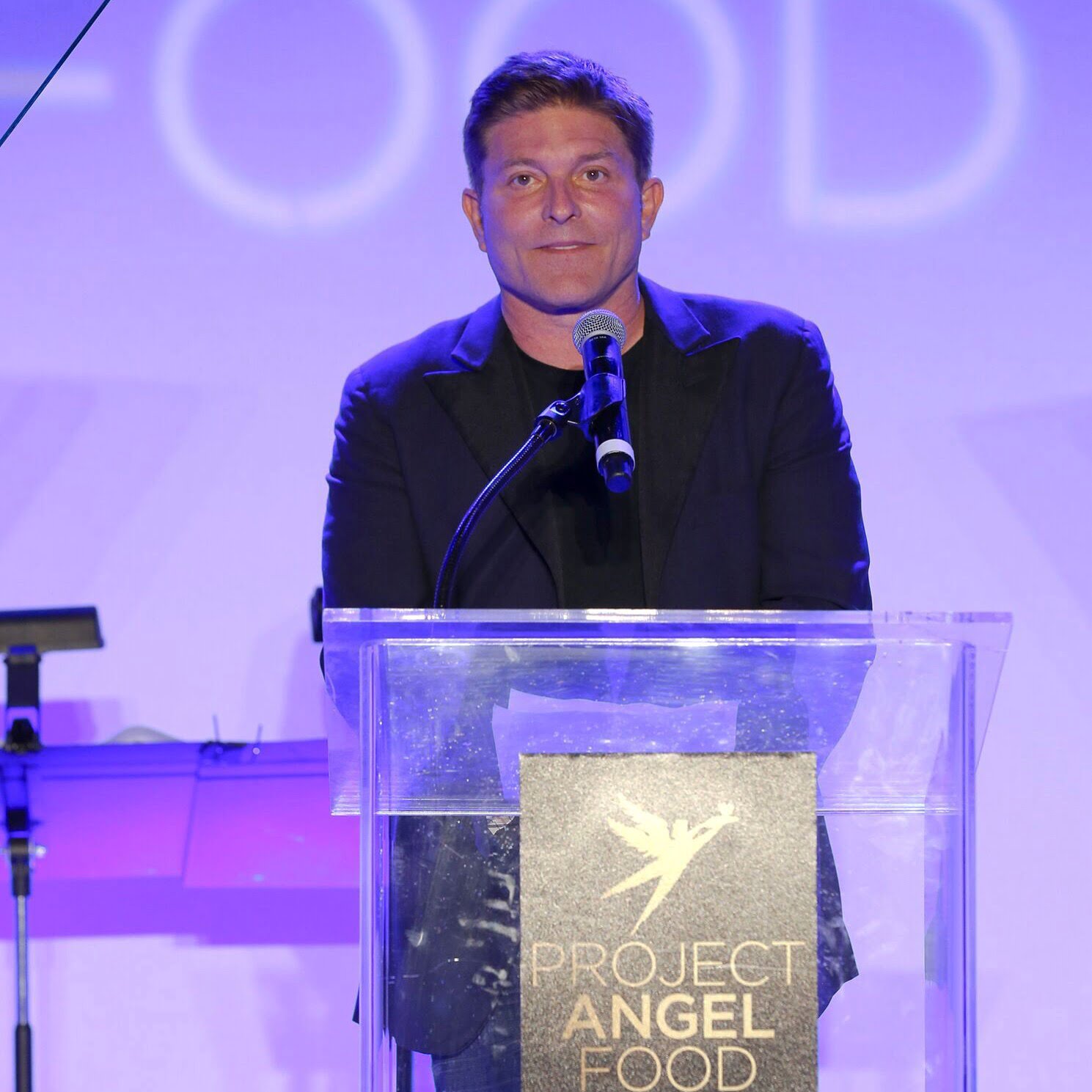 George Michael’s longtime partner, Kenny Goss, spoke at the event, recalling George’s dedication to the organization and what it meant to both of them.

“When George volunteered here in 1998, I was here with him. And I’ve got to tell you he was so impressed with the staff and volunteers, the quality of the food and the compassion embedded in the meals,” said Kenny Goss. He continued, “I’m so happy that George is finally getting the recognition he deserves with Project Angel Food’s Elizabeth Taylor Leadership Award. There’s been a lot said about George since he died, but I’d love for his legacy to be his music and his generosity.”

George Michael was a special guardian presence for Project Angel Food, when the organization was going through its most trying times. In 1993 Project Angel Food persevered to feed the influx of AIDS patients who turned to them during the height of the epidemic. Struggling to make payroll while sacrificing internally for the good of the community, Project Angel Food received an unsolicited donation, placed on the organization’s doorstep. Contained in an envelope was a check and note from George Michael, for the amount of $25,000. He would donate that same amount every year until his tragic passing in 2016.

Nordstrom was also honored, as a longtime corporate partner and active participant in the Project Angel Food mission.
“Nordstrom is committed to giving back to the communities we serve, and for more than 15 years we’ve supported the outstanding work of Project Angel Food,” said Leslie Martin, Nordstrom Senior Vice President and Regional Manager for Southern California. “We’re humbled to play a part in helping Project Angel Food deliver more and more nutritious meals each year, along with encouragement and hope, to thousands of individuals in need right here in our own backyard.”

Project Angel Food, since its inception has provided more than 10.5 million meals, free of charge and continues to prepare more than 11,000 meals a week. These lifesaving deliveries bring love and sustenance to people living with critical illness. Project Angel Food has expanded the initial mission of serving people living with HIV/AIDS to include medically tailored meals, prepared by the staff and volunteers, for men and women combatting cancer, kidney failure, congestive heart disease and diabetes. The mission has always remained intact, to feed and nourish the sick, by delivering healthy meals throughout Los Angeles County. More than 98% of the clients are living well below the poverty level, and Project Angel Food is their lifeline, filling a vital need in all communities. The client demographics are testimony to this, 40% Latino, 30% African-American, 21% Caucasian, 5% Asian and 4% other.