Harvey Stein is an internationally renowned street photographer. His work spans Mexico to the United States, Italy, India and many other places. His most recent book titled “Mexico Between Life and Death” explores the idea of a culture living in a state of limbo. He travelled to numerous cities throughout the course of 14 trips in 18 years to complete this thorough body of work.

During his presentation at the Mexican Cultural Institute of Washington DC, Stein discussed his particular style and the photographic techniques that he uses to tell stories in his work. He was specific about his straight forward approach towards photographing his subjects to express stark emotion. Stein photographs people head on and without smiles to present a natural and whole form of humanity, without filter. He uses compositional elements, the placement of people, shapes, and 2D vs. 3D planes to create images that challenge the eye. Additionally, his use of film provides another layer of genuine expression in his art.

Stein made the point that although he travelled to Mexico for almost a decade for this series, he does not know Spanish. This did not hinder his ability to interact with his subjects.

The video, directed by award-winning filmmaker Colin Tilley, explores the emotional stages of grief and loss to tell the story of 11 Minutes.  “We don’t realise how much we need something until it’s taken away from us,” says Yungblud.  “We are so distracted and focused on what’s next, we can fail to see what is actually in front of us.”

YUNGBLUD’s new single with Halsey and featuring musician (also former Blink-182 band member) Travis Barker is out now. The song titled 11 Minutes “tells the story of a perfect tragedy that reflects modern love within our society. We are so distracted and focused on what’s next, we can fail to see what is actually in front of us. We don’t realise how much we need something until it’s taken away from us,” says YUNGBLUD.

With Halsey – the GRAMMY® Award-nominated, multi-Platinum singer/songwriter who recently topped Billboard‘s Hot 100 with her 2x Platinum hit “Without Me” – and GRAMMY® Award-nominated musician Travis Barker – who has sold millions of records with his bands blink-182, Transplants, +44, and solo work, and made Rolling Stone’s list of the greatest drummers of all time – YUNGBLUD found like-minded souls who shared his vision.

“Working with Halsey and Travis was a fucking dream – at the end of the day we’re all rock kids,” says YUNGBLUD. “We grew up with a mutual adoration for the genre so it completely makes sense that we would come together and try to modernise it.” 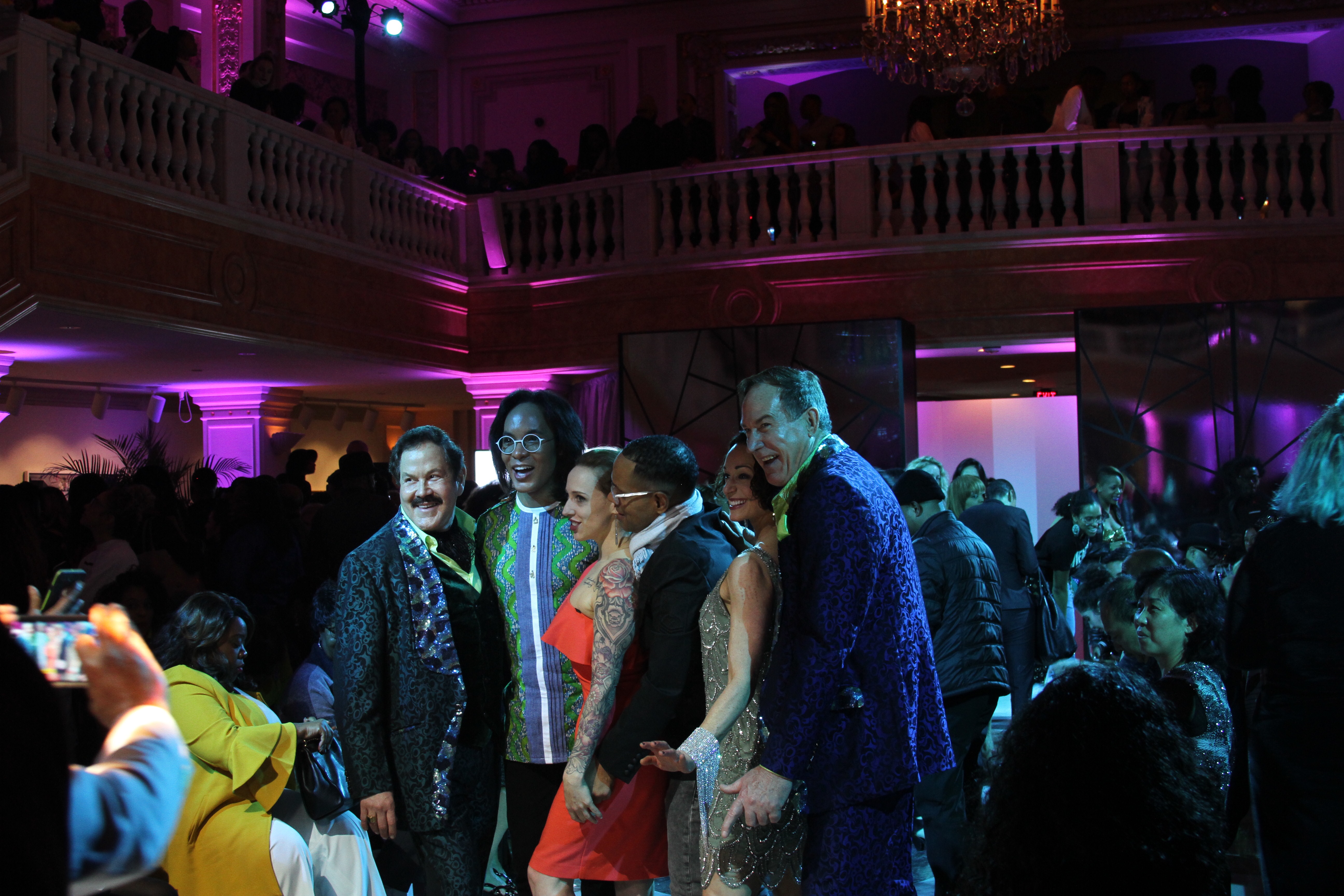 Maps Glover closed his month long residency at the A Creative DC: Brookland studio space with a performance art piece titled “Don’t Talk to the Artist While in Practice” and an open house for fellow artists and supporters. Glover is a DMV local that went to school at the Delaware College of Art and Design. He creates work inspired by human behavior and observation. He visualizes how time affects that behavior and how observation of that behavior alters the viewers perspective. Performance is where he best expresses himself, and it is in this medium that the ideas he has about our personal interactions with our emotions and decisions come to life.

During the residency he created 27 artworks centered on police brutality, media and the speed of life. In the middle of the studio stands an installation, he calls an altar, created for a previous performance series that took place at transformer dc. The installation includes paper airplanes folded, unfolded and refolded by hand that represent the 987 African Americans killed by police this year. Police brutality and black life are subject matters repeatedly examined by Glover and are present throughout all of his work.

A new theme in his work is the checker board pattern which represents the quickness of life. The theme of age is present due to the artist’s recent birthday. Additionally, he uses visuals of news and media in a couple already sold paintings that show TV personalities discussing people’s lives and ultimately misrepresenting them. 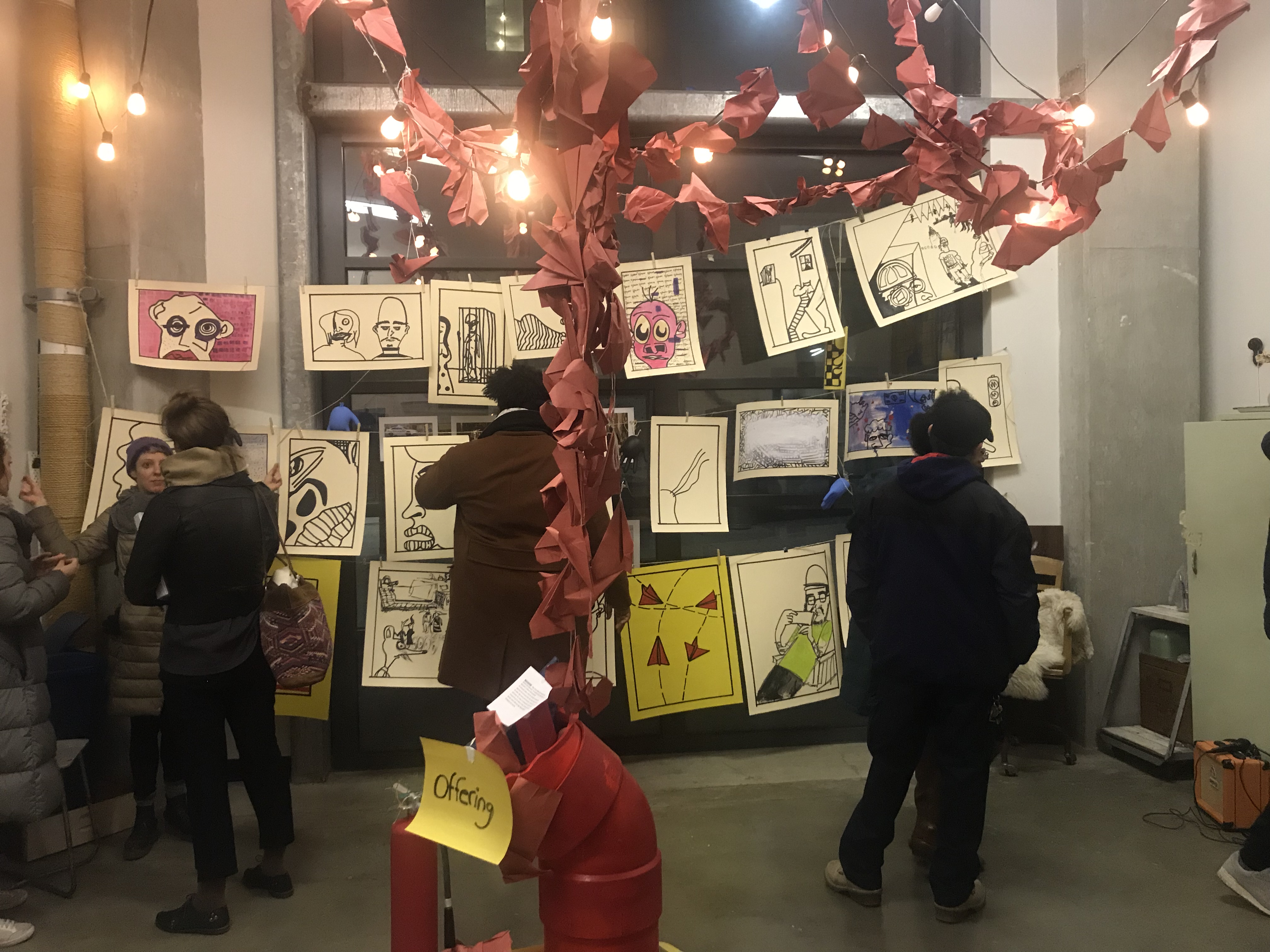 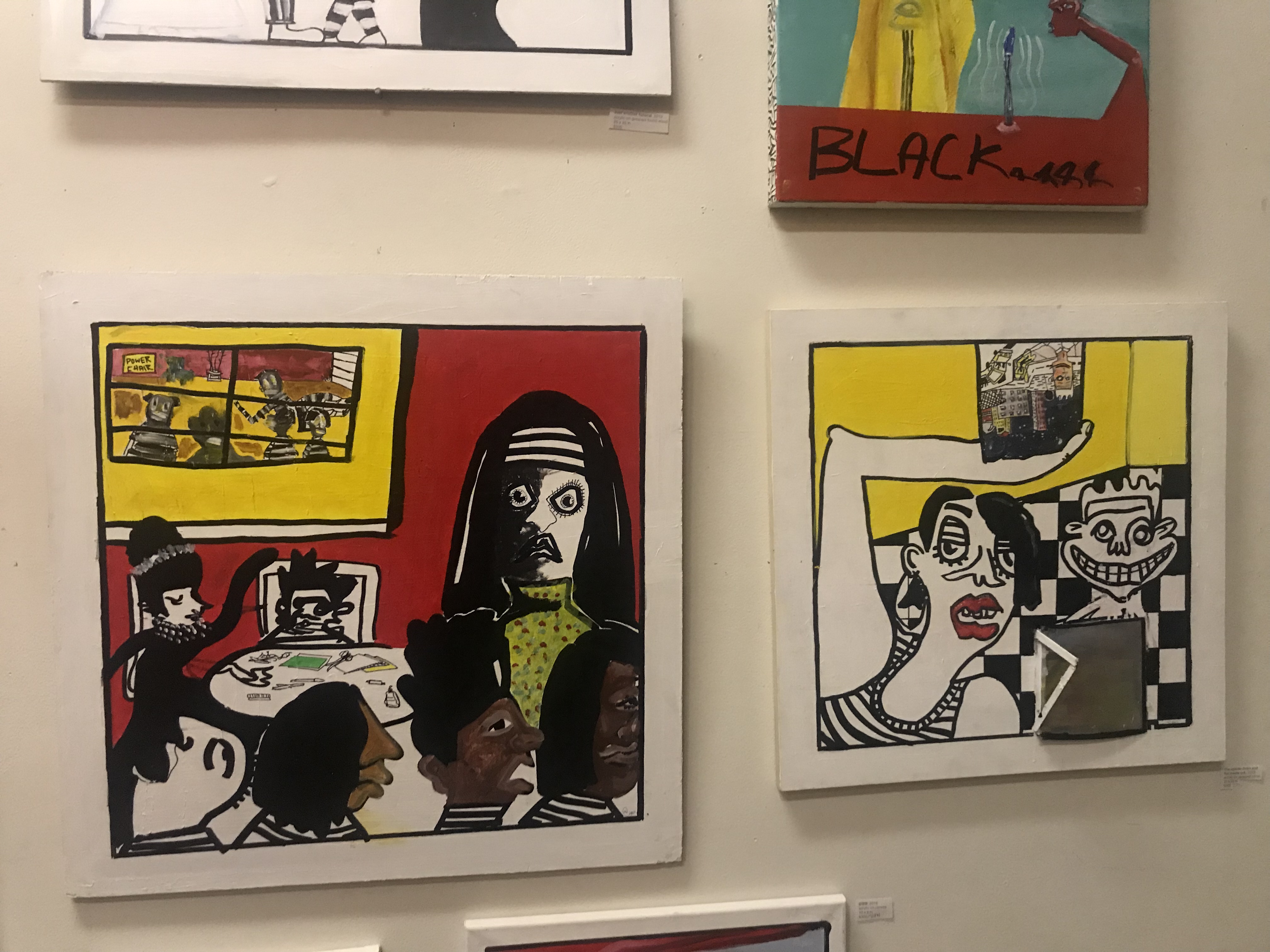 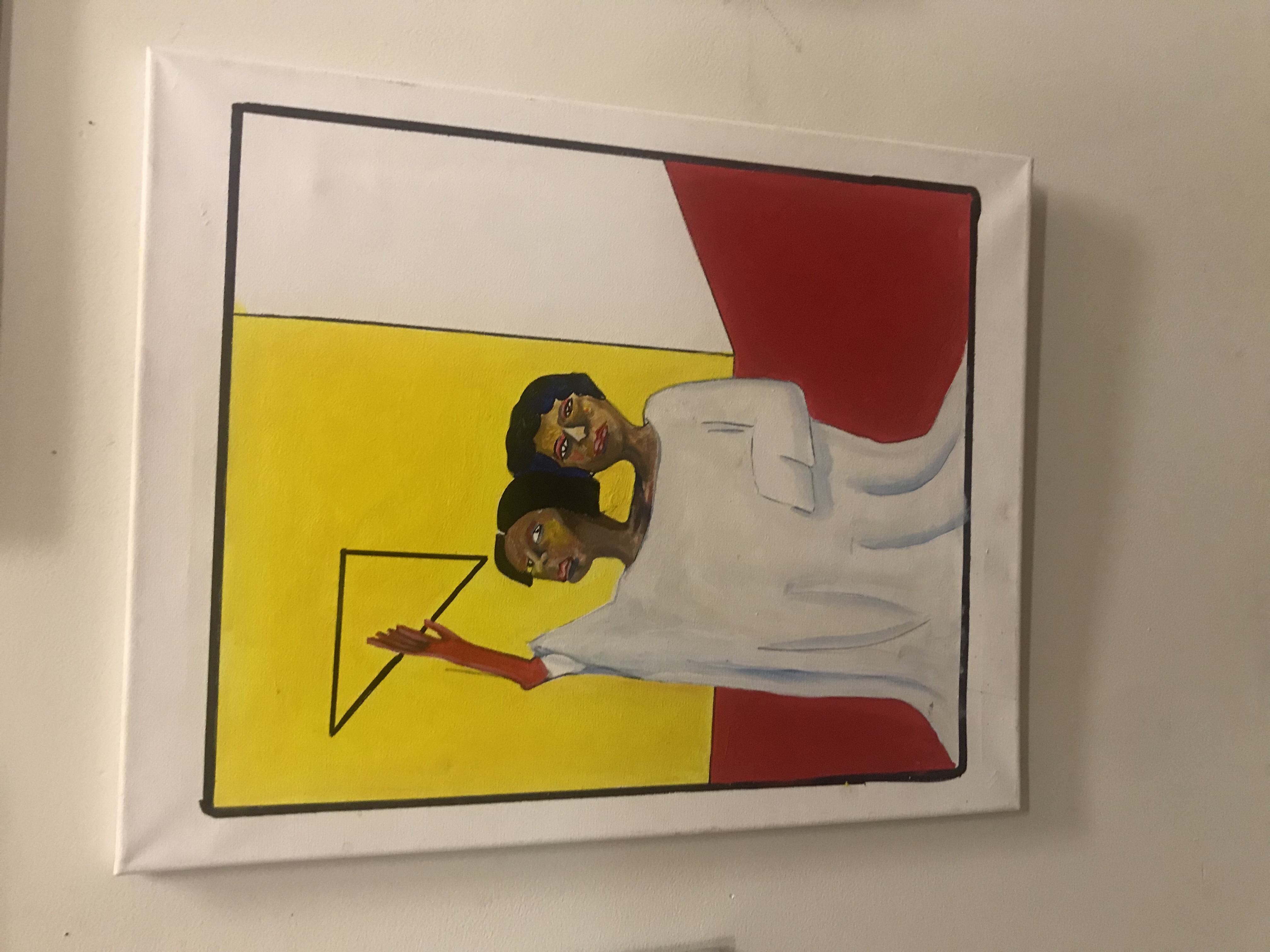 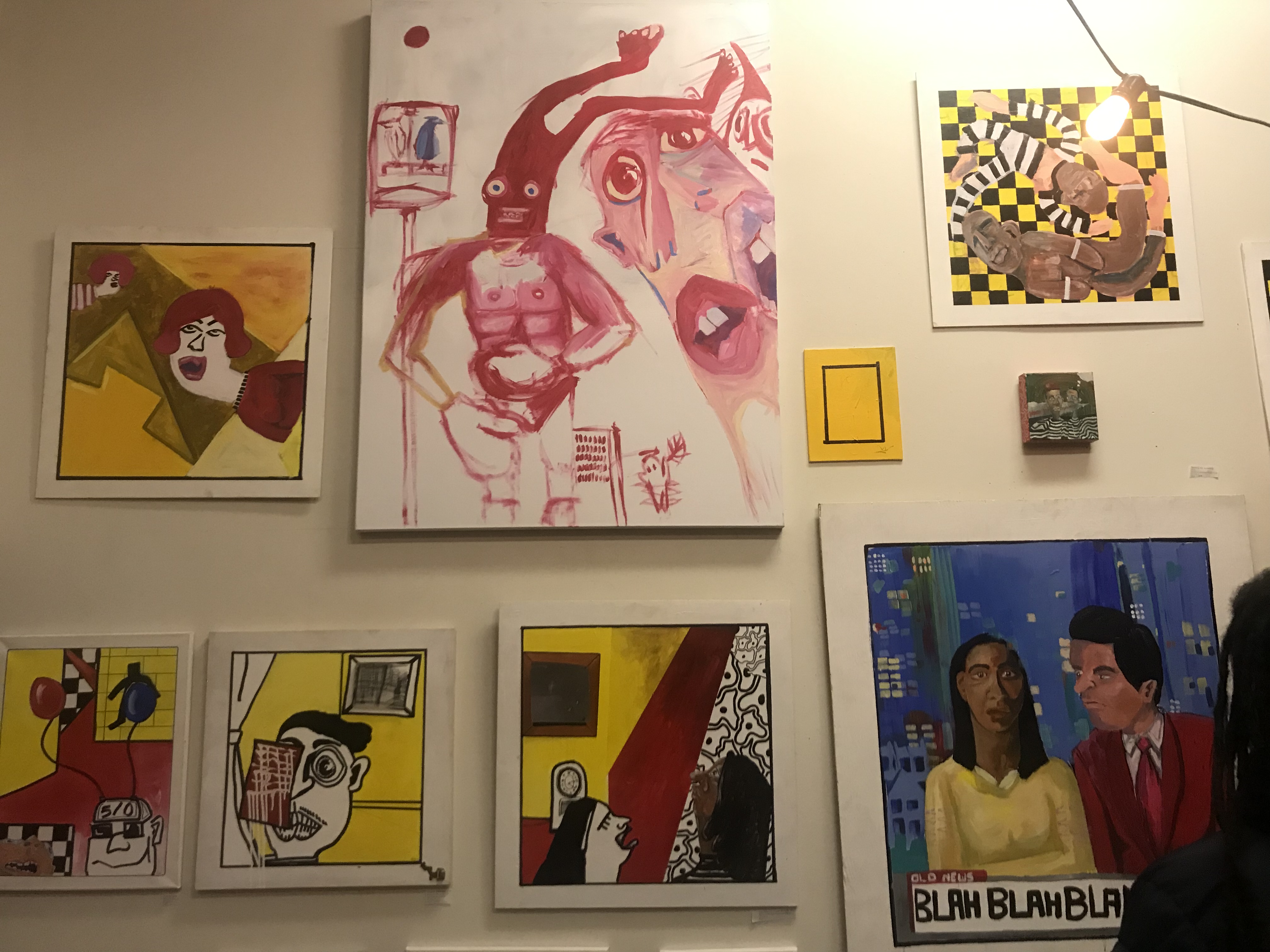