More than 180 music acts will play Roskilde Festival 2019. The Cure, Robyn, Travis Scott, Christine and the Queens, Tears for Fears and many more have already been announced, and they will be joined by 28 new artists from five different continents.

The queen of hip-hop
Straight out of the Bronx, 26-year-old Cardi B is set to headline Northern Europe’s biggest festival. The undisputed queen of hip-hop is responsible for chart-topping singles including Bodak Yellow and I Like It from her debut blockbuster album Invasion of Privacy. With seven Grammy nominations to her name, she is the first female rapper in 19 years to top the Billboard Hot 100 chart and the first ever to have three singles in the top 10 at the same time.

English R&B and pop revelation Jorja Smith is also heading for the stars: Having won the Critics’ Choice at the Brit Awards, Jorja Smith finally released her acclaimed debut album Lost & Found last year. The 21-year-old has worked with artists such as Kendrick Lamar, Kali Uchis and Stormzy, and it is no surprise that she is nominated for Best New Artist at the 2019 Grammys.

Early in her career, Danish superstar MØ enjoyed a breakthrough on Roskilde Festival’s talent stage. Off the back of her new album Forever Neverland, the Dane is ready to conquer the iconic Orange Stage once again.

Head of programme Anders Wahrén says:
“Cardi B, Jorja Smith and MØ are very different artists, but they’re all bonafide stars. From hip-hop to R&B to pop, they’re shaping the musical landscape, and we can’t wait to see them triumph at Roskilde Festival 2019.”

Bring Me the Horizon are back at Roskilde, this time for a rock lesson on the main stage. Reinvigorated stoner hip-hoppers Cypress Hill are also ready for a triumphant return, 23 years after their last visit, off the back of acclaimed new album Elephants On Acid.

All hail the songwriters of the future
Australian artist Stella Donnelly is one of the most hyped songwriters out there despite not yet having released a full album. Tackling very difficult subjects, her razor-sharp lyrics are personal and brutally honest. Julien Baker, equally, deals with tough issues such as sexuality and self-doubt. She is also part of the alternative supergroup boygenius together with Phoebe Bridgers and Lucy Dacus. The latter is also announced today, having released one of the most praised indie rock albums of 2018, Historian.

Virtually unknown outside of London, teenage quartet Black Midi are deemed the next big thing in the UK: Fans of math-rock and noise will have plenty to look forward to here. Plus there’s more from Sophie, Khruangbin, Girlpool and many more.

Roskilde Festival 2019 will be full of talents, and this is reflected in the festival’s Art Zone as well. Danish artists Alexander Tillegreen, Biba Fibiger and Ida Sønder Thorhauge are among the first to be announced for the arts programme along with acclaimed Brazilian artist Assume Vivid Astro Focus who will build a colourful, psychedelic stage in the Art Zone.

The following 28 artists are announced today:

60 music acts have now been announced for Roskilde Festival 2019, including The Cure, Robyn, Travis Scott, Julia Holter, Tears for Fears and Christine and the Queens. A total of 180 acts will play across 8 stages at Roskilde 2019, which lasts for eight days between Saturday 29 June to Saturday 6 July. Find out more and book tickets at Roskilde-festival.dk.

With more than 180 music acts in the line-up performing on eight stages and over 130,000 passionate music lovers gathered for a full week, Roskilde Festival is among the most unique music festival experiences in the world. A position the festival has held since the early 1970s.

Fuse and FM commemorate Black History Month with a month-long, multiplatform celebration of Future Black History makers from the worlds of music, entertainment and social influence.

To kick off the month, Fuse, FM and the Fuse digital platforms will premiere exclusive short form video interviews with artists Kyle and Ty Dolla $ign exploring the future of black music history and showcasing the influences and inspirations of African American artists on the rise.

**Check out the Fuse YouTube channel to see what future black history means to rapper Kyle, the legacy he wants to create, and why watching P. Diddy dance empowers him.

And the Fuse digital platforms keep the celebration going all month long, as Fuse honors superstar and rising musicians, film and TV stars, and creators with spotlight profiles, interviews, playlists, social-focused media and in-depth essays that highlight how and where these individuals are taking black history. This year’s honorees include SZA, Khalid, Cardi B and Lil Uzi Vert; must-know superstars of tomorrow like Daniel Caesar, Wizkid and Jorja Smith; actors and film stars changing Hollywood including Jordan Peele, Tiffany Haddish, Michael Che, Chadwick Boseman and Marsai Martin; and those creating must-know content and honoring their culture like Jay Versace, Jackie Aina, Amber Whittington, and Ayo & Teo. 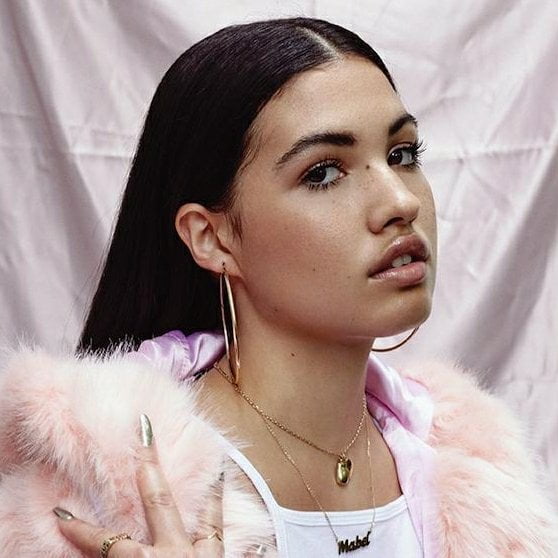 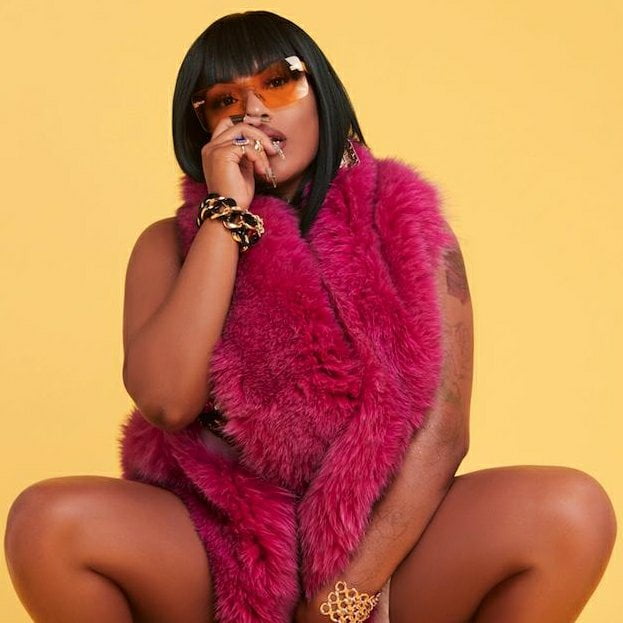 Before they were famous, Sam Smith, Florence + The Machine, and Adele were all tipped for success by the Brits’ Critics’ Choice award. This year’s line-up has just been announced and, for the first time, it’s an all-female field. Birmingham-born MC Stefflon Don is joined on the list by soul singers Jorja Smith and Mabel. The winner will be announced on December 4th, ahead of next year’s Brit Awards. Stefflon Don has already tasted chart success this year, reaching the top 10 with Hurtin’ Me, and featuring in Jax Jones’ dance smash Instruction. Mabel, who is Neneh Cherry’s youngest daughter, has also scored a top 10 hit with the slinky single ‘Finders Keepers’. All three artists are previous nominees for the BBC Sound Of… poll, which unveiled its latest longlist on Monday. The Brit nominees were chosen by a panel of music industry experts – including critics, record label employees and the heads of the UK’s biggest radio stations. More than 100 artists were considered, with each voter selecting their own shortlist of five up-and-coming artists.

Before they become ubiquitous, brush up on the 2018 nominees below.

Stephanie “Stefflon Don” Allen was born in Birmingham to Jamaican parents, before moving to Rotterdam and finally, in her teens, settling in east London. You can hear echoes of her upbringing in her confident, inventive songs, which combine dancehall patois, grime verses, and honeyed R&B vocals. Earlier this year, she scored a top 10 hit with Hurtin’ Me.

Did you know? Her moniker is a play on Teflon Don – the nickname of mob boss John Gotti – as well as “Steff London”.

She says: “I am so excited to be nominated for this amazing award. A big shout out to all my fans and dons for their support. 2017 has been lit and I can’t wait for 2018! Mad love to you all””

Born in the mountains of Malaga, Mabel was raised between Spain, London and Stockholm. Like her parents, Neneh Cherry and Massive Attack producer Cameron McVey, her music is hard to classify, but it’s rooted in the 90s R&B she used to dance to in her bedroom.

Did you know? Her nickname is Lil’ Bassy because, as a child, she would fall asleep to the sound of speaker-rattling bass in her dad’s recording studio.

She says: “Being nominated for the Critics’ Choice award really is a dream come true for me. So much hard work has gone into getting to this point, so to be acknowledged by something like the BRIT Awards means the world.”

Read more: Mabel is ushering in a new age of independent women 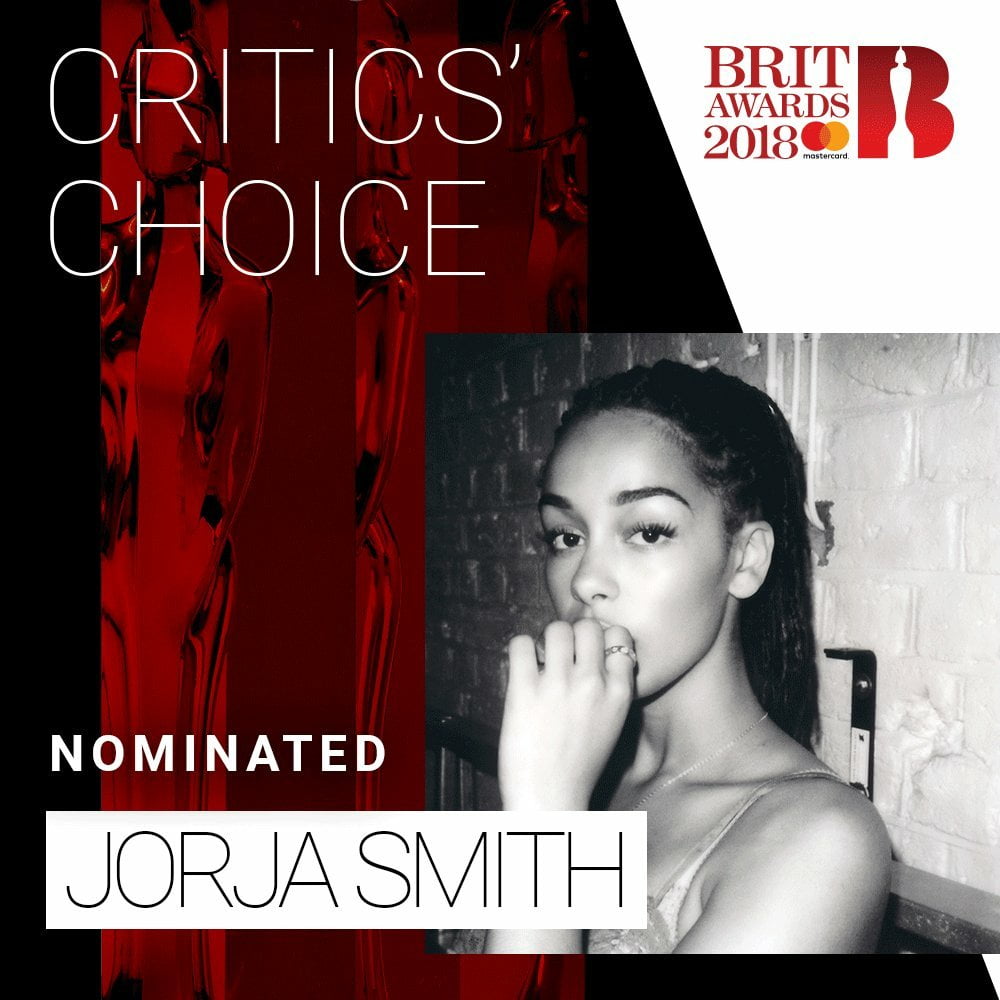 “I am so excited to be nominated for this amazing award. A big shout out to all my fans and dons for their support. 2017 has been lit and I can’t wait for 2018! Mad love to you all”

Stefflon Don is a charismatic, multilingual, multitalented rapper, singer and songwriter. Speaking English, Dutch and splattering her speech with her parent’s Jamaican patois, Steff has the effortless ability to inhabit many worlds, offering a genuine, authentic global perspective through her music. Whether rap, grime, pop, bashment or bubbling, Steff sounds utterly at home. It’s perhaps why such an impressive array of artists from Charli XCX to Lil Yachty and Wretch 32 have wanted to work with the 25-year-old. One of seven siblings born in Birmingham to Jamaican parents, Steff’s family moved to Holland when she was five-years-old, where was raised in Rotterdam and enjoyed a particularly uninhibited childhood surrounded by Europeans, Turkish and Caribbean people. She had her first studio session at the age of nine and spent her teen years singing and rapping with her brothers and sisters. Steff returned to the UK when she was 14 and made an impression in 2015 with her powerful, patois-inflected version of Wretch 32’s Six Words and her take on the Section Boy’s street smash Lock Arff.

“Being nominated for the Critics’ Choice award really is a dream come true for me. So much hard work has gone into getting to this point, so to be acknowledged by something like the BRIT Awards means the world.”

Born into a musical dynasty, Mabel spent her childhood zig-zagging with her sisters from the mountains of Malaga to Sweden, where she studied at the prestigious Rytmus Musikergymnasiet music school (before starting to write songs in London). A true child of the golden age of 00s R&B, Mabel has since blossomed into one of British pop’s refreshing and positive young role models: moving effortlessly between the worlds of music, fashion, dance and art, with her songs variously exploring female independence, sexuality, growing up and into your own skin. It’s a style Mabel continues to evolve her own way, and at her own pace: recent single ‘Finders Keepers’ has since emerged as one of the breakout hits of the year, having spent five weeks in the UK Top 10 (the third longest stint for a new British artist this year). Mabel is “blazing a trail that’s all her own” (Guardian), and 2018 looks set to confirm her status as a bonafide star who’s just getting started.

The Critics’ Choice Award is chosen by a team of experts including the music editors of national newspapers, key music and lifestyle magazines and music websites plus the heads of music at major radio and music TV stations. The Award is open to all artists who in the media and the selected Critics’ opinion will reach a significant level of success in their career the following year. Over 100 artists from a range of genres were considered for the award. The 2018 Critics’ Choice Award winner will be announced on Monday 4th December, and will be the first recipient of the specially designed Anish Kapoor award.

The BRIT (British Record Industry Trust) Awards are organized by the BPI – the record labels’ association that promotes British music. The BPI’s membership is made up of over 400 independent labels as well as the UK’s three major record companies – collectively they account for around 85 per cent of the music consumed in the UK and around one in eight of all the artist albums sold around the world.