Now a permanent feature on the international fashion week circuit, LA Fashion Week held their three-night event at the Petersen Automotive Museum this past weekend, March 22 through March 24. On the third and final night of LA Fashion Week, the events began with the unveiling of King Designs Fall/Winter Collection by female designer Jessica King.

Billie Eilish’s “Bury A Friend” vibrated through the speakers as the first two models made their way down the runway in both black and green versions of King’s Python One Shoulder Swimsuit.

The collection is full of waterproof holographic and reflective prints, python reminiscent patterns, hand dyed bralettes, leather bottoms, velvet and chains. The line combines streetwear, swimwear and sportswear in a unique and enthralling way. The body types of each model varied, reflecting the clothing line’s range of sizes from X-small to X-large and the designers inclusive views on fashion. No two models looked alike, bringing a fresh air of diversity to the runway.

Jessica King herself graciously received her applause at the end of the show in an all black ensemble featuring a one shoulder top from the Fall/Winter collection and chainwork hanging from her belted ankle-length skirt. 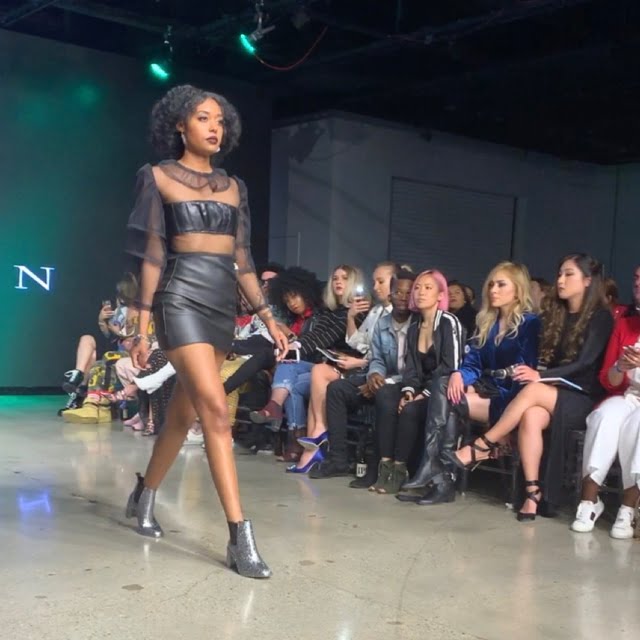 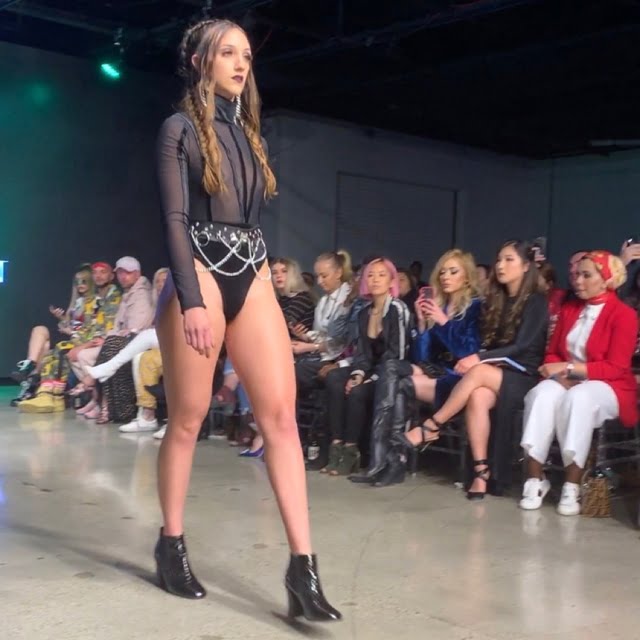 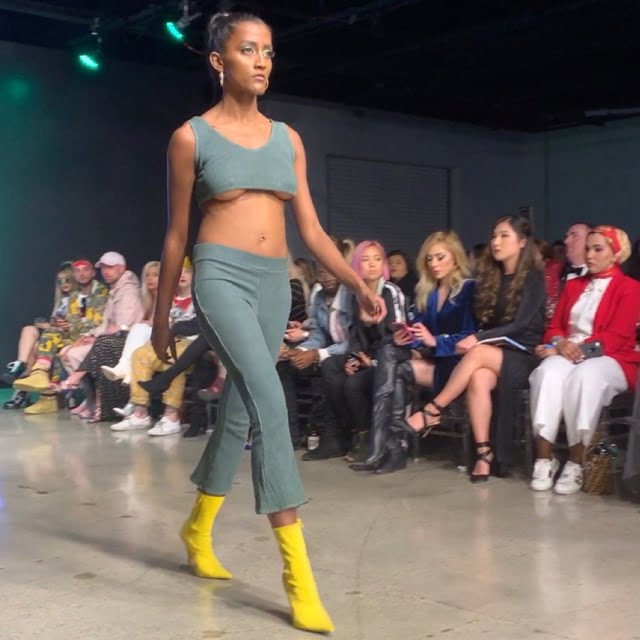 LA Fashion Week® is an organization dedicated to raising the profile of fashion in the United States with focus on the emergence of Los Angeles as one of the most important cultural cities in the world. It is a leader in supporting the growing community of artists and designers that are a part of the cultural renaissance in Los Angeles and bringing them to the world stage. Based in Hollywood, LA Fashion Week hosts shows unlike any other fashion events on the international calendar- as a leader in edgy Streetwear, Red Carpet Looks, & Custom Contemporary, it represents a fashion authority on the West Coast of the United States.

A Jovial Jashn for a Jaunty College

Superheroes walking the corridors, live art performances, a car show, and a DJ night. What sounds like a unforgettable music festival was the star attraction of the Dubai International Academic City where its annual event titled Jashn was celebrated.

Literally translating to ‘celebration’, JASHN 2018 stepped up to the occasion by centering on a theme that seemed to be at the tip of everyone’s tongue-comic books and movies. The Dubai Campus of BITS Pilani raised the bar once again by setting up one of the most elaborate stages in the region inviting the best to showcase their skills. And with the atmosphere of Marvel and DC to drive the festivities, the event proved to be a great crowd-puller for students and teens.

The inaugural ceremony occurred on the 16 th of April and was marked by a musical evening by the musicians of the campus followed by a stage play round and a fashion show by the group called Drape. To conclude the evening in a round of laughter and splits, popular Indian comic Biswa Kalyan took to the stage and left the audience wanting for more.

The second day for was an energetic extension with further competitions defined by quizzes, musicals, musical battles and a lot more. The next day attracted a great crowd for the detective themed scavenge hunt titled ‘CSI’ followed by instrumental competitions, dancing doubles, a fashion show round and a guest performance by the artist Rooh. All the while, the crowd outside were being entertained by a high octane road show featuring the best cars.
But the level had to be raised further as the campus closed the event with a awe-inspiring round of competitions attracting students with an artistic touch with a solo stage play round, a poetry slam competition, a group dance show off and finally a DJ performance by the duo Sunburn- Siana Caherine and Zephyrtone.

JASHN 2018 La Comic Fiesta had achieved the same mass appeal of the very comic brands it endorsed and plans on scaling new heights with the coming years.

New York based designer, Han Wen, launched his Spring/Summer ’19 collection at the one of the trendiest party of the week. Manifesting his latest collection entitled “Postcards of Summer” attendees viewed the collection through an installation of mannequins and a short fashion film video produced by the designer himself and directed by Oliver Lessard.

Spotted at the party were fashion influencers @Thenativefox, @Misssalinas, @Olivia_Caputo, and editor-in-chief of Nylon Magazine, Gabrielle Korn. Music for the party was provided by DJ/Style Icon duos, Coco & Breezy, who brought out their prodigy, Zak Leveer, as a guest performance that had the crowd dancing all night long.

Check out best moments of the night below! 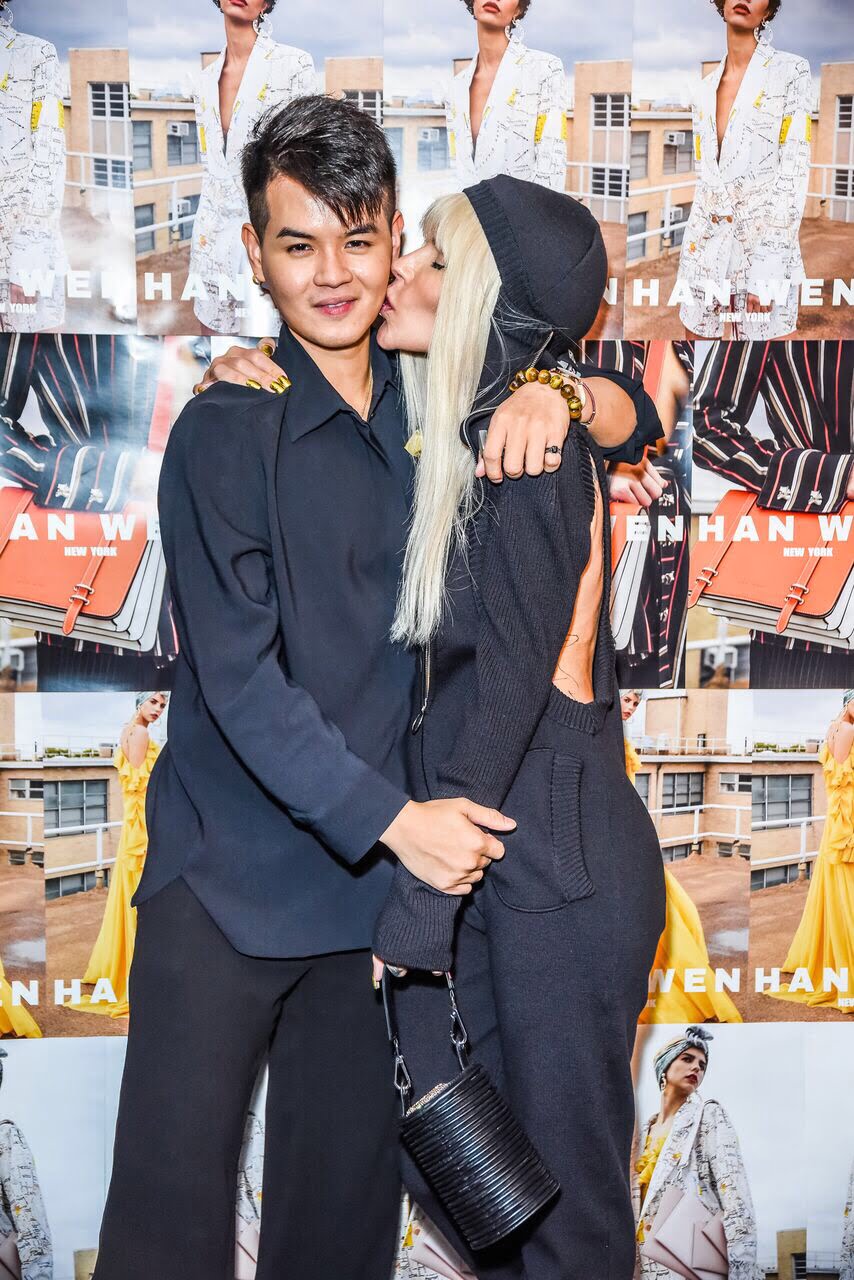 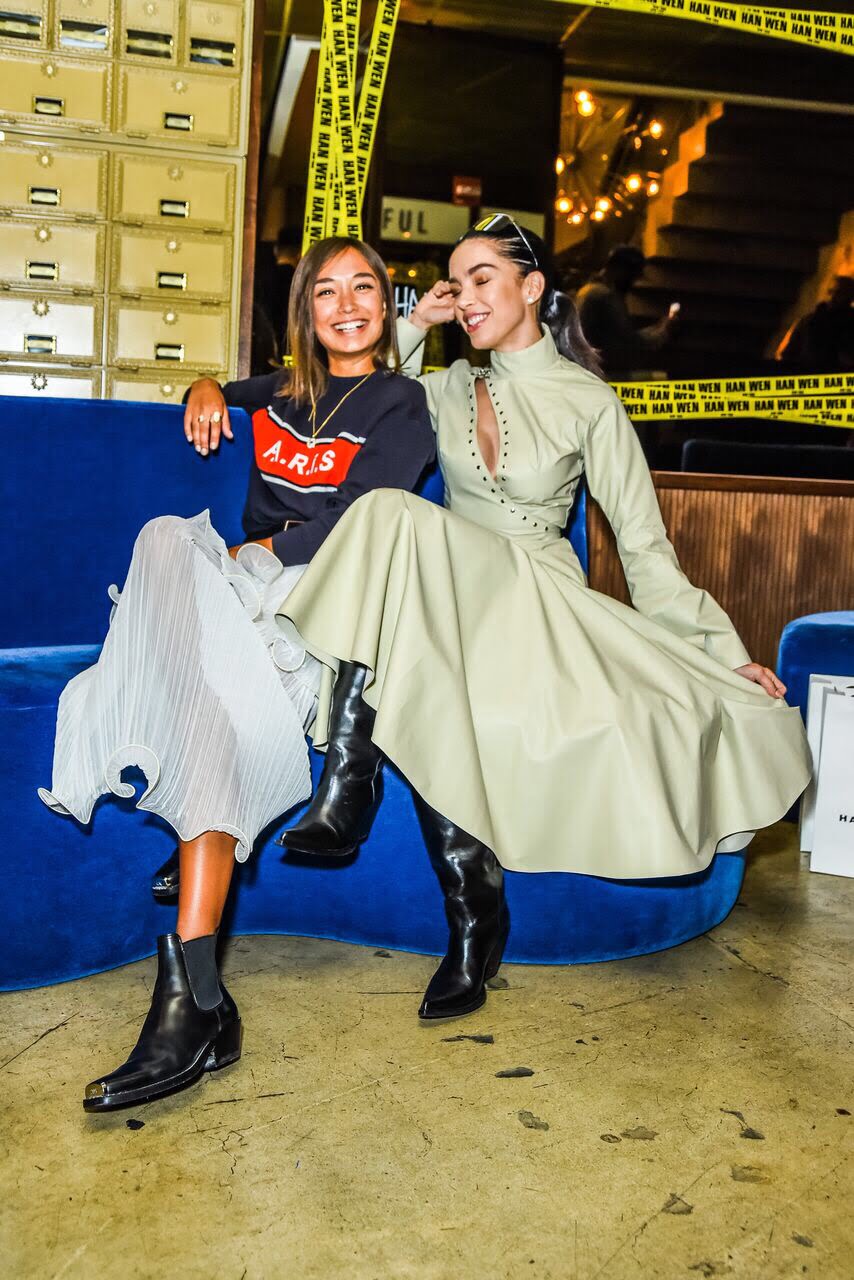 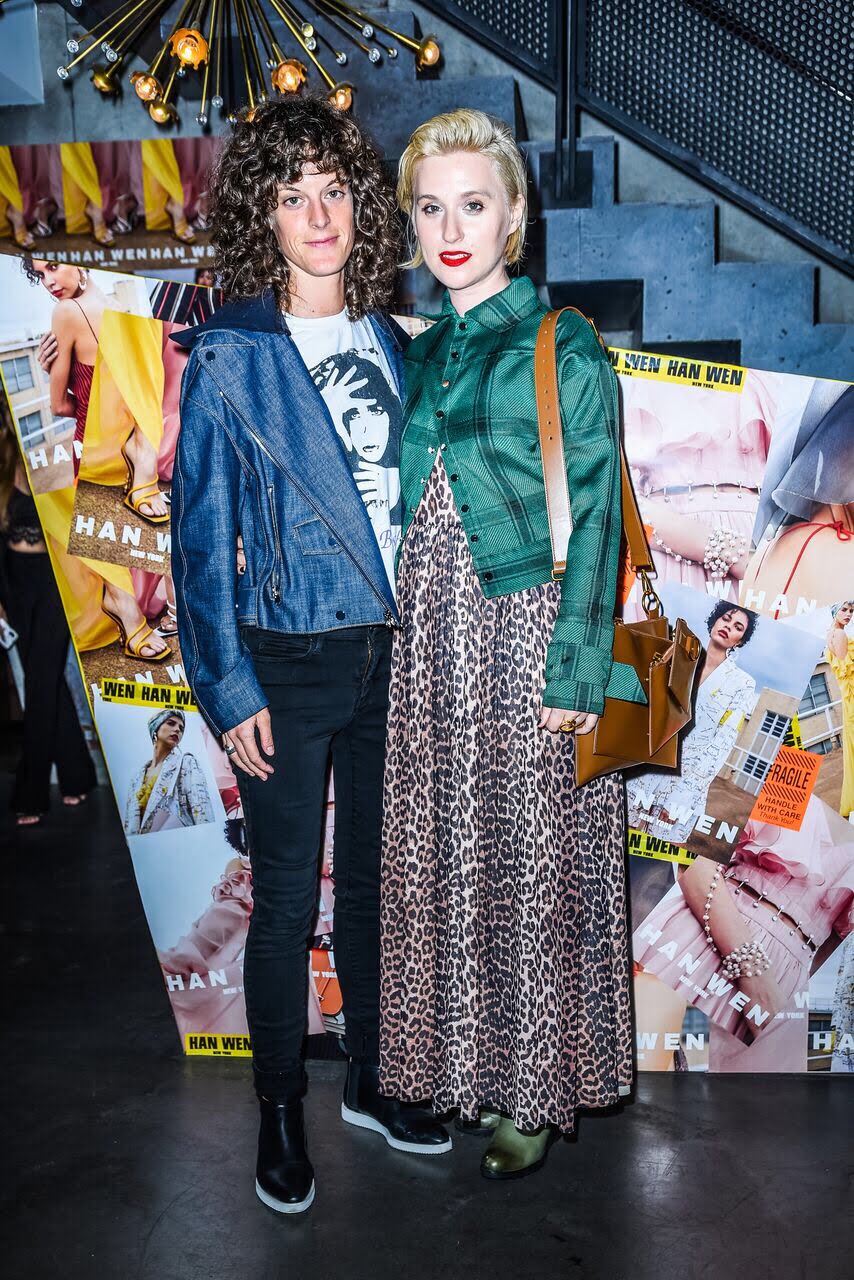 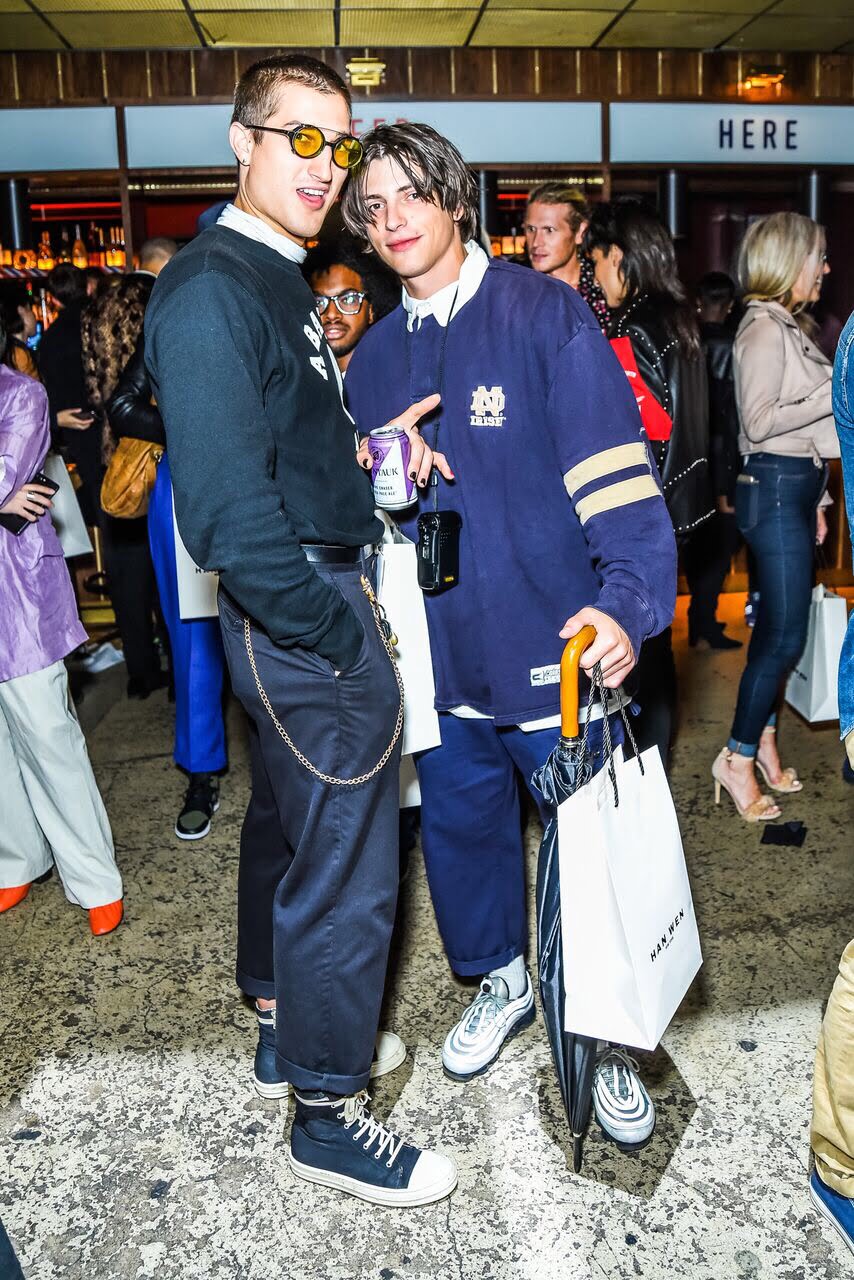 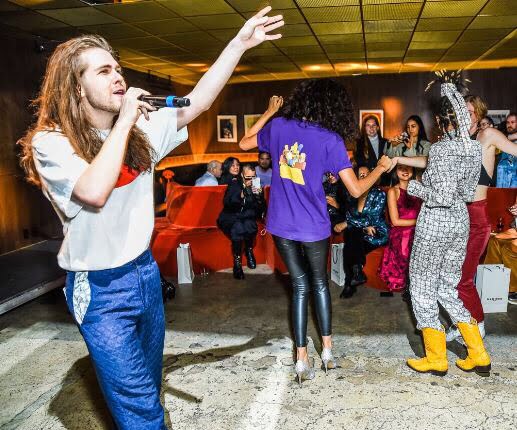 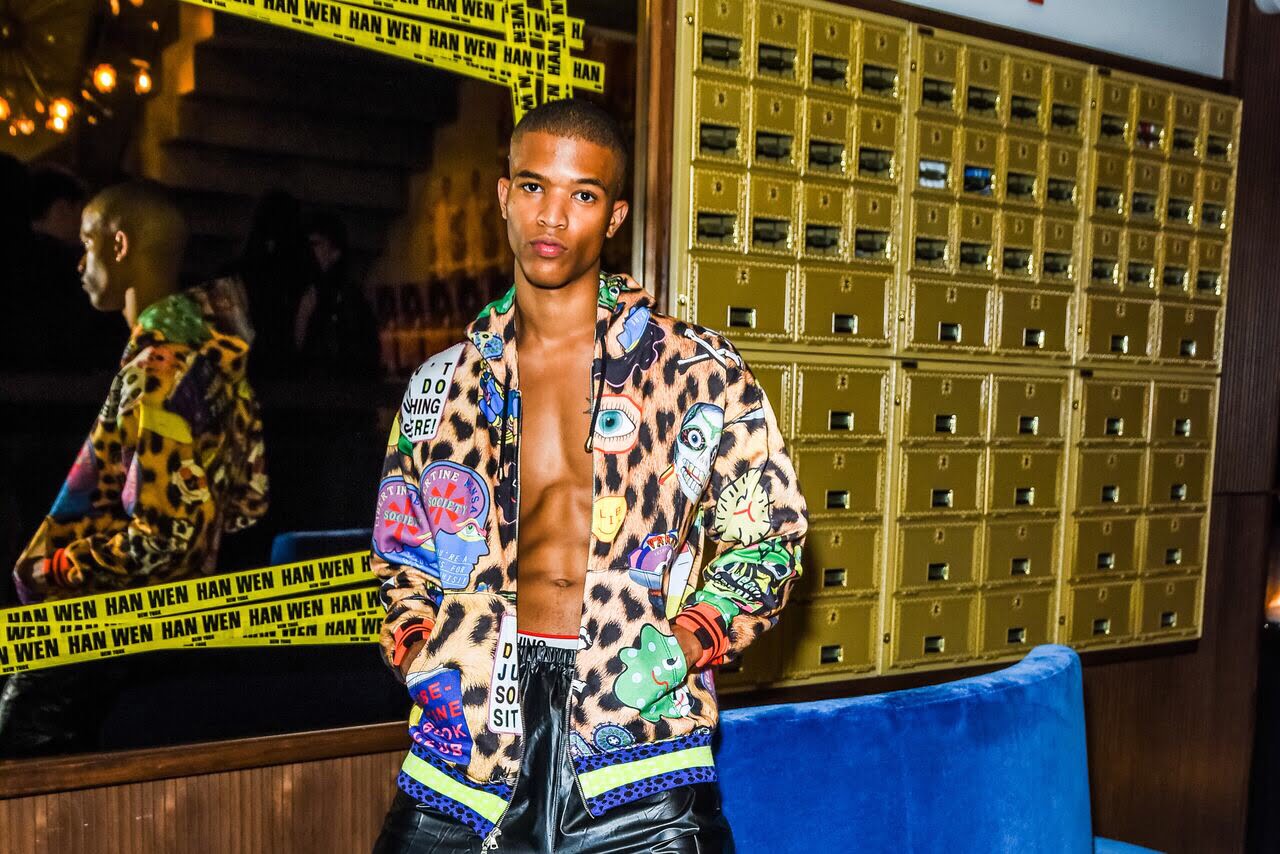 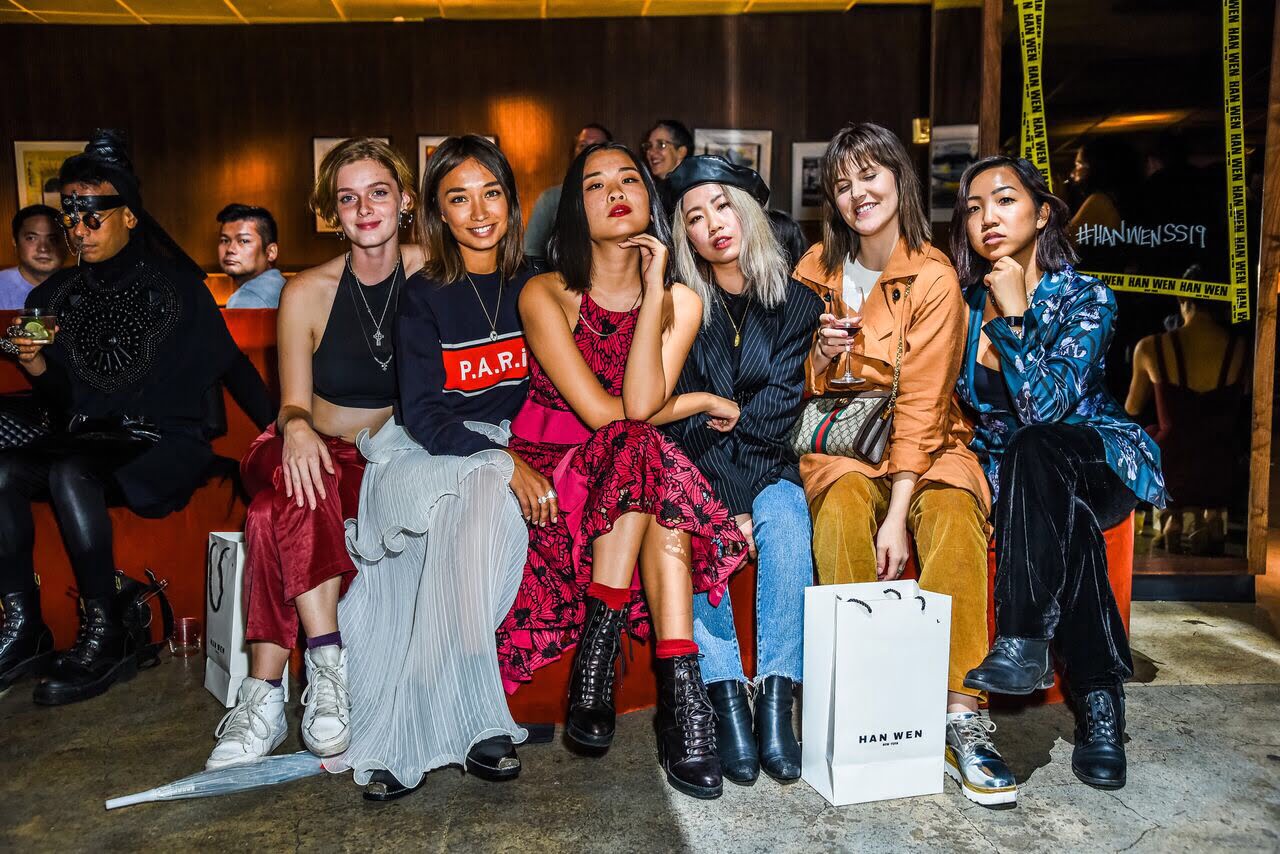 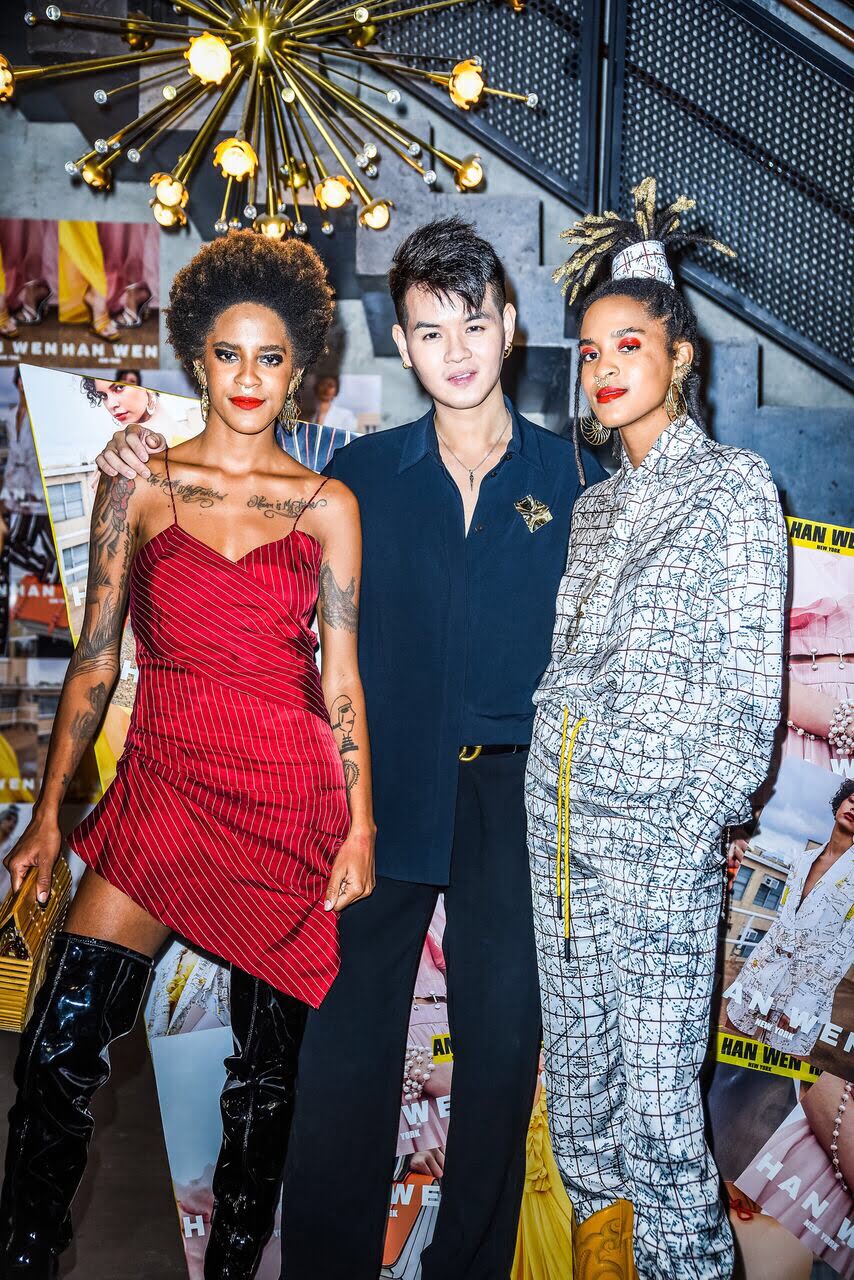 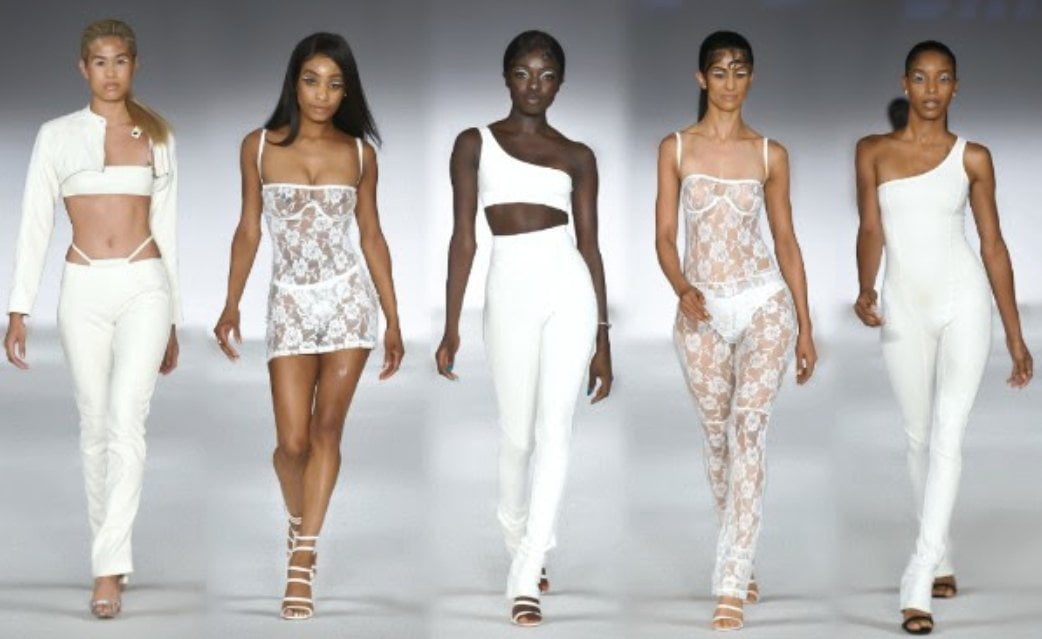 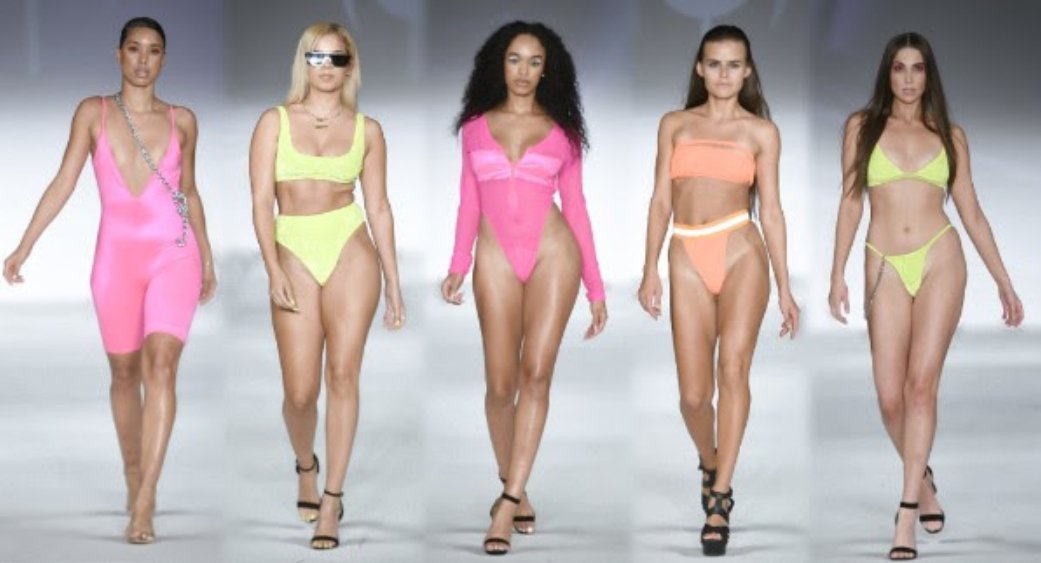 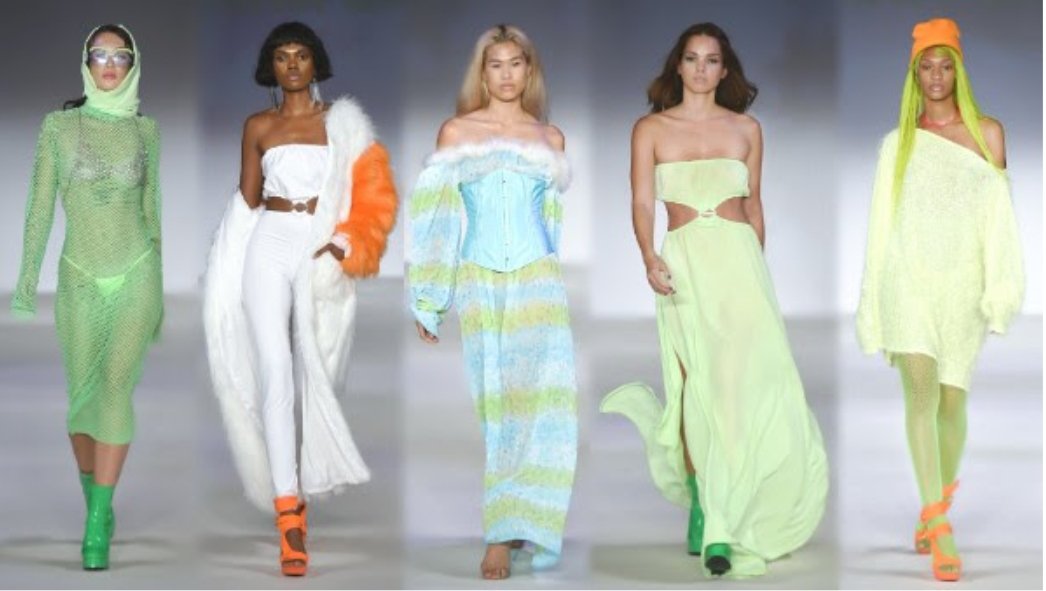 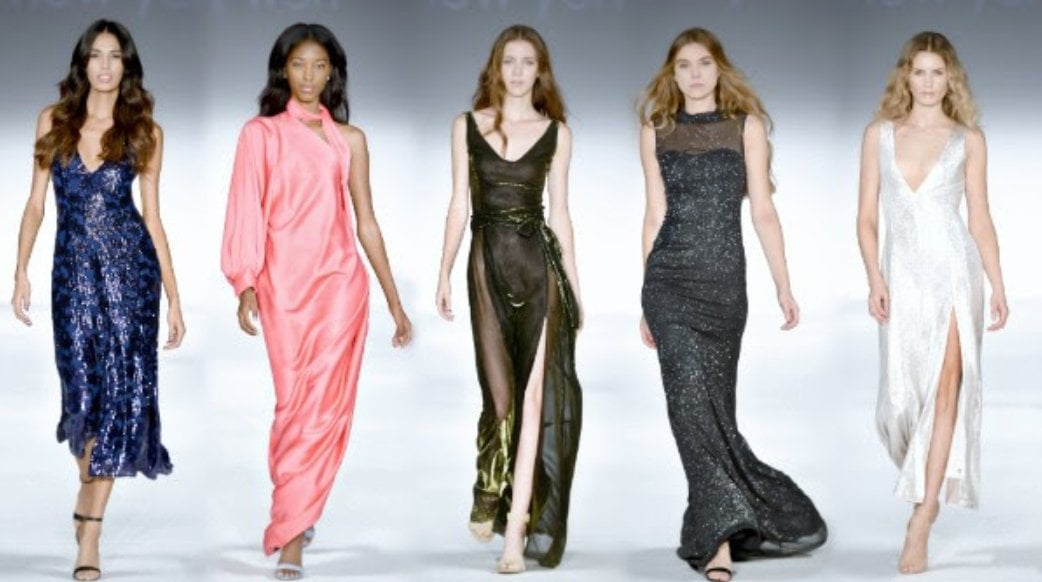 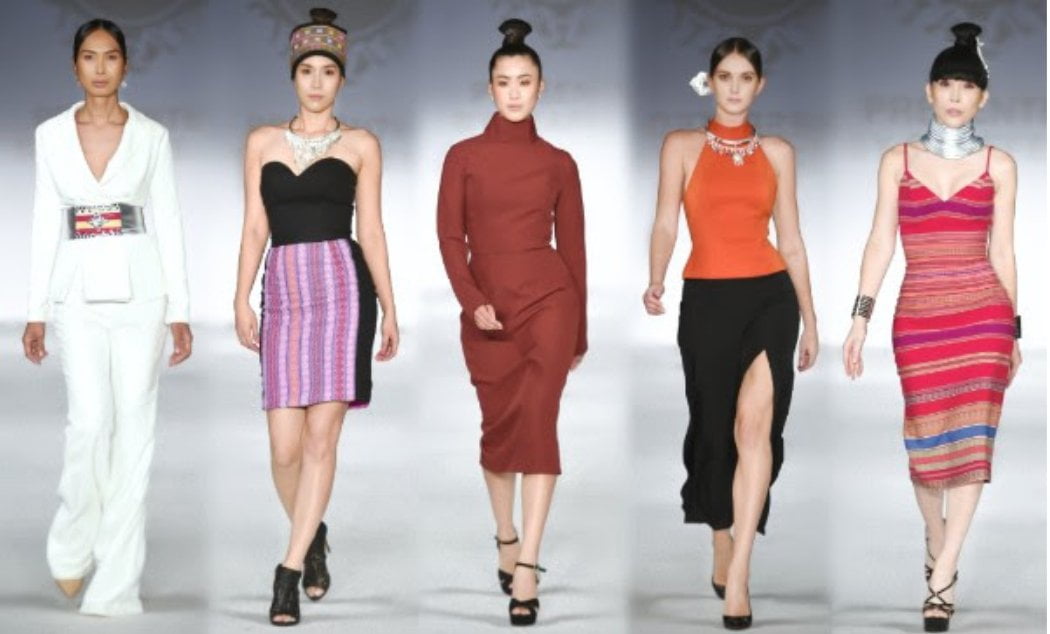 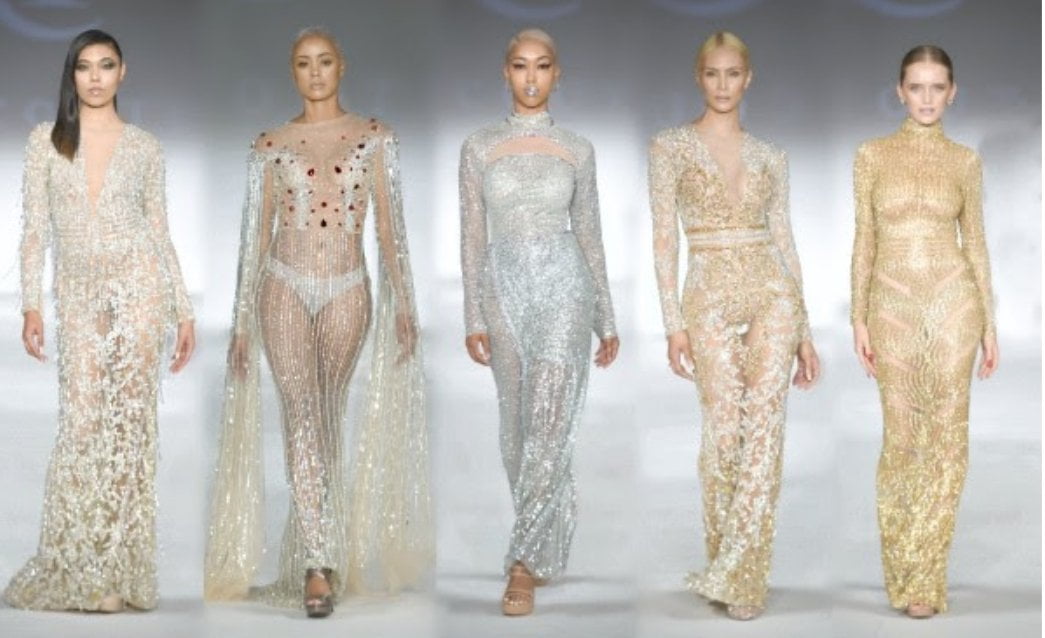 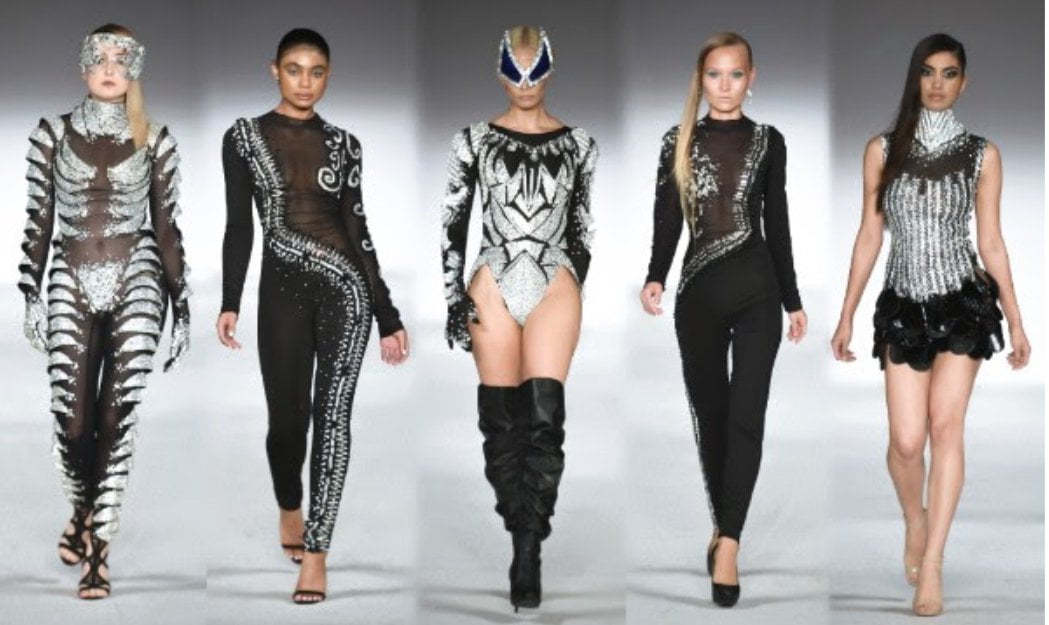 On the second day of New York Fashion week, celebrities and fashion elite came together to celebrate the 50th anniversary of Ralph Lauren.

The American fashion house marked its half century by hosting a fashion show and gala dinner seamlessly integrated against the backdrop of the Bethesda Terrace fountain in Manhattan’s Central Park, a homage to Mr Lauren’s hometown of New York City.

In keeping with the philanthropy of the brand, the event benefited the Central Park Conservancy – a private, nonprofit organisation that relies on donations to prevent the decline of the world-renowned park.

Mr Lauren initially launched his eponymous label in 1967 aged 28. The lifestyle brand began as a collection of men’s ties, before developing into the first ‘Polo’ menswear collection in 1968. Womenswear was introduced in the 1970s. Today, the designer still acts as chief creative officer at the brand.

Wendell Lissimore was born in Des Moines, Iowa on April 20, 1987. He is of African-American, Korean and Dominican decent. Having walked fashion weeks in Milan, Paris and New York for the likes of Christian Dior, Hermes, Dolce & Gabbana, YSL, Tom Ford and countless others, Wendell is no stranger to fashion. Wendell has graced the pages of V magazine, W magazine, Luomo Vogue, GQ and Details magazine in addition to working with famous photographers such as Bruce Webber, Steven Klein, Steven Miesel and many more. Wendell has landed ad campaigns including Adidas, Timberland, Levi’s and Marc Ecko in America, Gianfranco Ferre in Italy. Wendell’s model history is extensive and in addition, he has broken barriers within the modeling world by being the first male model of color to represent the house of Hermes in Paris. In 2012, Wendell ventured out into the TV/Film world making appearances in CW11’s “Gossip Girls” HBO’s “True Blood” and eventually landing a starring role in the BET television show “Model City”. Fast forwarding to 2018, Wendell is exploring more of his craft of acting, having landed regular roles on two Fox tv shows, he is sure to be a household name soon. 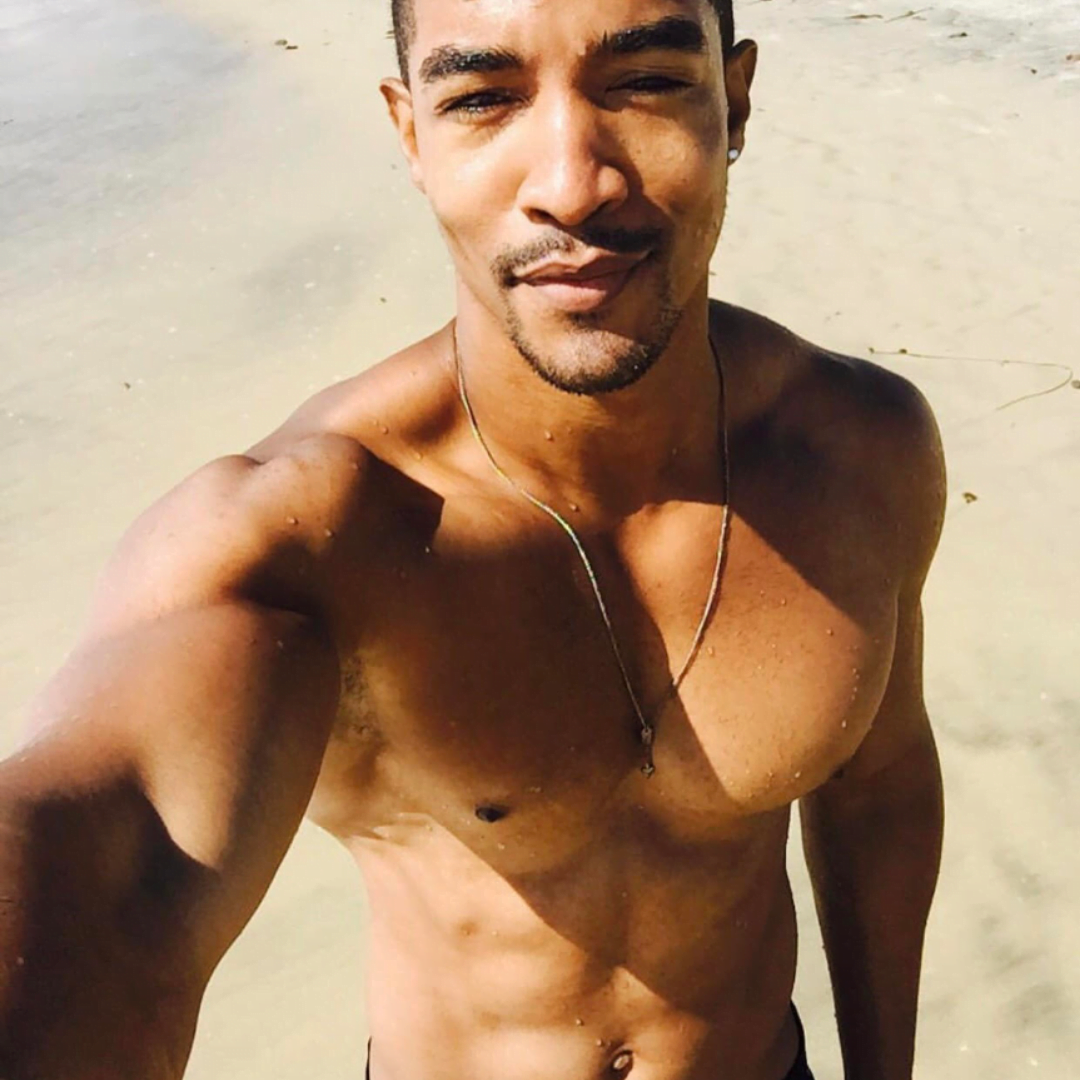 Snoop Dogg is confirmed to perform at the InterContinental ® Miami Make-A-Wish Nightclub presented by E11EVEN MIAMI on Saturday, November 4, immediately following the InterContinental ® Miami Make-A-Wish Ball.
The evening will also feature a fashion show by Saks Fifth Avenue Brickell City Centre and an open bar.
Get your tickets at makeawishtickets.org and use the codeAP07 for a discounted rate. 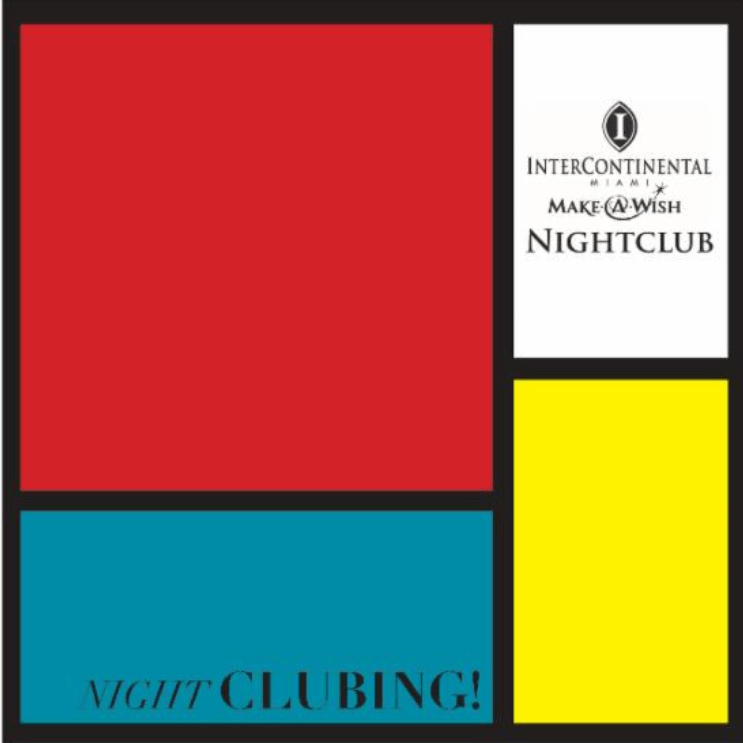 On the evening of September 12th, guests will be welcomed to Ralph’s Garage in Bedford, New York for the prolific American designer’s September 2017 Collection Fashion Show.

The see-now, buy-now show and formal dinner following will be held against the backdrop of Ralph Lauren’s esteemed collection of rare automobiles. Ralph Lauren will present menswear looks from Ralph Lauren Purple Label directly alongside his women’s collection, complementing the masculine and feminine references inherent in the automotive designs.

For the first time ever, the celebrities, buyers and press attending Ralph Lauren’s Fall 2017 New York Fashion Show will be welcomed into the American designer’s home in Bedford, New York, where a formal dinner event – and a see-now, buy-now catwalk show – will take place within the unique confines of Ralph’s esteemed garage. It is in this garage that Ralph houses his unrivaled collection of classic and rare automobiles.

Combining Ralph Lauren’s passion for cars, luxury and fashion, guests will be in for an ultimately personalised experience in which his top-line Purple Label menswear and womenswear collections will be debuted alongside each other for the first time in history.

Set against the spectacular backdrop of one of the world’s most esteemed automotive collections, the show presented Lauren’s passion for automobiles and classic, enduring style, in front of the likes of Katie Holmes, Dianne Keaton, Jessica Chastain and Nina Dobrev.

Kendall Jenner and Bella Hadid walked the runway with race-inspired looks connecting the elements of speed, style and beauty of the designer’s handcrafted vehicles with the very modern, yet timeless spirit of clothes. To heighten the experience, for the first time men wearing looks from Ralph Lauren’s Purple Label collection joined the women on a runway lined with the designer’s cars in the pristine environment of his Garage.

Models and celebrities had exclusive access to the prolific American designer’s vintage cars collection, which included his 1955 Mercedes Gullwing purchased in the 1980s and his award-winning 1938 Bugatti 57CSC Atlantic. 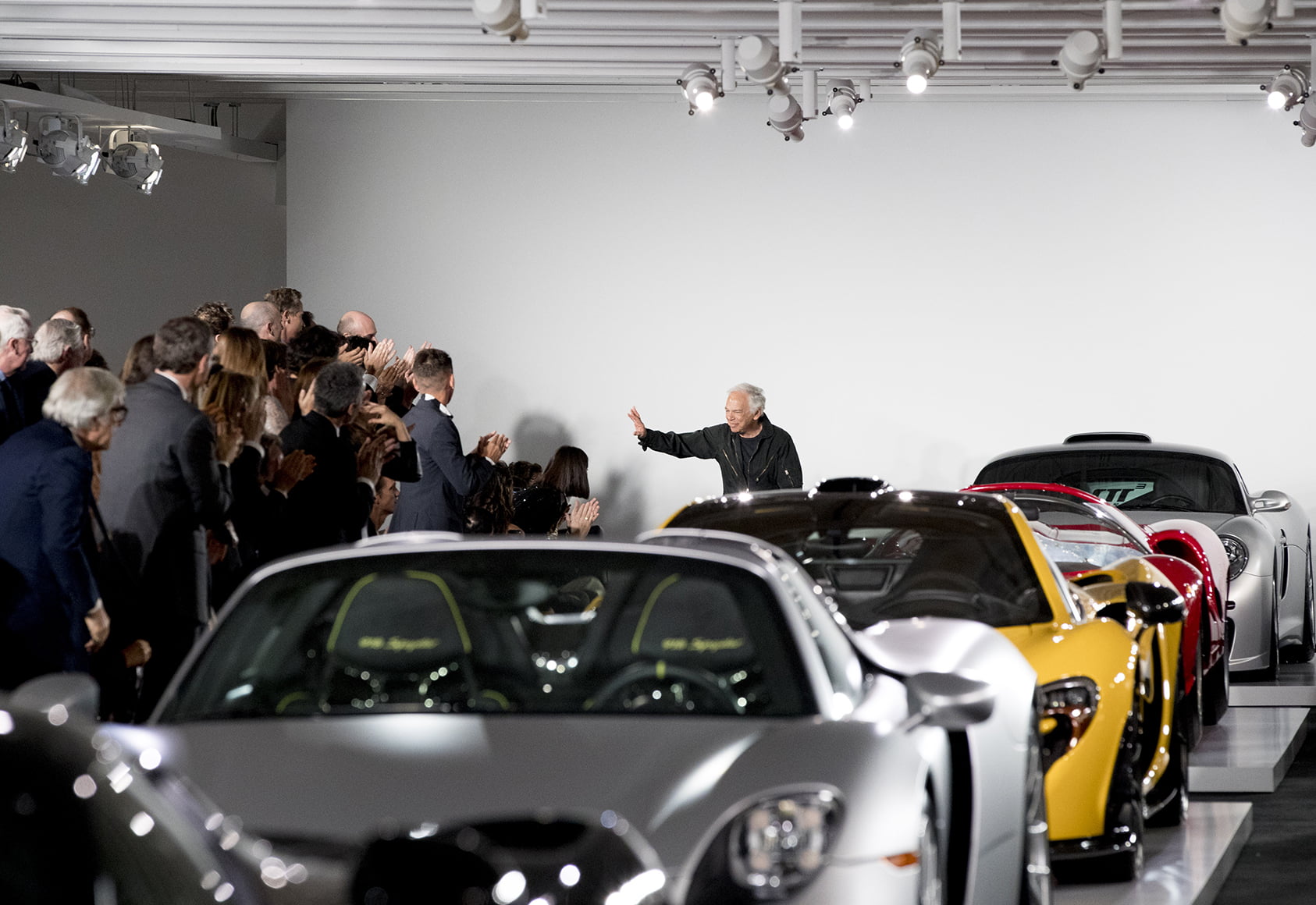