City-dwellers rejoice! You have another compact vehicle to choose from for all of your summer events. Seating five people, the new 2020 range rover evoque AWD is here to fulfill your driverly needs. Right before this compact SUV hits dealers 360 Magazine had the opportunity to test out its functionality in one of the most dense urban areas in America – Los Angeles, California. With its curb appeal, sexy design edits on the new 2020 model – this car will be one of the top contenders within its market segment.

The new 2020 Range Rover Evoque comes in nolita grey, seoul pearl silver or yulong metallic paint with a black contrast. There’s a massive pillarless and non-retractable moonroof that adds an element of spaciousness in the interior.  The steering wheel is duotone leather. As for the seats, they are 14-way adjustable and also made of leather. The seats come in ebony or cloud. This model stores up to three preferred seating positions in its memory. Branded tread plates and a trim finish are extra details included in this model. Some signature features that drivers can expect are 20 inch “5079” style wheels with dynamic 5 split spoke and a diamond turned finish that includes the land Rover logo in heart.

The new interface and infotainment system is more sleek and dynamic than before. Other technological features included in this model design are: premium LED headlights. A touch pro duo feature allows drivers to view something on one screen while using other media as well.

This Range Rover model has a 2.0L turbocharged 4-Cylinder Gas Engine. It also has a 9 speed automatic transmission with black gearshift paddles. Drivers have electric assisted steering as well as terrain response and terrain progress control. Hill descent is another available control feature. The mpg is 20 city/27 highway. This model also has 246 horsepower. The torque is 269 lb-ft. When you drive, this rover leaps forward.

For the safety of the driver and their passengers, perimetric alarm and incontrol protect are included in this model. Of course, airbags are included both in the front and sides of the car. The tires have a  pressure monitoring system. ISOFIX system is included for child seat safety. Some control features are: traction control, dynamic stability control, and roll stability control. The breaking features are: emergency braking, anti-locking braking, and emergency brake assist. When driving, you have a rearview camera as well as lane keep assist and a driver condition monitoring system.

With off road capabilities, this will become one of the fastest selling SUVs in its segment. Technology meets luxury with this model. Millenials and empty-nesters would do well to purchase this vehicle.

World Premiere of the New Range Rover Evoque
The new Range Rover Evoque will be revealed to the world at 19:45 GMT on 22 November in London.
Land Rover pioneered the luxury compact SUV sector with the original Range Rover Evoque in 2010, and the next generation of the award-winning model promises to make a similar impact, introducing new standards of design, capability and sustainability.
Join us on 22nd November for the world premiere, available to watch via live stream here:
https://assets-iframe.ggwebcast.com/LandRover/HelloEvoque/ 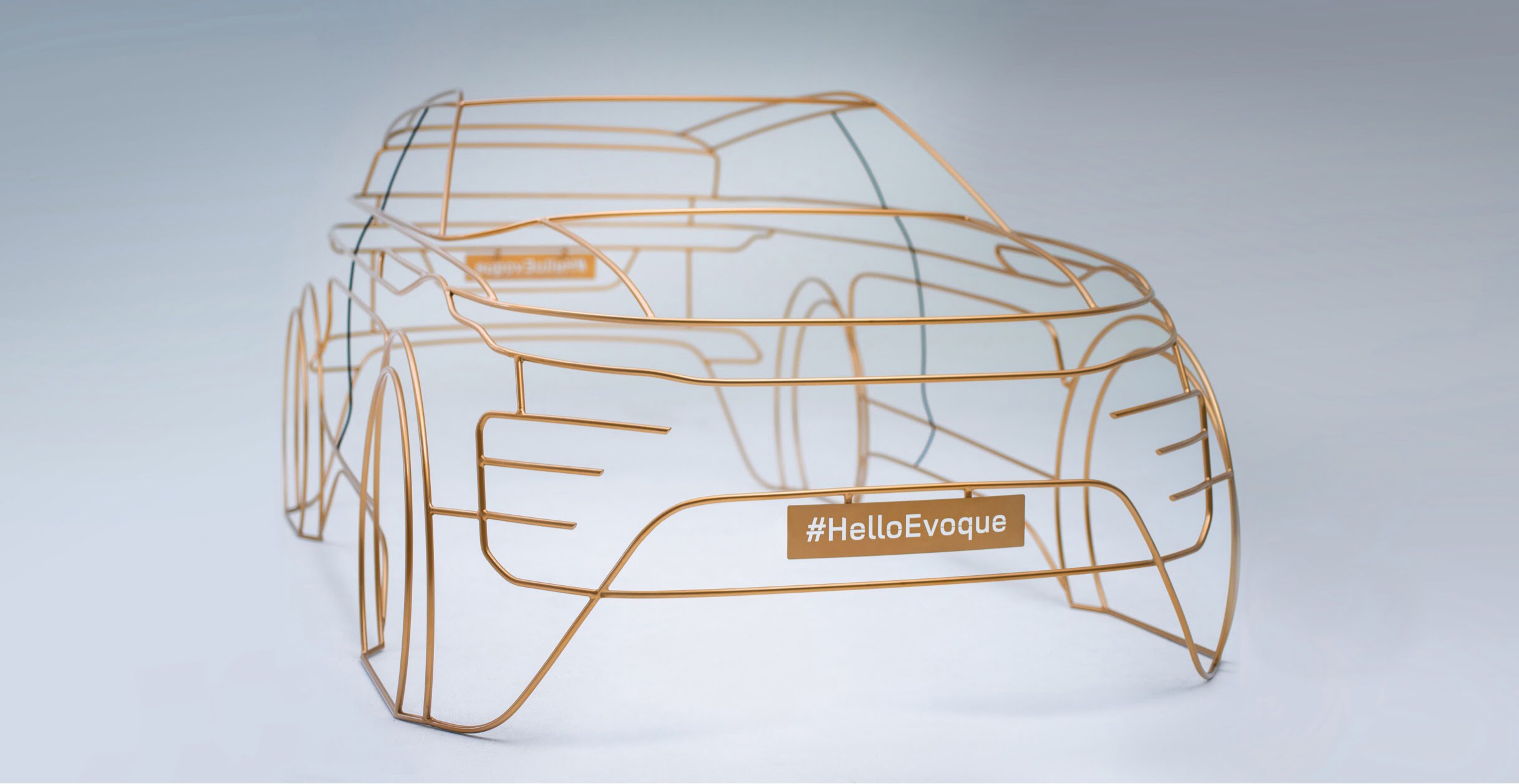 The final day of the Land Rover Kentucky Three-Day Event started in dramatic fashion with both Michael Jung and Christopher Burton’s horses instructed to go to the holding area during the final horse inspection. Tensions were high as the packed crowds waited eagerly for the leading riders to re-present, with both horses eventually passed by the judges.

Over 25,000 spectators flooded the stadium in anticipation of one of the closest competitions in history at the Land Rover Kentucky Three-Day Event with only 1.2 penalties separating the top three riders, Michael Jung, Christopher Burton and Oliver Townend respectively.

Fifth-to-go, Marilyn Little aboard RF Scandalous, displayed a text-book clear round finishing to an eruption of applause from the patriotic home crowd, hoping to see a US rider victorious for the first time since 2008. This dream was short-lived as next in to the arena was Great Britain’s Oliver Townend who produced the ride of his life to go clear, celebrating in style with his fist punching the air in recognition of his incredible round. This heaped further pressure on the final two riders. Australia’s Christopher Burton followed but had an unfortunate eight faults pushing Townend closer to the coveted prize.

Only one rider could have prevented Townend’s success; all eyes fell on the three-time defending champions, Michael Jung and FischerRocana FST as they entered the arena, hoping to make history once more. On this rare occasion Jung was unable to clinch the title with four faults dropping him into second place to give Townend a well-deserved victory and keys to a 12-month lease of a Land Rover Discovery vehicle.

“It’s a different world, it’s something I have dreamt of for a long time. We have come a long way to be here and the owners have funded it so I am so grateful to them for this opportunity,” Equestrian Oliver Townend said. “The Land Rover Kentucky Three-Day Event is one of, if not, the best events in the world, the atmosphere is amazing and the fans are fantastic, it’s been the best week!”

Townend continued to pay tribute to Cooley Master Class, “I have had him since he was four-year’s-old, he has won at nearly every level and never lets us down. He has suffered with injuries in the past and at some points we weren’t sure if he would even come through but the last two seasons he has been amazing, he has always been cheeky and extremely talented so it’s great to be here with him.”

Michael Jung commented on his performance, “I am sad for FischerRocana as that was absolutely my mistake, but I am happy with our performance and I love this event, it is so beautiful. FischerRocana has been amazing and is incredible to ride, so I am pleased with her.”

Earlier on in the week equestrian and actress, Kaley Cuoco, was part of the judging team for the annual Land Rover Tailgate competition which saw Rick Perkins of Lexington, KY, receive the top prize. Their ‘Beauty and the Beast’ inspired arrangement impressed the judges Cuoco, Kim McCullough, Vice President of Marketing, Jaguar Land North America, LLC and Vicki Lowell, Chief Marketing Officer, US Equestrian, who presented Perkins with a pair of Dubarry Boots and a luxury gift basket.

–      Limited to 999 units, the Range Rover SV Coupe will be offered to buyers worldwide, each hand-assembled by Jaguar Land Rover Special Vehicle Operations in Warwickshire, UK

–      The all-new model will make its world premiere at the 2018 Geneva International Motor Show as part of the Jaguar Land Rover press conference at 11:45 CET, live streamed on www.landroverusa.com

Today, Land Rover announces the introduction of an all-new full-size luxury SUV coupe. The Range Rover SV Coupe will be a dramatic and desirable addition to the Range Rover model portfolio featuring a seductive body design and a supremely refined interior.

“The Range Rover SV Coupe is a highly compelling design with peerless refinement and uncompromised sophistication from its breathtaking exterior proportions to its sumptuous, beautifully appointed, interior. This is a vehicle that will resonate on an emotional level,” said Gerry McGovern, Land Rover Chief Design Officer.

The SV Coupe is a celebration of the Range Rover bloodline, with a dramatic two-door silhouette which alludes to its unique heritage – the Range Rover launched as a two-door in 1970 – while being thoroughly modern and contemporary.

The interior image released today illustrates that traditional skills have combined with the latest technologies throughout the cabin to exquisite effect. Stunning to the eye, sumptuous to the touch, it is a light, contemporary space where attention to detail has been paramount.

Land Rover Design and Special Vehicle Operations have created the Range Rover SV Coupe, which will be hand-assembled at the SV Technical Center in Ryton-on-Dunsmore in Warwickshire, UK. Production will be limited to no more than 999 vehicles for worldwide distribution.

A full range of images and specification details for the new Range Rover SV Coupe, will be revealed at www.landroverusa.com on March 6, 2018. 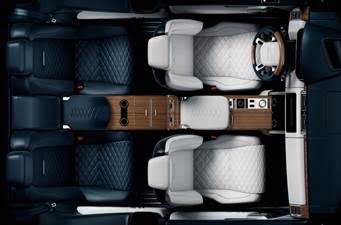 Founded in 1948, Land Rover designs, engineers, and manufactures its vehicles in the United Kingdom. For almost 70 years the brand has built a reputation for providing its clientele with some of the most luxurious and capable vehicles in the world; whether driving through the heart of the city or traversing the countryside on- and off-road. Today’s Land Rover lineup includes the Discovery and Discovery Sport; Range Rover, Range Rover Sport, Range Rover Velar and Range Rover Evoque. Land Rover is fully engaged with sustainability initiatives and social concerns with continuous involvement in environmental and community programs. For more information, visit the official Land Rover website at www.landroverusa.com.