“Boom. The world’s most famous brothers are back.” – Vogue

“The Jo Bros may not quite be in the year 3000, but “Sucker” nonetheless serves up a grown-up vision of The Jonas Brothers we didn’t know we were expecting.” – NPR

“It’s 2019 and there’s a new Jonas Brothers song, and those two things go together a lot better than we ever anticipated.” – Billboard

“The Jonas Brothers feel grown up without losing their boy band charm.” – Esquire

Those are just the few responses to The Jonas Brothers recent comeback with their music video to “Sucker.”

This week, GRAMMY® Award-nominated multi-platinum powerhouse trio — the Jonas Brothers —reclaim their place at the top of the charts and popular culture with their new single and music video “Sucker.”Get it HERE via Republic Records.

Taking the world by storm, it captures #1 on Apple Music, #1 on Spotify, and #1 on iTunes in North America.  Globally, it clinches #1 on Apple Music, #1 on YouTube, #1 on Twitter, and #2 on Spotify. Since its release, it scored over 20 million Spotify streams and is over 50 million YouTube views and counting.  At radio, it emerges as the “#1 Greatest Gainer for Top 40, ”impacting now.

Not to mention, “Sucker” garnered unanimous critical acclaim. Among widespread praise, it was dubbed “an absolute jam” by Billboard, christened “a banger” by Esquire, described as “an impeccably sweet-and-sour pop rock-tune” by Rolling Stone, and best noted as “a grown-up vision of The Jonas Brothers we didn’t know we were expecting” by NPR.

To celebrate the release, the band took over New York City for an intimate and packed secret reunion show. It marked their first time on stage in nearly six years, and they returned with a historic gig that left fans clamoring for more.

Yesterday, the Jonas Brothers announced a partnership with Amazon Studios, Philymack, and Federal Films– a division of Republic Records, to release an upcoming documentary about the Jonas Brothers, to premiere exclusively on Amazon Prime Video in more than 200 countries and territories.

This week, they continue their takeover of The Late Late Show with James Corden. This late-night “residency” spanned everything from their first on-camera interview to a hilarious skit where the host kidnapped the band and reunited them with help from none other than Dr. Phil. You have to see it to believe it. However, there’s more to come.

Watch clips from last night’s episode HERE, and be sure to tune in for more this week.

Jonas Brothers are back and about to have their biggest year yet.

The preeminent male group of this century, Jonas Brothers opened the floodgates for a new era of titans in pop music. They earned three consecutive number one albums and sold out shows throughout three continents. Selling over 17 million-plus albums with over 1 billion streams worldwide, they’ve achieved dozens of platinum and gold certifications. Jonas Brothers notably received a GRAMMY® Award nomination in the category of “Best New Artist,” garnered “Breakthrough Artist” at the American Music Awards, won Billboard’s “Eventful Fans’” Choice Award for “Best Concert Tour of the Year,” and took home a Mexican Grammy, showcasing their international influence. The tremendous success of the band provided a launch pad for the successful and storied solo careers of Nick Jonas, Joe Jonas, and Kevin Jonas, who have kept loyal fans yearning for a reunion, until now.

Lil Yachty, aka Lil Boat, aka “King of the Youth” is a 20-year old Atlanta native, a Grammy-nominated singer, rapper, producer, creative designer, branding genius and fashion icon who smashed onto the scene two years ago with his debut mixtape Lil Boat. In May, 2017, he released Teenage Emotions which entered The Billboard Top 200 at #5 and remained on the charts more than four months. Since then he accumulated nearly 3 billion streams, found himself on the covers of Paper and FADER magazines, as well as landing the cover of The New York Times Men’s Style section and a XXL Freshman cover. Rolling Stone said his album “Teenage Emotions” was a “landmark moment that may change the way people rap”, while The New York Times Magazine dubbed him as an artist “that tell us where music is going”.

“It’s commonplace for young rap stars to claim that they’ve transcended hip-hop; it’s rarer for them to actually do it. Yachty does”.

“Besides the actual sun, there is no source of joy in the world right now brighter and more sustaining than Lil Yachty. So basically, the moral of the story is: cancel all your plans and stay at home, and instead just understand that the Goodest Night has now been had, by one Lil Boat, Esq. You will never have as good a night as Lil Yachty had Apologies”.

“It’s something about Lil Yachty as an artist that makes purveyors want to rush towards him in complete and utter approval”.

“The sheer obvious joy that Yachty takes in making music is one of his best qualities, and its infectiousness is one of the main reasons why people are flocking to him the way they are. It’s beautiful to see someone so fully consumed by their passion, and inspiring to see an artist so confidently exploring his form”.

“Lil Yachty is probably going to change the world ».

“Yachty in his own unorthodox way has put hip-hop culture in a choke-hold. He doesn’t show any signs of relinquishing his grip.”

“You can’t deny the fact that he’s one of the most authentic rappers in the game ».

“Yachty is the master of our joy.”

Kristoffer Forby is a 21-year-old Scandinavian celebrity/model who hails from Denmark. Over the past few years, he’s been featured in numerous ad campaigns around the world: ASOS, Adidas and Nike.

In 2015, Forby was discovered by a Barneys New York store manager while shopping. Shortly after, he booked various editorials for online fashion magazines. Fast forward two years, he’s become one of the most sought-after international talents of today.

As of late, he’s become a top digital influencer who boasts over 548,000 Instagram followers and has recently set up a YouTube channel where he curates his daily travel adventures alongside of his closest friends.

Surface Media is pleased to announce the hiring of Stephen Watson as Editor-in-Chief of Watch Journal and Watch and Jewelry Editor for Surface Media. Prior to joining Surface Media, Watson served as Hearst Media’s Digital Editor, covering timepieces for TownandCountryMag.com, Esquire.com, MarieClaire.com, HarpersBazaar.com, and ELLE.com. Watson’s accomplished career includes roles as the Fashion Director of Men’s Vogue and Associate Fashion Editor of Vogue, where he worked alongside legendary editors Andre Leon Talley, Candy Pratts Price, Jay Fielden, and Anna Wintour. He was recently nominated for a Gem Award in 2017 for Media Excellence by the Jewelers of America.

“The appointment of Stephen Watson will deliver an unparalleled depth of experience within the timepiece, jewelry, and luxury brand development categories,” says Marc Lotenberg, CEO of Surface Media. “We look forward to having him expand our digital presence while engaging our loyal base of collectors and buyers.”

“Stephen’s experience in bringing luxury to life through digital platforms, transforming media landscapes, and delivering compelling creative is going to revolutionize the way consumers relate to the watch industry and the personalities behind the brands,” says Katie Reed, Executive Director of Sales for Surface Media and Publisher of Watch Journal. 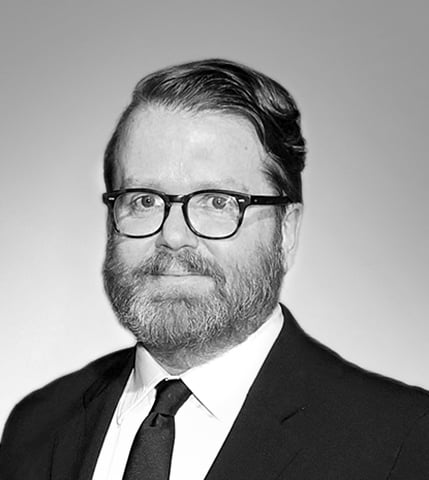 “I’m looking forward to steering Watch Journal at an exciting moment of change,” says Watson. “Watch Journal and Surface Media are ideally suited to focus on the inspiring businesses and people that are redefining the future of watchmaking.”

Watson is a native New Yorker and attended New York’s Fashion Institute of Technology, where he studied menswear design and marketing.

Watch Journal is the exclusive timepiece magazine of the private-jet community and the only watch publication distributed to readers with an average net worth of $89.3 million dollars through 250 private air terminals across the United States. Advertising partners have the exclusive advantage of developing in-room hotel distribution channels, private club access, customized VIP events, strategic alliances, and social media programs.