While Federal Government Orders Additional Environmental Review of Offshore Wind Projects, Some Ask Why Great Lakes Project Is Not Included

A recent move by the federal government to expand the environmental review of the first major offshore wind farm in the U.S., Vineyard Wind, and the “cumulative impact” of offshore wind projects off the Atlantic Coast has left some in the Great Lakes asking why Lake Erie’s proposed Icebreaker Wind project was not included. According to the agency tasked with completing the enhanced environmental review, the Bureau of Ocean Energy Management (BOEM), the new effort is a result of “comments received from stakeholders and cooperating agencies request a more robust cumulative analysis,” and comes in response to concerns from anglers, the fishing industry, and coastal communities.

BOEM’s Vineyard Wind website reports, “Considering such comments, and taking into account recent state offshore wind procurement announcements, BOEM is expanding its cumulative analysis of projects within its draft Environmental Impact Statement (EIS). Because BOEM has determined that a greater build out of offshore wind capacity is more reasonably foreseeable than was analyzed in the initial draft EIS, BOEM has decided to supplement the draft EIS and solicit comments on its revised cumulative impacts analysis.” The agency, which is part of the Department of Interior, further acknowledges that there will be an opportunity to comment on the supplemental EIS, which it expects to complete by no later than early 2020.

The fate of Icebreaker, to be located 8 miles from downtown Cleveland, is currently in the hands of the Ohio Power Siting Board and in the last stages of a multi-year decision-making process.

Boat Owners Association of The United States (BoatUS), the nation’s largest recreational boating advocacy, services and safety group, says it’s puzzled as to why the first project planned for freshwaters of North America that would initially site six turbines with backers planning for hundreds more did not garner the same consideration as other wind projects including Massachusetts’ 84-turbine Vineyard Wind and others in planning stages off the Rhode Island, Connecticut, New York, New Jersey, Delaware, Maryland, Virginia and North Carolina coasts.

“Regardless of how you feel about wind energy, all wind turbine projects must be treated equally, regardless of siting, in salt and freshwaters,” said BoatUS Manager of Government Affairs David Kennedy. “We have BoatUS members on both sides of this issue, but what unites them is the need to ensure an environmental review process that doesn’t arbitrarily treat projects differently.” BoatUS has more than 104,000 dues-paying members in the four states bordering Lake Erie.

Lake Erie Marine Trades Association President Michelle Burke has previously raised concerns about Icebreaker’s environmental assessment shortcomings. Said Burke recently in Soundings Trade Only’s Dealer Outlook blog, “… This (Icebreaker) would be the first such (wind farm) installation on fresh water, the source of drinking water for 12 million people.” Burke and others are concerned about stirring up contaminated Cuyahoga River dredging spoils that were dumped years ago into the lake, potentially in areas of future turbine sites.

Michigan Boating Industries Association Executive Director Nicki Polan added, “While the (environmental) reviews will initially focus on the East Coast, we will immediately urge BOEM to put the proposed project on Lake Erie on their radar, too.” Polan says a full Environmental Impact Statement on Icebreaker is required before any construction is permitted.

Pirelli is the world leader in Sustainability in the Auto Components sector on the Dow Jones World and Europe indices. This is the result that emerged from the annual review of the indices conducted by RobecoSam and S&P Dow Jones and which will take effect from September 24th. Pirelli recorded a total score of 81 points compared with the sector average of 32. Launched in 1999, the Dow Jones sustainability indices are among the most important market indices regarding sustainability at the world level. Involving over 2,000 companies from 60 industrial sectors, the analysis is based on the integrated evaluation of economic, environmental and social factors, that are the three aspects which define the concept of sustainability in terms of enduring value creation for all stakeholders.

Since introducing 100% Organic Cotton to all of the brand’s core items in 2009, WANT Les Essentiels has been committed to using sustainable materials in their collections. The addition of the ECONYL® crafted bags marks a new effort to reduce the environmental footprint in the manufacturing of their products.

ECONYL® is a lightweight recycled nylon developed in Italy and fabricated using post-consumer and pre-consumer materials such as carpets, fabrics, fishnets and other plastic waste. For every 10,000 tonnes of ECONYL® created, 70,000 barrels of crude oil are saved and 57,000 tons of Carbon Dioxide emissions are avoided.

The three styles introduced in the initial drop are as follows: 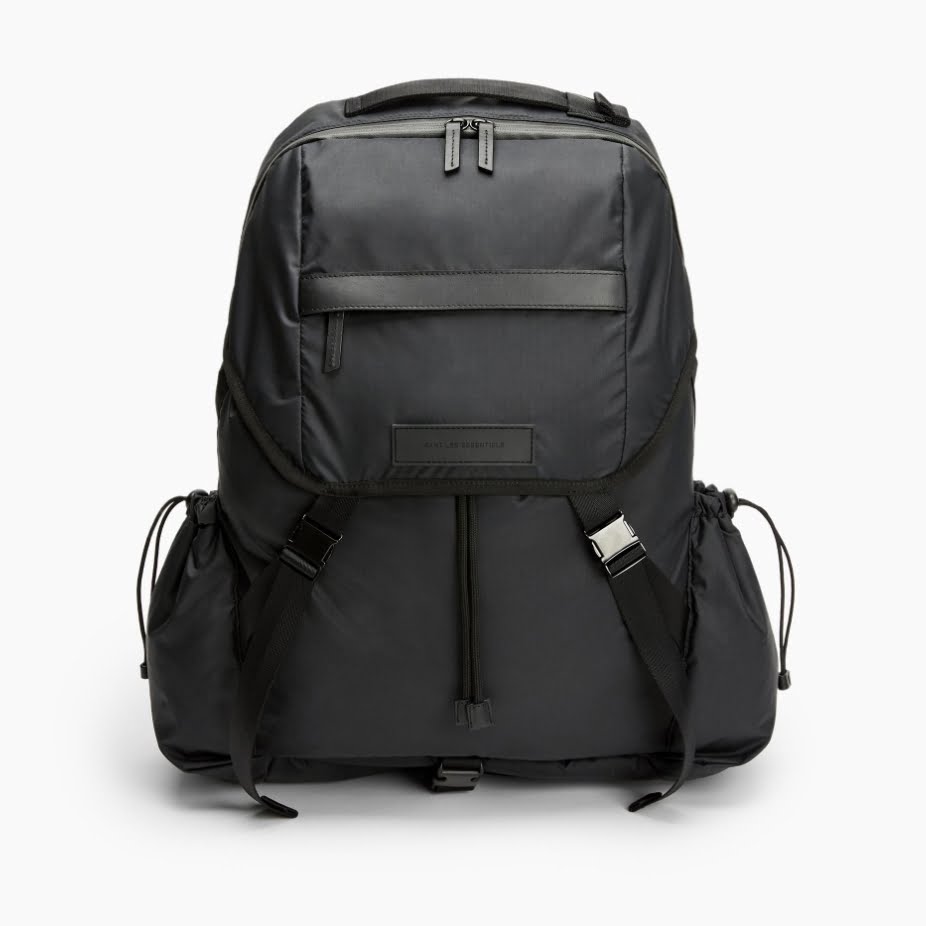 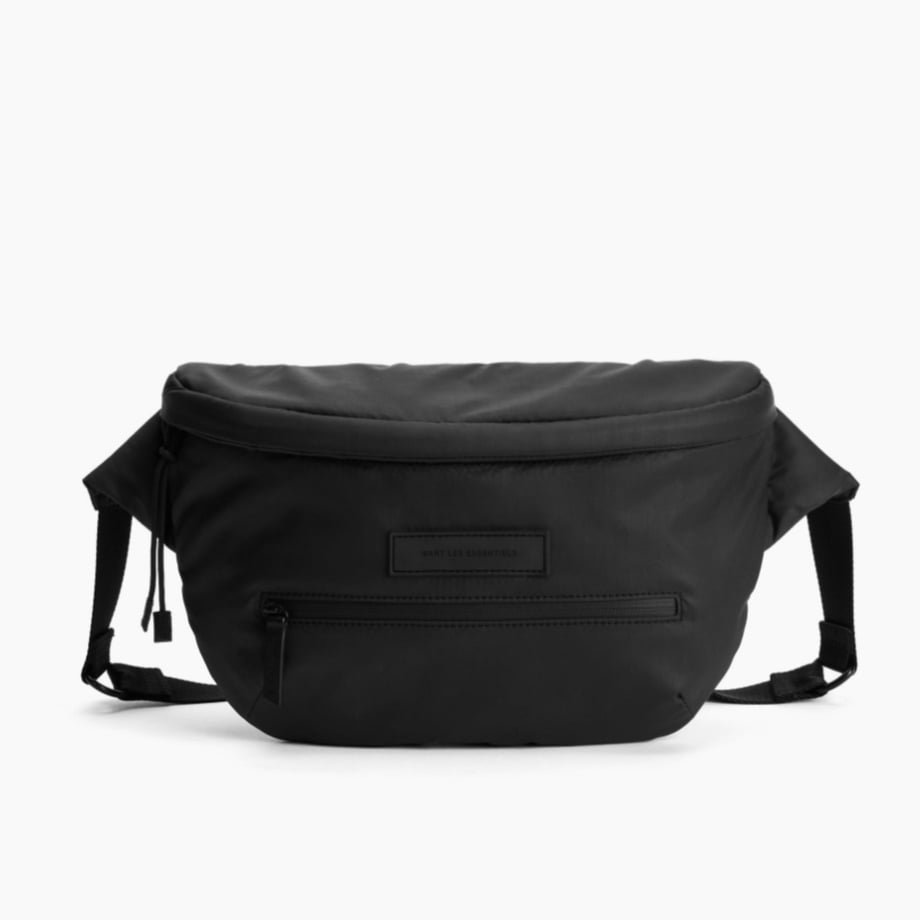 Fillmore Waist Pack
Versatile pack has an adjustable strap that allows it to be worn crossbody or around the waist. Two interior pockets easily fit a phone and charger. ($165 USD) 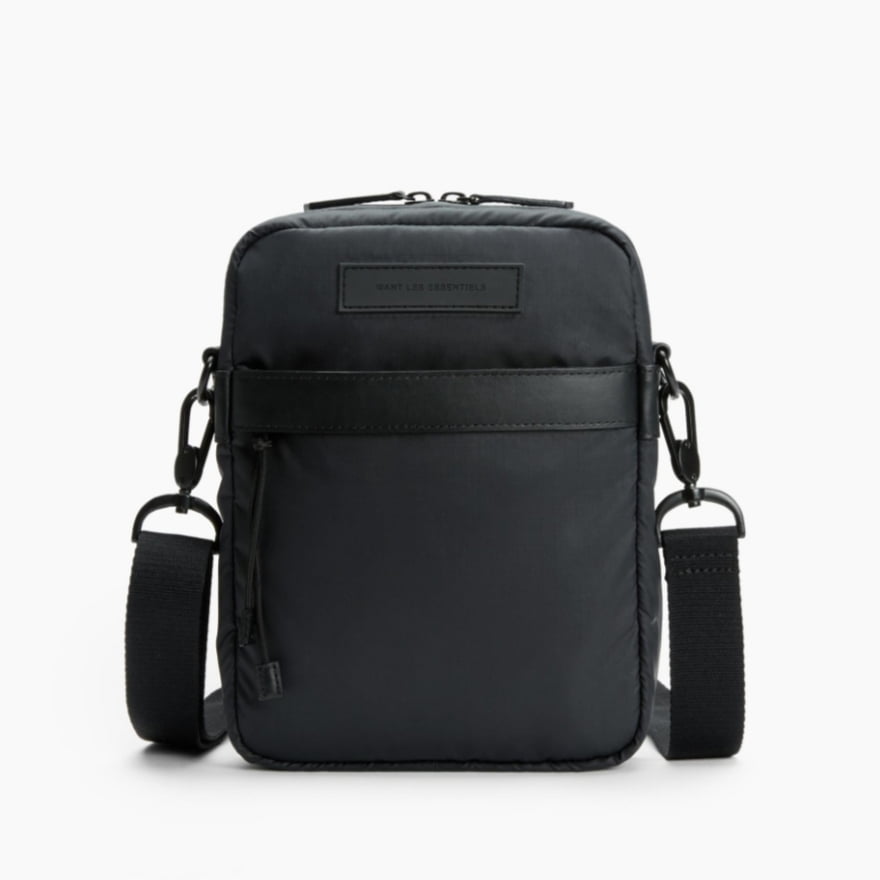 WANT les Essentiels’ Co-founders and CEOs Mark Wiltzer and Jacqueline Gelber say that the collection is being offered at an intentionally accessible price point: “We really wanted to make the collection very accessible and allow the consumer to participate in reducing the environmental footprint.”

London, UK – 05 June 2018: Two-time Wimbledon Champion, Andy Murray, has fulfilled the promise he made during WWF’s World Earth Hour to ‘go electric’ and become one of the world’s first Jaguar I-PACE customers on World Environment Day.

Supporting the commitment Murray made to switch to Jaguar’s first all-electric performance SUV in March this year, Panasonic Jaguar Racing driver and fellow WWF ambassador, Nelson Piquet Jr, visited the British tennis star at his training camp and made a special delivery ahead of the grass court season.

“It’s important we all take small steps to live a more sustainable life and think about the actions we can make to look after our planet. This is one of the reasons I’m making the switch to driving Jaguar’s new all-electric I-PACE. It’s clean and safe, but also has the world class design and sports performance that suits my lifestyle.”

“I think it’s brilliant that Andy has made this commitment to go electric and has been vocal in encouraging more people to take action and make little changes to live more sustainably.

“The Jaguar I-PACE is proof that you don’t have to sacrifice power or performance when you switch to electric.”

The Jaguar I-PACE is a ground-breaking electric vehicle with rapid charging from 0-80 per cent in 45 minutes and offers a range of up to 298 miles on a single charge. The I-PACE delivers sustainable sports car performance, next-generation artificial intelligence (AI) technology and five-seat SUV practicality to place Jaguar at the forefront of the electric vehicle revolution.

“Jaguar’s commitment to electrification is clearly demonstrated in the technological advancements they have made over the last couple of years, and their involvement in Formula E has been instrumental to that. It’s great to be part of this movement and to help promote and shape the future of battery electric vehicles,” added Piquet Jr.