Brokenint sought to mirror the musical fusion of classic House and Trance music in “Dancing Alone” through contrasting visual representations in a raw, warehouse rave space and an idyllic, but nostalgic mid 2000’s Ibiza clubbing experience. Axwell /\ Ingrosso whose songs have racked up a cumulative two billion streams worldwide produced the track, which they co-wrote with Roc Nation signed British singer-songwriter ROMANS. “Dancing Alone” has accumulated over 30 million global streams across all platforms.

Offering both a nod to the legacy and a glimpse at the future of electronic music, “Dancing Alone“ fills the void of the noughties rave trance sound as the duo skillfully combines frenetic synths and driving kick drums. Building upon ROMANS‘ emotive vocals in tandem with a catchy hook, the anthemic track effortlessly dives into a euphoric drop while maintaining Axwell /\ Ingrosso’s characteristic energy. Download / stream “Dancing Alone“ HERE or listen on YouTube HERE.

Why is she dancing alone?
Do you love me?
What’s the weather outside?
Where are you?
How are you?
Play me a song to dance to!

“Dancing Alone” follows Axwell /\ Ingrosso’s two massive 2017 hits “More Than You Know,” which has been certified multi-Platinum in 16 countries, Gold in four countries and Diamond in two, and “Dreamer,” featuring Trevor Guthrie. The songs are found on the duo’s debut album, More Than You Know. Eight of the album’s 13 tracks have charted in the top 10 of Billboard’s Dance Club Songs chart. Cumulatively, Axwell /\ Ingrosso have sold upwards of 13 million adjusted singles worldwide. 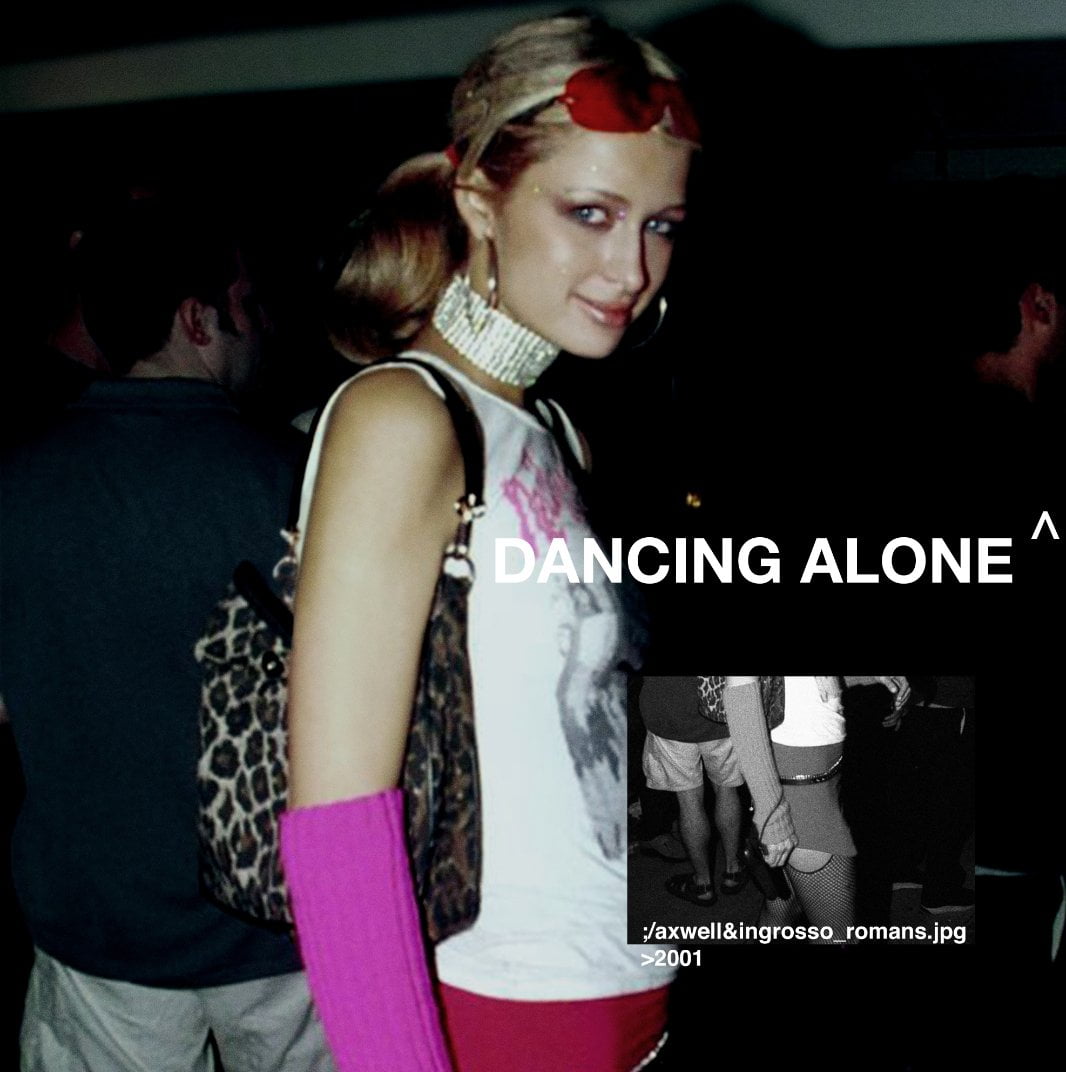 Axwell /\ Ingrosso are a Swedish dance music duo who have enjoyed success in electronic music for well over a decade. In addition, they make up two thirds of the legendary Swedish House Mafia. The first Axwell /\ Ingrosso album, More Than You Know, was released in October 2017. To date, it has racked up more than two billion streams and produced eight top ten singles on Billboard’s Dance Club Songs chart. The band consistently headlines festivals around the world.

Established in New York City and now finding its new home in the historic Capitol Records Tower in Los Angeles, Astralwerks was the brainchild of staffers at Caroline Records who saw an opportunity for a label focused on the emerging electronic and ambient scene. Having reached a milestone of 25 years, Astralwerks has quickly become a modern, artist-first label with a true focus on nurturing talent across the electronic genre and beyond. Acting with a scalable, independent and global thinking mentality with the capability to tap into the resources of a major label, has allowed Astralwerks to retain and sign up-and-coming artists such as Illenium, Jonas Blue, Alison Wonderland, EDEN, Sigma and Axwell /\ Ingrosso. As a testament to this pioneering approach, Astralwerks has amassed 30 GRAMMY nominations, taken home six GRAMMY Awards and had historic releases from the likes of The Chemical Brothers, Swedish House Mafia, Halsey, Porter Robinson, Phoenix, Eric Prydz, Fatboy Slim and many more.