Hzone, an innovative social networking app which is available on both Google Play store and Apple iTunes store, is designed to help HIV-infected singles to find companions and social support.

Hzone, a smartphone app specifically designed for HIV dating, was designed to make it possible for HIV-infected people to find the much-needed emotional support from society itself. Justin R, who was present at a recent press conference, claimed that the app could help people to increase their social engagements.

“People who are HIV-infected find dating and finding new friends excruciatingly difficult, as they are often subjected to HIV-related stigma as well as discrimination. However, medical science has proved that HIV-affected people can marry and even have kids. However, if someone is going to date an HIV-infected person or the other way around, both should be a little more careful and take a bit more responsibility than usual if they are going on a date or thinking about marriage,” said Justin, the CEO and managing director of Hzone.

“Hzone is a social networking app which we developed to help HIV singles and people from the LGBT community to socialize. It uses the location of the user’s phone to help people find similar-minded people nearby. The app also comes with a ‘Quick Match’ feature, which helps people to find and meet really interesting people by just swiping their screen to their ‘right’. If the other user likes back, it means that the duo can form a great pair as good friends. Our VIP members can even chat with other members as we do not put any restriction on chatting for our VIP members,” added Justin R.

As of now, Hzone is available on both Google Play store and Apple iTunes store.

The developer also informed that the users of the app can view other people who might be interested in the same fields or topics as them. Users are also allowed to share their experience on the social networking app with the entire community and express themselves in the most creative way possible.

Justin R said, “We cannot control all things in life and bad things sometimes happen, but we should always react to these changes positively. Our app could help HIV-infected people to find true love and emotional support from within society.”

New York’s firefighters are renowned across the world for their valor, dedication and sacrifice. Now, they have inspired the acclaimed UK artist Alexander Millar to create a new body of work that honors the city’s ‘Bravest’ and celebrates the qualities that make them some of the most extraordinary working people on the planet.

Taking inspiration from archive material from the New York City Fire Museum, and the Vulcan Society (a fraternal organization of Black Firefighters), including photographs of the 18th, 19th and 20th century firefighter, Millar has created a collection of portraits and cityscapes that show respect, humor and warmth for the everyday heroes of the city, communicating a strong sense of the people behind the uniforms.

Millar launched his new collection, Everyday Heroes • NYC, at the New York City Fire Museum on April 3rd. special guests were able to view original artwork in oil and pencil, all of which have been created especially for the museum in Millar’s trademark contemporary impressionist style.

After a short run at the museum, the show will transfer to the Millar Fine Art Pop-Up Gallery, on 138 Wooster Street, in Soho, New York on April 7th, 2018 for an expanded exhibition which will bring together critically-acclaimed work from recent years, alongside his new collection inspired by New York and its working people, from the fire department and beyond.

20% of the profits from sales of one of his new artworks, ‘Everyday Heroes’ will be donated, to the city’s Fire Museum and the Vulcan Society.

Images from last night’s event below 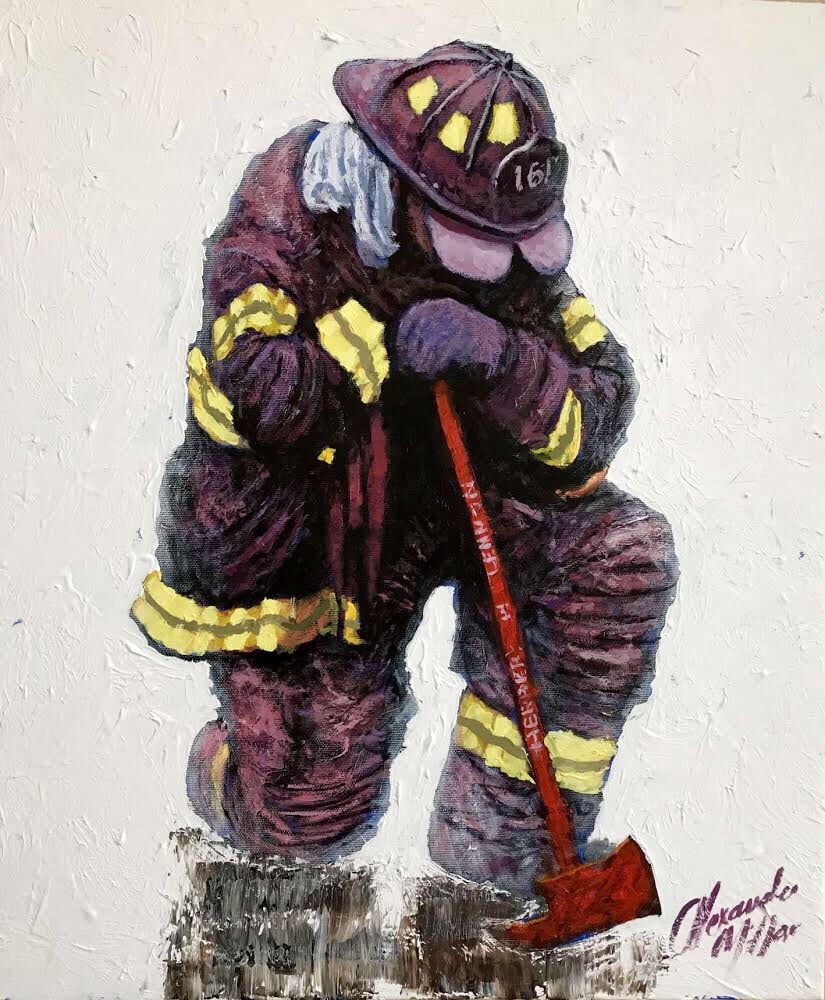 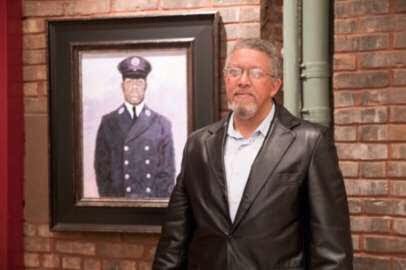 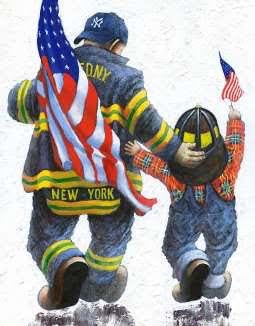 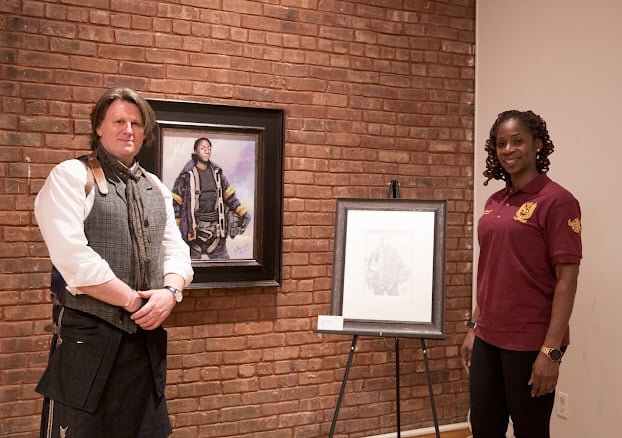 Alexander Millar is critically acclaimed for his depictions of industrial cities; his work is strongly influenced by the working men and women of the late 19th and 20th century. His subject matter combined with his impressionistic, impasto style has seen him described as JMW Turner meets LS Lowry.

Emotive and dramatic skies and industryscapes are created with a broad colour palette, loose, impasto brush strokes and an almost energetic and frenzied composition. With his impressionistic skies and landscapes, Millar brings to life eras and scenes that were arguably a struggle and a trial; yet his obvious fondness for the time and the people he paints gives a nostalgic and warm impression of days gone by.

Born and raised in the small mining community of Springside, just outside the town of Kilmarnock on the west coast of Scotland, Alexander Millar was surrounded by laborers, working men, and women, earning their trade in the mills, shipping industries, steelworks or railways.

The importance of these people to their communities and industries stuck with him, and they have become the central figures in his paintings ever since. Alexander Millar’s artwork focuses on the individuals and, latterly, the industryscapes in which they existed.

Nowadays, Alexander Millar is a self-taught artist known around the world, he has received great critical acclaim from some of the world’s most respected art critics. His work continues to be inspired by the working men and women of our communities and cities, and over the coming months and years will feature interpretations of 21st-century workers, in Alexander Millar’s unique style.

LGBT advocates launched the “No Gay? No Way!” campaign, spotlighting the eleven anti-LGBT locations in nine different states on Amazon’s recent list of finalists for its new headquarters. The campaign asks Amazon to select a market where all employees and customers will be protected from discrimination, and is planning a series of online and local activities to raise awareness.  The campaign launched with a Plane flying over Seattle (Amazon current HQ) with banner reading “”No Gay? No Way!” and a mobile billboard circulating throughout Amazon’s campus.You can view the billboard and other graphics at www.nogaynoway.com.