Exhibition A is pleased to announce its Cultural Partnership with NADA Miami 2017.

We are collaborating directly with Shara Hughes to launch a new print edition exclusive to NADA Miami 2017; a series of which will be enhanced by a hand-painted component that will draw on Hughes’ larger painting practice.

Hughes’ paintings offer glimpses into psychedelic landscapes and otherworldly portals; layered compositions that reveal as much as they conceal. Inspired by her purposeful painterly framing of her landscapes, we’ve collaborate with Hughes to release a series of fifteen painted frames to encase her new print edition, resulting in a sculptural realization of Hughes’ work. 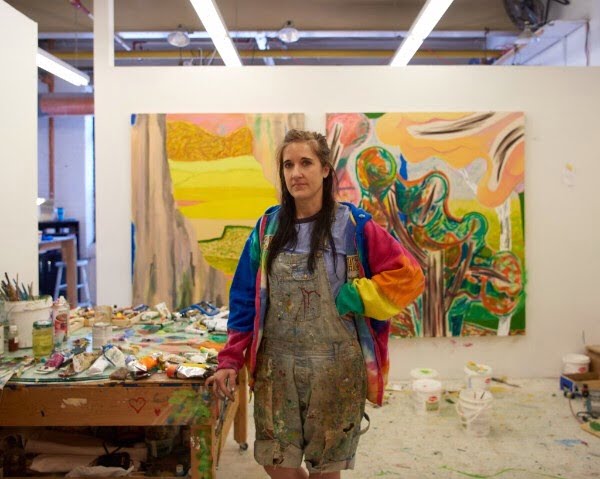 By collaborating directly with top contemporary artists to publish limited edition artworks sold for a fraction of gallery prices, Exhibition A broadens the world of contemporary art collecting. Acting as NADA’s Cultural Partner, we underscore our shared mission to provide collectors, artists, curators, gallerists, and the general public with alternative modes of distribution.

Exhibition A at NADA Miami

Open to the Public

THE THRILL OF IT ALL, SAM SMITH’S NEW ALBUM, IS OUT TODAY

“(SAM SMITH IS) ONE OF THE MIGHTIEST, MOST EXPRESSIVE SINGERS OF HIS GENERATION.”

“SAM SMITH IS A COLOSSAL FORCE IN CONTEMPORARY POP MUSIC.

The Thrill Of It All (Capitol Records), Sam Smith’s sophomore album, is now available at http://samsmith.world/TTOIAUS. Rolling Stone awarded it four stars and hailed Smith as “one of the mightiest, most expressive singers of his generation.” NPR declares, “Sam Smith is a colossal force in contemporary pop music.” The Thrill Of It All finds Smith once again working alongside close friend and long-time collaborator Jimmy Napes plus Timbaland, Malay, Jason “Poo Bear” Boyd and Stargate. He was also joined in the studio by The Dap Kings, gospel choirs and YEBBA, a young singer he discovered on YouTube, who duets with him on “No Peace.”

The album contains the global hit “Too Good At Goodbyes,” which debuted at No. 1 on Billboard’s Digital Song Sales chart and was certified Platinum by the RIAA today. The single topped the U.S. and U.K. iTunes charts and has over 500 million combined streams worldwide. Views of the official video, which can be seen HERE, are nearing 200 million.

Smith is launching The Thrill Of It All with a series of television appearances. He will perform on “The Tonight Show Starring Jimmy Fallon” on November 7 and on “TODAY” on November 8. View his Carpool Karaoke segment of “The Late Late Show with James Corden” HERE. Recently Smith performed on “Saturday Night Live” and “The Ellen DeGeneres Show.”

His interview with NPR’s “Morning Edition” airs today. Fans can get an early look at The New York Times’ in-depth feature on Smith slated to run in Sunday’s Arts & Leisure section, HERE.

Tickets are on sale now for the North American leg of The Thrill Of It All arenatour, which kick offs on June 18, 2018 at Air Canada Centre in Toronto and include shows at Barclays Center in Brooklyn (June 27), New York City’s Madison Square Garden (June 29) and STAPLES Center in Los Angeles (August 28 & 29). Each ticket purchased online for any of the U.S. dates on The Thrill Of It All tour will include a copy of Smith’s new album. For additional details, visit http://samsmithworld.com.

Released in June 2014, Smith’s In The Lonely Hour was the biggest selling U.K. male debut in the SoundScan era and went on to sell 13 million adjusted albums worldwide. In February 2015, Smith set a GRAMMY® record, winning a total of four awards – the most ever received by a U.K. artist following the release of a debut album. He was named Best New Artist, In The Lonely Hour took Best Pop Vocal Album honors and his single “Stay With Me” won awards for both Record and Song of the Year. Smith hasalso earned an Oscar, a Golden Globe, three Billboard Music Awards and three BRIT Awards, among others

The song encapsulates the feelings of the end of the Summer, fading tender memories of Summer romance as the world heads into Fall (Autumn). A slight change of tempo for the producer, he recorded the song in the Summer completing it recently in a studio in Paris and features Austin based singer and songwriter Max Frost. After it was finished, Snake immediately wanted to drop it for his fans worldwide.

In September, DJ Snake released his single, “A Different Way,” featuring Lauv.. Listen HERE. The track peaked at No. 1 on Shazam’s Future Hits chart and has racked up over 27million total combined streams since its release. DJ Snake had promised more music before Christmas time.

This week DJ Snake and Lauv are to shoot the video for the their current single in Los Angeles with director Colin Tilley, who filmed his historic journey on September 6th through the streets of Paris to the roof of the Arc De Triomphe broadcast to over 3 million fans on Facebook and Instagram Live using ground breaking technology to stream seamlessly on both platforms. The extended version of the piece is set to be released in November.

DJ Snake has been nominated for an American Music Award for Favorite Artist in Electronic Dance Music. The awards will be handed out live on Sunday, November 19th, at 8/7c on ABC.

DJ Snake (AKA William Grigahcine) has had an incredible year since releasing his debut album, Encore, last August. The album hit No. 1 on the Dance chart and Billboard’s Top Dance/Electronic Albums chart and debuted in the Top 10 around the world, including at No. 8 on the Billboard Top 200 chart. DJ Snake also scored his first No. 1 record last year with “Let Me Love You,” featuring Justin Bieber, which has been certified 4x-platinum. He has since amassed over 3.5 billion streams, thanks to the success of his additional hits “Turn Down For What,” “Get Low,” “You Know You Like It,” “Lean On,” and “Middle.” In addition, DJ Snake spent the year headlining festivals worldwide including Lollapalooza Paris and Chicago, HARD Summer, Ultra Miami, and Tomorrowland, and closing out Coachella’s Outdoor Stage in April. In September, he performed a history-making show atop the Arc De Triomphe in Paris to announce and preview “A Different Way.”

For the first time in the history of Grand Tour cycling competitions, in 2018 the Grande Partenza and initial stages of Giro d’Italia will be held outside of Europe — in Israel. Along with Tour de France and La Vuelta a Espana, Giro d’Italia is integral to the pro tour calendar.

Sports Tours International, the UK-based provider of vacations built around nail-biting, world-class competitions, has been named an Official Tour Operator for Giro d’Italia 2018. This marks the first time that Sports Tours International’s competition-driven vacations will be introduced to Israel. The company plans a range of vacation options to catch the thrills of Giro d’Italia. These include ride and watch packages and VIP treatment at finish lines and hospitality suites in the center of Jerusalem where the wheels begin to turn as well as at stage finishes in Tel Aviv and Eliat. See: https://www.sportstoursinternational.co.uk/events/2018-giro-ditalia-grande-partenza-jerusalem/.

There will be a 10km time trial on May 4 in Jerusalem’s Old City, followed by two road stages on May 5 and 6. Day Two begins at the scenic Baha’i Gardens in Haifa, passing through historic Acre and Caesarea before riders head to the finish line on Tel Aviv’s beachside promenade in a stage totaling 167km.

Day Three begins in Beer Sheva and takes in southern Israel’s most dramatic scenery including the breath-taking Ramon Crater, finishing at the Red Sea resort of Eilat, totaling 226km.

“This is a fantastic opportunity for cycling fans to experience one of the biggest events on the racing calendar. Sports Tours International has a long history of partnering with the Giro and can provide superb ride and watch packages. Anyone interested should register now as this is bound to be a popular event,” said Sports Tours International’s Head of Product and Operations Alex de Waard. 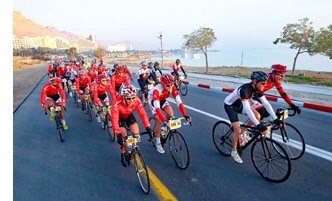 Sports Tours International suggests booking event-viewing packages early to guarantee being in the heart of the action. For more information or to register interest please visit www.girotours.com.

Sports Tours International is Europe’s leading specialist in sports travel. Since inception in 1973 they have hosted thousands of participants and spectators at major sporting events worldwide. With the tagline, Fanatical about Sport, the company’s initial roots came from a devotion to running when founder Vince Regan began taking runners to the NYC Marathon. Since the early 2000s, the company now embraces international cycling events and triathlon competitions, sports training camps and corporate hospitality. Clients often can participate in events with the pros and are encouraged to “unleash your inner hero” or when it’s not possible to compete, there’s the ability to be active spectators along the routes and “watch your heroes.”