The EP follows up Mondo Cozmo’s critically acclaimed 2017 full-length debut, Plastic Soul—which housed the hits “Shine,” “Hold On To Me,” and “Automatic.” It saw him perform across the country to sold out shows and even made his television debut onJimmy Kimmel Live!.

The four-track EP shows an elevated sound for Mondo Cozmo. “Tonight Tonight”(produced by John Hill (Portugal The Man), kicks off with rustling guitar that pick up into an infectious percussion. Soon, his voice takes hold, spinning a cinematic scene about “city boy blues” and “suicide queens” before the festival-ready chant, “Tonight, tonight, tonight.” Elsewhere on the EP, “Your Motherfucker” sounds like the bastard child of LCD Soundsystem and Jeff Buckley, marrying glitchy dancefloor beats and evocative lyricism. That’s just the half of it though. Check out the full tracklisting below!

Your Motherfucker EP comes right in the middle of his tour with Vance Joy. The sold-out dates have run across the country and continue into mid-July- see full tour dates atwww.mondocozmo.com/tour

With this new music and a ton of touring, Mondo Cozmo is back motherfuckers… 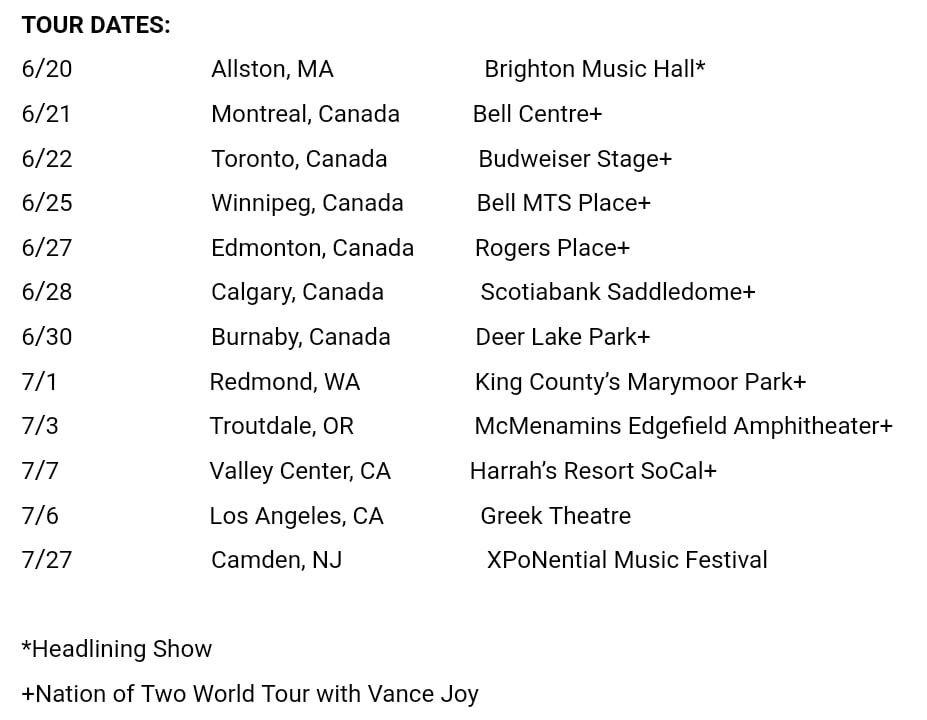