The Quail, A Motorsports Gathering brought together automobile and motorcycle enthusiasts from around the world. The event began in 2003 in Carmel, California and is located at the Quail Lodge and Golf Club. The gathering had a limit of 5,000 people and a ticket lottery system, which is probably why it is now one of the most popular events in Monterey Car Week. Los Angeles natives drove over five hours for this event. However it was closer to San Francisco at just a little over two hours.

The exhibit area stretched the length of 1-2 football fields and at the entrance, you were handed a glass of champagne. Tickets included parking, a collectible event poster and magazine, a gourmet lunch, fine wine and speciality cocktails. Alongside the handcrafted cocktails were culinary stations throughout the exhibition. 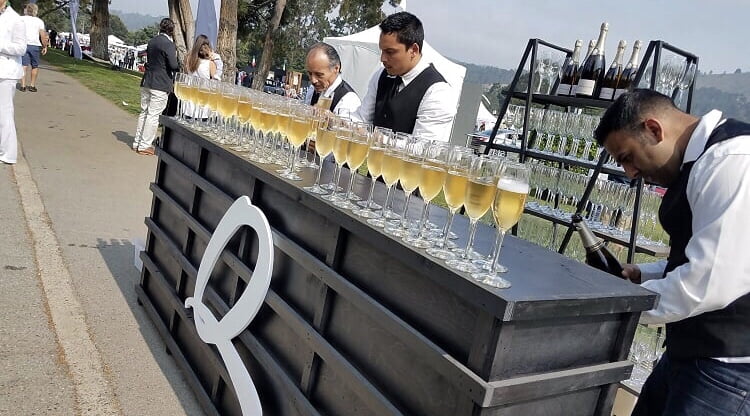 One of the most intriguing exhibits included Infiniti and Lexus as well as the Ferrari presentation of parked cars. The Robert Graham lifestyle and apparel brand made an appearance as well. There was also a show titled The Spirit of the Mille Miglia. This highly influential event celebrated its sixteenth year on August 24, 2018 and has many more to come. 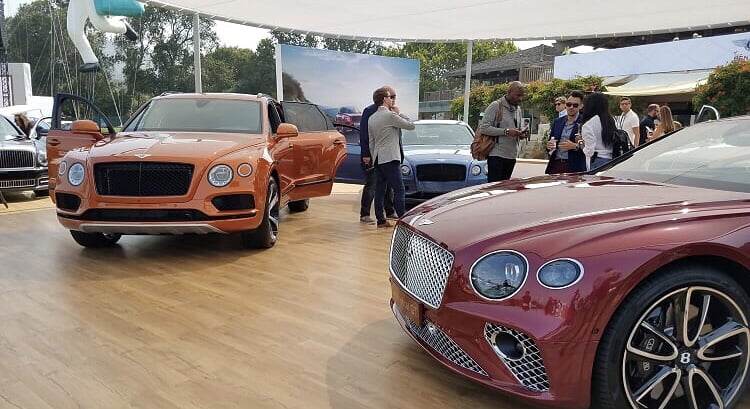 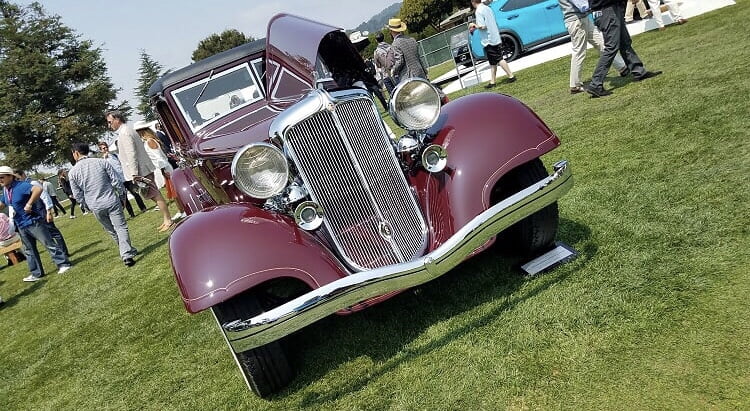 Special shows this year included 70 Years of the Iconic Porsche 365 (which was shown at the beginning of the exhibit with a Bugatti on display right before the entrance) and the Alois Ruf Reunion. Featured alongside were Pre-War Sports and Racing, Custom Coachwork, Supercars, the Great Ferraris, Porsche and Ruff classes.

Summer always goes by in flash, not unlike the high performance vehicles on display at The Quail, A Motorsports Gathering. This year was no exception, and the time has already come to reflect on the event’s many highlights.

For car enthusiasts around the world, The Quail remained among the most memorable dates on the calendar. Here, the finest vintage automobiles and the latest marvels took center stage against a beautiful coastal backdrop. Among this year’s head-turners was the stunning new 2019 Acura NSX in Thermal Orange Pearl, making its public debut at the event. And that Thermal Orange Pearl specialty cocktail was also quite the crowd pleaser.

If you were seeking sporty performance vehicles other than supercars, Acura brought out striking A-Spec® variants of their newest MDX, RDX and TLX models. Since its inception, Acura has been committed to Precision Crafted Performance – on and off the track. And both their production models and motorsports projects showcase the automotive icon’s boundary-breaking ethos that is beautifully showcased at The Quail, A Motorsports Gathering.

360 Magazine was recently invited to test-drive the redesigned 2018 Buick Enclave Avenir FWD 1 SP in Carmel, California. The model type avenir derives from a concept car introduced in 2017. Avenir translates to “future” in French and the modern aesthetics do not disappoint. Buick has since mirrored those design elements on multiple vehicles.

Walking up to the luxury three row crossover, drivers can start their engine with a new remote start key. The Enclave introduces sharper lines and athletic curves. The headlights and taillights are slimmer to create a skinnier look when in fact the vehicle is larger. Speaking of size, family trips just became easier with a spacey seven seater inside and roomy trunk. Buick reaped the benefits of high strength steel shaving roughly 400 pounds off the previous model.

This lifestyle voyager sets the stage featuring a bespoke-like interior with a two tone color pattern making the Enclave an executive family car perfect for a trip or a late-night urban outing. Avenir has not only set the bar with design but also in technology as a revolutionary rear view mirror transforms into a screen bleeding to the edges of the mirror for a second back-up camera that faces an eye level view. This camera travels faster than five mph to give a real-time view of moving surroundings. Apple CarPlay is also a new feature for iPhone users to drive safely. Located under the tail, drivers can kick a foot activated swivel to open the trunk. Finding the hands free lever becomes easier with a ghost lit Buick emblem highlighting the lever area.

The team alongside Buick explored Carmel-by-the-sea and the fairytale land the city has to offer. The team joined Carmel Valley Ranch to see the daily life of a professional beekeeper. 360 handled the bees, watched honey come to life and even found the queen bee do her thing. While driving around the beach-city on California’s Monterey Peninsula, Buick stopped at the harbor for a kayaking expedition.  In-between adventures, the team had a chance to get acquainted with the smooth feel and driving style of the vehicle.

The Enclave packs a 3.6L V6 with 310 HP and also includes stop/start technology. Peak horsepower comes in at 6,800 RPM thanks to a nine speed automatic transmission. As one of the top luxury models, quiet cabins are enforced with QuietTuning. The weight saving translates to nimble handling and ride is soft while the body leans in the corners. The Buick Enclave Avenir’s base price is set at $53,500. Additional information can be found on their website. 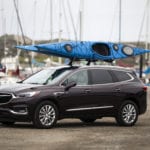 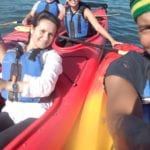 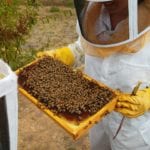 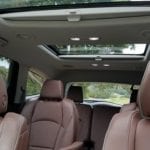 From August 18, Monterey County became America’s capital of automotive culture. The Monterey Car Week, which ends on August 26, has attracted thousands of enthusiasts, with Pirelli – a vital partner of the world’s most exclusive car manufacturers – playing a starring role.

The Italian firm is sponsor of ‘The Quail, A Motorsports Gathering’, which is one of the key events of the Californian car week, with more than 5000 visitors and 250 cars. Now celebrating its 16th anniversary, this event is synonymous with exclusivity. Starting from the venue: the Quail Lodge & Golf Club in Carmel, an oasis of green set against the backdrop of the imposing Santa Lucia mountains in California.

The brands present among the 250 acres of The Quail are just as impressive. Among them are Pagani, McLaren and Lamborghini – all of whom use Pirelli tires exclusively as original equipment – which have chosen The Quail as the venue to exhibit some of the most important models in their range.

Pirelli is also showcasing some of its most iconic products. First and foremost is the P Zero, the ultra high performance tire chosen by some of the world’s most powerful supercars, many of which are present at the Quail.

The Collezione range also takes pride of place: a family of tires developed by Pirelli for classic cars that combine modern technology with vintage looks. These use cutting edge compounds to offer maximum grip and water evacuation, in order to guarantee the highest standards of safety and dependability without compromising on looks.

As a result, Collezione tires are on many of the classic cars at The Quail, which is just as much about timeless classics as it is about modern cars. Among there are a number of examples of the Lamborghini Espada and Lamborghini Islero, which celebrate their 50th birthdays, not to mention the iconic Porsche 356, which first saw the light of day exactly 70 years ago.

It’s this blend of the past and future, as well as enthusiasm for cars and the finer things in life, which make The Quail one of the jewels in the crown of Monterey Car week. It’s a unique event, where car manufacturers share the space with six gourmet pavilions – including one dedicated to Italian food, which is also sponsored by Pirelli. It all adds up to an unforgettable and uniquely refined atmosphere.

Pirelli and Pagani 10 years of technical partnership at The Quail

The 2018 Quail also marked an important landmark: 10 years of technical partnership between Pirelli and Pagani. Back in 2008, Horacio Pagani first decided to entrust Pirelli with the task of making tires for his increasingly powerful and exclusive hypercars built in Modena.

It was an Italian marriage that got off the best possible start when, only a few months later, a Pagani Zonda equipped with P Zero, set a new record at the Nürburgring. Since then the partnership has gone from strength to strength. Every Pagani car now leaves the factory on made to measure Pirelli tires. This tailor-made approach, a cornerstone of Pirelli’s philosophy, has ensured the highest standards of performance and safety for Pagani since 2008. It’s a genuine partnership, with Pirelli’s engineers working hand in hand with their counterparts at Pagani throughout all the phases of research and development, coming up with compounds and processes that are specifically suited to the characteristics of each model.